Thomas Smith (1754 – March 3, 1833) was a land surveyor, merchant and political figure in Upper Canada. He represented Kent in the Legislative Assembly of Upper Canada from 1796 to 1800. 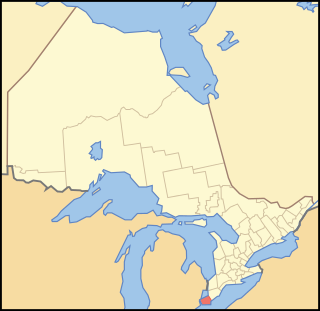 Essex County is a primarily rural county in Southwestern Ontario, Canada comprising seven municipalities: Amherstburg, Kingsville, Lakeshore, LaSalle, Leamington, Tecumseh and the administrative seat, Essex. Essex County has a population of 181,530 as of the Canada 2016 Census.

Earl of Sandwich is a noble title in the Peerage of England, held since its creation by the House of Montagu. It is nominally associated with Sandwich, Kent. It was created in 1660 for the prominent naval commander Admiral Sir Edward Montagu. He was made Baron Montagu, of St Neots in the County of Huntingdon, and Viscount Hinchingbrooke, at the same time, also in the Peerage of England. The viscountcy is used as the courtesy title by the heir apparent to the earldom. A member of the prominent Montagu family, Lord Sandwich was the son of Sir Sidney Montagu, youngest brother of Henry Montagu, 1st Earl of Manchester, and Edward Montagu, 1st Baron Montagu of Boughton. 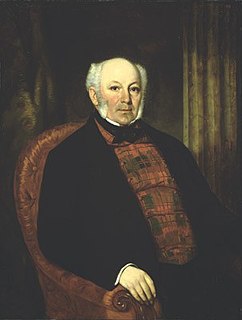 Sir Allan Napier MacNab, 1st Baronet was a Canadian political leader who served as joint Premier of the Province of Canada from 1854 to 1856.

The courts of quarter sessions or quarter sessions were local courts traditionally held at four set times each year in the Kingdom of England from 1388 until the end of the kingdom, then in 18th-century Great Britain, in the later United Kingdom, and in other dominions of the British Empire.

John Beverley Robinson was a Canadian politician, lawyer and businessman. He was mayor of Toronto and a provincial and federal member of parliament. He was the fifth Lieutenant Governor of Ontario between the years 1880–1887. 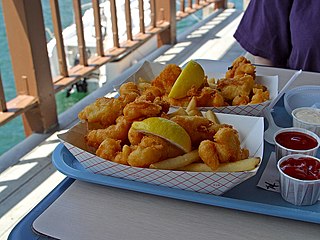 Fried fish refers to any fish or shellfish that has been prepared by frying. Often, the fish is covered in batter, egg and breadcrumbs, flour, or herbs and spices before being fried and served, often with a slice of lemon.

François Baby was a French-Canadian businessman, soldier, and politician in Upper Canada. He was based in Detroit when it was still under the control of Great Britain and before it was ceded to the newly independent United States. After the British evacuated Fort Detroit in 1796, he moved with his family across the Detroit River and established residence in Sandwich.

Hon. James Duperon Bâby was a judge and political figure in Upper Canada.

James Howard Clark was a politician in Ontario, Canada. He was speaker of the Legislature of Ontario from 1939 to 1943 and served as Liberal MPP for Windsor—Sandwich from 1934 to 1943.

Cudighi is a spicy Italian sausage seasoned with sweet spices that can be bought in links or served as a sandwich on a long, hard roll, often with mozzarella cheese and tomato sauce. Although it originated in Italy, it is now primarily served in the Upper Peninsula of Michigan in the United States.

John McGregor was a businessman and political figure in Upper Canada.

William Bent Berczy was a farmer, painter and political figure in Upper Canada.

Sidney Smith, was a lawyer and political figure in Canada West. 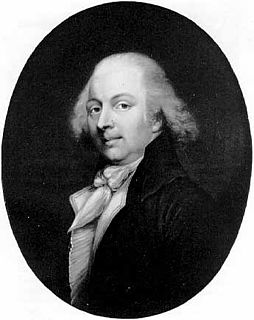 John Webber was an English artist who accompanied Captain Cook on his third Pacific expedition. He is best known for his images of Australasia, Hawaii and Alaska.

The Patriot War was a conflict along the Canada–United States border where bands of raiders attacked the British colony of Upper Canada more than a dozen times between December 1837 and December 1838. This so-called war was not a conflict between nations; it was a war of ideas fought by like-minded people against British forces.

Richard Pattinson was a merchant, ship owner and political figure in Upper Canada. He represented Essex in the Legislative Assembly of Upper Canada from 1812 to 1816.

William Elliott was an English-born lawyer, farmer and political figure in Upper Canada. He represented Essex in the Legislative Assembly of Upper Canada from 1830 to 1834 as a Conservative.

Samuel Smith MacDonell, was a lawyer and politician in Ontario, Canada. He served as the first mayor of Windsor in 1858.