Smith was the son of John Smith, DL, JP, of Glasgow (1885–1954) and his wife, Agnes McFarlane. [1] He was educated at Glasgow High School and Sedbergh School in Yorkshire.

Smith studied law at Christ Church, Oxford, (MA 1937, Boulter exhibitioner, Eldon Scholar). He was called to the English Bar by Gray's Inn in 1938.

He served in the Gordon Highlanders and Royal Artillery from 1939 to 1946, being wounded in Italy, and was mentioned in dispatches. He reached the rank of Lieutenant-Colonel. Smith was attached to the Foreign Office in 1946–1947.

He was admitted to the Faculty of Advocates in Scotland in 1947. He obtained a DCL (Oxon) in 1956 and a LL.D from the University of Edinburgh in 1980. He was awarded an honorary doctorate (LLD) at the University of Cape Town.

In 1977 he was elected a Fellow of the Royal Society of Edinburgh. His proposers were John Cameron, Lord Cameron, Lord Balerno, George Murray Burnett and Anthony Elliot Ritchie and Sir Thomas Malcolm Knox. He was knighted by Queen Elizabeth II in 1981. [2]

In 1949 he became Professor of Scots Law at the University of Aberdeen and was Dean of the Faculty of Law 1950-1953 and 1956–1958. In 1956 he became a Queen's Counsel. From 1958 to 1968 he was Professor of Civil Law at the University of Edinburgh and from 1968 to 1972 Professor of Scots Law. He was a part-time member of the Scottish Law Commission 1965-1972 and full-time 1972–1980. In 1980 he became the General Editor of the Laws of Scotland: Stair Memorial Encyclopedia. Professor Smith was Visiting Professor at Tulane University (Louisiana) 1958 and at Harvard Law School 1962-1963 and he was Tagore Professor, Calcutta, 1977. He was United Kingdom representative to committees of experts at the International Institute for the Unification of Private Law (UNIDROIT) and the Council of Europe. He has been described as one of the most influential, interesting and controversial figures in the development of modern Scots law. [3]

Smith published a large number of works on legal subjects. Among those were:

His portrait in office, by Tim Cockburn, is held by the University of Edinburgh. [4]

Edinburgh Law School, founded in 1707, is a school within the University of Edinburgh, Scotland, United Kingdom dedicated to research and teaching in law. It is located in the historic Old College, the original site of the University. Two of the twelve currently sitting Supreme Court of the United Kingdom justices are graduates of Edinburgh, including the current President and Deputy President.

Gordon Donaldson, was a Scottish historian. 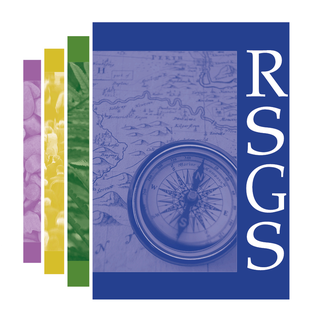 The Chair of Scottish History and Literature at the University of Glasgow was founded in 1913, endowed by a grant from the receipts of the 1911 Scottish Exhibition held in Glasgow's Kelvingrove Park, as well as donations from the Merchants House of Glasgow and other donors. The chair has been held by a number of prominent historians of Scotland, including two Historiographers Royal. Although the chair is now based within the Department of History, it retains its original title.

Andrew Dewar Gibb MBE QC was a Scottish advocate, barrister, professor and politician. He taught law at Edinburgh and Cambridge, and was Regius Professor of Law at the University of Glasgow 1934–1958. Gibb was the leader of the Scottish National Party (SNP) from 1936 to 1940.

The School of Law at the University of Glasgow provides undergraduate and postgraduate courses in Law, and awards the degrees of Bachelor of Laws, Master of Laws, LLM by Research, Master of Research (MRes) and Doctor of Philosophy, the degree of Doctor of Laws being awarded generally only as an honorary degree. 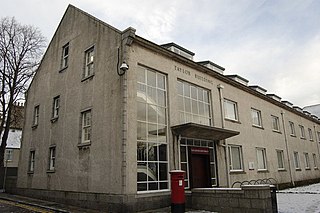 David Maxwell Walker was a Scottish lawyer, academic, and Regius Professor of Law at the University of Glasgow.

Thomas Ferguson RodgerCBE FRCP Glas FRCP Ed FRCPsych was a Scottish physician who was Professor of Psychological Medicine at the University of Glasgow from 1948 to 1973, and Emeritus Professor thereafter. He joined the Royal Army Medical Corps during the Second World War and rose to become a consultant psychiatrist with the rank of Brigadier.

Sir Ernest MacLagan Wedderburn was a Scottish lawyer, and a significant figure both in the civic life of Edinburgh and in the legal establishment. He held the posts of Professor of Conveyancing in the University of Edinburgh (1922–35), Deputy Keeper of the Signet (1935–54), and Chairman of the General Council of Solicitors (1936–49), the forerunner to the Law Society of Scotland, and chaired the latter 1949/50. He was also an enthusiastic amateur scientist, and first Treasurer then Vice President of the Royal Society of Edinburgh.

Charles Frederick William Illingworth was a British surgeon who specialised in gastroenterology. Along with a range of teaching and research interests, he wrote several surgical textbooks, and played a leading role in university and medical administration.

Events from the year 1909 in Scotland.

Prof William Adam Wilson OBE FRSE FBA FRSA (1928–1994) was a 20th-century Scottish lawyer who served as Professor of Scots Law att Edinburgh University. He was known in authorship as W. A. Wilson and informally as Bill Wilson.