Williamson, the only son of Rev. William and Mary (Smith) Williamson, was born at Fair Forest, Union District, S. C., in March, 1800; in 1805 his father, wishing to set at liberty the slaves which he had inherited, moved to Manchester, Ohio.

He graduated from Jefferson College, Canonsburg, Pa , in 1820, and soon after began to read medicine with his brother-in-law, Dr. William Wilson, of West Union, Ohio. He also attended a course of medical lectures in Cincinnati, before attending the Yale Medical School, where he graduated in 1824. On receiving his degree he settled in Ripley, Ohio, where he soon gained a good practice, and was married, April 10, 1827, to Margaret, daughter of Col. James Poage

A half-formed purpose to devote themselves to missionary work was rendered stronger by the early deaths of their first three children; and after spending one winter at Lane Theological Seminary, Cincinnati, and being licensed to preach the gospel, Dr. Williamson was appointed by the American Board in the spring of 1834 to visit the Indian tribes west of and near the Mississippi River and north of the State of Missouri. The result was the establishment by the Board of a new mission, of which Dr. Williamson was put in charge. As soon as navigation opened in the spring of 1835, he left Ohio with his family, and until 1846 was stationed at Lac-qui-parle, among the Dakotas, in the western part of what is now the State of Minnesota. In 1846 he removed to Kaposia, five miles below St. Paul, and after the cession of these lands to the government, followed the Dakotas in 1852 to their reservation, and selected as his residence a spot some thirty miles south of Lac-qui-parle. He continued there until the Indian outbreak in 1862, and afterwards made his home at St. Peter, Minn., where he died, June 24, 1879, in his 80th year. His wife died in July, 1872.

From the time of his entrance on the missionary work, he gave himself unreservedly to the elevation and Christianization of the Dakotas; he lived to see among them ten native ordained ministers and about 800 church members, connected with the churches which he had planted. The crowning work of his life, the translation of the Bible into the language of the Sioux nation, was only completed, in connection with Rev. Dr. Riggs, about three months before his death. His three surviving sons were all college graduates, and one of them was associated with his father in the missionary work. 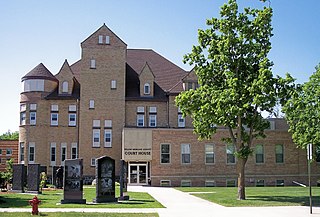 Yellow Medicine County is a county in the State of Minnesota. Its eastern border is formed by the Minnesota River. As of the 2010 United States Census, the population was 10,438. Its county seat is Granite Falls. 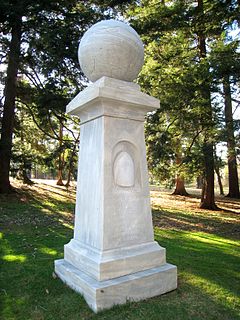 The American Board of Commissioners for Foreign Missions (ABCFM) was among the first American Christian missionary organizations. It was created in 1810 by recent graduates of Williams College. In the 19th century it was the largest and most important of American missionary organizations and consisted of participants from Reformed traditions such as Presbyterians, Congregationalists, and German Reformed churches.

Philander Chase was an Episcopal Church bishop, educator, and pioneer of the United States western frontier, especially in Ohio and Illinois. 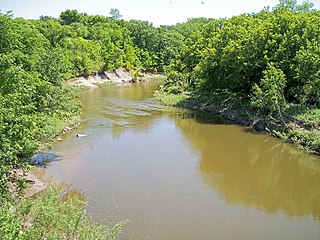 Little Crow V was a chief of a band of the Mdewakanton people. The Mdewakanton had been displaced by the Ojibwe/Chippewa from their ancestoral lands around Milacs Lake. They relocated to the east side of the Mississippi river, between Wakan tipi and the Pigseye wetlands, until the area was ceded by treaty. The Kaposia tribe moved across the river from the wetlands to what is now South St. Paul where Little Crow was born. Contemporary authorities now claim that Little Crow's name is a mistranslation of his grandfather's, Čhetáŋ Wakhúwa Máni.

Mdewakantonwan are one of the sub-tribes of the Isanti (Santee) Dakota (Sioux). Their historic home is Mille Lacs Lake in central Minnesota. Together with the Wahpekute, they form the so-called Upper Council of the Dakota or Santee Sioux. Today their descendants are members of federally recognized tribes in Minnesota, South Dakota and Nebraska of the United States, and First Nations in Manitoba, Canada.

Eli Smith was an American Protestant missionary and scholar. He graduated from Yale College in 1821 and from Andover Theological Seminary in 1826. He worked in Malta until 1829, then in company with H. G. O. Dwight traveled through Armenia and Georgia to Persia. They published their observations, Missionary Researches in Armenia, in 1833 in two volumes. Eli Smith settled in Beirut in 1833. 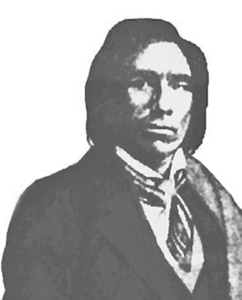 Joseph Renville (1779–1846) was an interpreter, translator, expedition guide, Canadian officer in the War of 1812, founder of the Columbia Fur Company, and an important figure in dealings between white men and Dakota (Sioux) Indians in Minnesota. He contributed to the translation of Christian religious texts into the Dakota language. The hymnal Dakota dowanpi kin, was "composed by J. Renville and sons, and the missionaries of the A.B.C.F.M." and was published in Boston in 1842. Its successor, Dakota Odowan, first published with music in 1879, has been reprinted many times and is in use today. 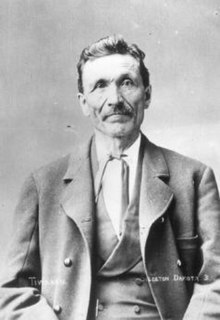 Gabriel Renville was Chief of the Sisseton Wahpeton Oyate Sioux Tribe from 1866 until his death in 1892. He opposed conflict with the United States during the Dakota War of 1862. Gabrielle Renville's influence and political leadership were critical to the eventual creation of the Lake Traverse Indian Reservation, which lies mainly in present-day South Dakota.

Enmegahbowh was the first Native American to be ordained a priest in the Episcopal Church in the United States of America. 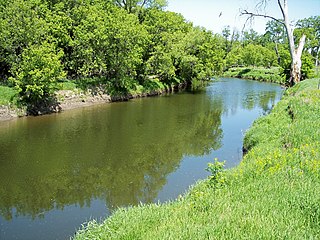 Stephen Return Riggs was a Christian missionary and linguist who lived and worked among the Dakota people. 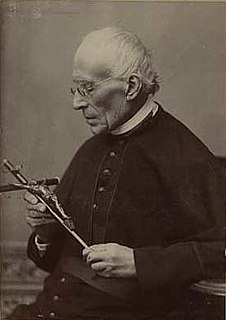 Augustin Ravoux was a French Jesuit priest and missionary who served in the area preceding Roman Catholic Archdiocese of Saint Paul and Minneapolis, in Minnesota.

Der Wahrheitsfreund or Der Wahrheits-Freund was the first German language Catholic newspaper in the United States and one of many German-language newspapers in Cincinnati, Ohio during the nineteenth century. It was published by the Roman Catholic Archdiocese of Cincinnati, and proceeds went to the St. Aloysius Orphan Society. 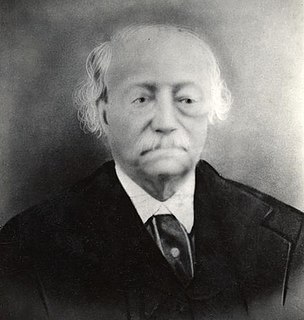 Hypolite Dupuis was known as a "veritable old settler" in the Minnesota River Valley when it was largely inhabited by Native Americans. He was a French Canadian fur trader who eventually settled in Mendota, Minnesota, opened the first general store there, and served as the first treasurer of Dakota County. 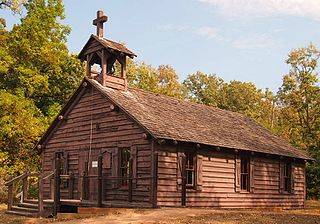 Lac qui Parle Mission is a pre-territorial mission in Chippewa County, Minnesota, United States, which was founded in June 1835 by Dr. Thomas Smith Williamson and Alexander Huggins after fur trader Joseph Renville invited missionaries to the area. Lac qui Parle is a French translation of the native Dakota name, meaning "lake which speaks". In the 19th century, the first dictionary of the Dakota language was written, and part of the Bible was translated into that language for the first time at a mission on the site of the park. It was a site for Christian missionary work to the Sioux for nearly 20 years. Renville was related to and had many friends in the native community, and after his death in 1846, the business was taken over by the "irreligious" Martin McLeod. The Indians became more hostile to the mission, and in 1854 the missionaries abandoned the site and relocated to the Upper Sioux Agency. 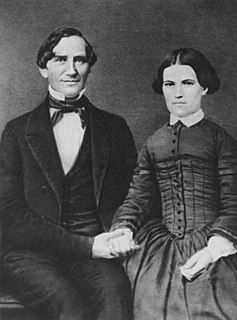 George Warren Wood (1814–1901) was a Presbyterian minister and missionary who became the secretary of the Congregationalist American Board of Commissioners for Foreign Missions. He was an early missionary to Armenia under Cyrus Hamlin.

John Poage Williamson was an American missionary, politician, and writer.