Thomas Christian Sneum (21 May 1917 Fanø - 3 February 2007 Roskilde) was a Danish flight officer who was among the first British agents in Denmark during World War II. His most spectacular achievement was when, in 1941, he photographed two German Freya radar stations on Fanø. In the night of 21–22 June 1941 he and pilot Kjeld Pedersen made a spectacular escape from Denmark to Great Britain in a D.H. Hornet Moth. [2] This would later inspire Ken Follett to write his novel Hornet Flight . [3]

Sneum stated he had planned to assassinate Heinrich Himmler in February 1941 with a longbow from a room in Hotel d'Angleterre, but the plan was, however, cancelled when Himmler failed to appear publicly. [4] [5] 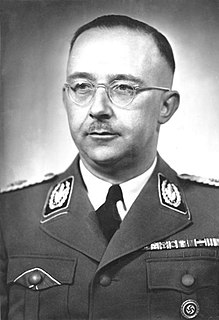 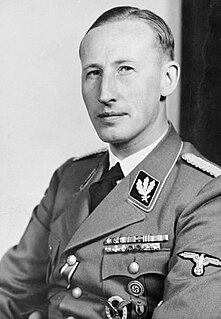 Reinhard Tristan Eugen Heydrich was a high-ranking German SS and police official during the Nazi era and a principal architect of the Holocaust. He was chief of the Reich Security Main Office. He was also Stellvertretender Reichsprotektor of Bohemia and Moravia. He served as president of the International Criminal Police Commission and chaired the January 1942 Wannsee Conference which formalised plans for the "Final Solution to the Jewish Question"—the deportation and genocide of all Jews in German-occupied Europe.

Frederick II was King of Denmark and Norway and Duke of Schleswig and Holstein from 1559 until his death.

Pearl Harbor is a 2001 American romantic war drama film directed by Michael Bay, produced by Bay and Jerry Bruckheimer and written by Randall Wallace. It stars Ben Affleck, Kate Beckinsale, Josh Hartnett, Cuba Gooding Jr., Tom Sizemore, Jon Voight, Colm Feore, and Alec Baldwin. The film presented a heavily fictionalized version of the attack on Pearl Harbor by Japanese forces on December 7, 1941, focusing on a love story set amid the lead up to the attack, its aftermath, and the Doolittle Raid. 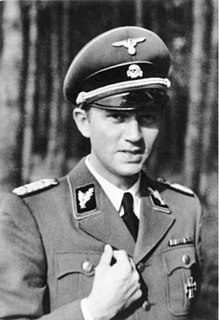 Walter Friedrich Schellenberg was a German SS functionary during the Nazi era. He rose through the ranks of the SS, becoming one of the highest ranking men in the Sicherheitsdienst (SD) and eventually assumed the position as head of foreign intelligence for Nazi Germany following the abolition of the Abwehr in 1944. 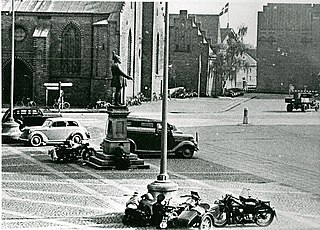 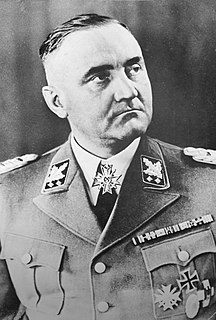 Hornet Flight is a Second World War-based spy thriller written by British author Ken Follett. It was published in 2002 by Macmillan in the UK and Dutton in the US. 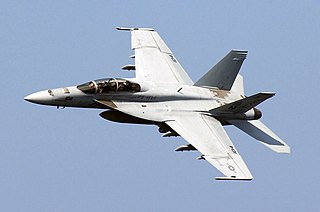 The Boeing F/A-18E and F/A-18F Super Hornet are twin-engine, carrier-capable, multirole fighter aircraft variants based on the McDonnell Douglas F/A-18 Hornet. The F/A-18E single-seat and F/A-18F tandem-seat variants are larger and more advanced derivatives of the F/A-18C and D Hornet. 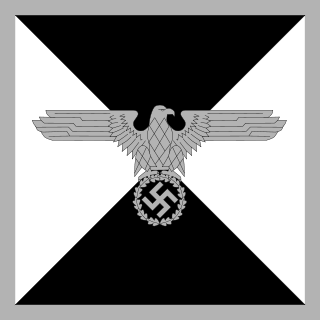 Reichsführer-SS was a special title and rank that existed between the years of 1925 and 1945 for the commander of the Schutzstaffel (SS). Reichsführer-SS was a title from 1925 to 1933, and from 1934 to 1945 it was the highest rank of the SS. The longest-serving and most noteworthy office holder was Heinrich Himmler.

Otto Ohlendorf was a German SS functionary and Holocaust perpetrator during the Nazi era. An economist by education, he was head of the Sicherheitsdienst (SD) Inland, responsible for intelligence and security within Germany. In 1941, Ohlendorf was appointed the commander of Einsatzgruppe D, which perpetrated mass murder in Moldova, south Ukraine, the Crimea and, during 1942, the North Caucasus. He was tried at the Einsatzgruppen Trial, convicted and executed in 1951.

The Germanic SS was the collective name given to paramilitary and political organisations established in parts of German-occupied Europe between 1939 and 1945 under the auspices of the Schutzstaffel (SS). The units were modeled on the Allgemeine SS in Nazi Germany and established in Belgium, Denmark, the Netherlands, and Norway whose populations were considered in Nazi ideology to be especially "racially suitable". They typically served as local security police augmenting German units of the Gestapo, Sicherheitsdienst (SD), and other departments of the German Reich Security Main Office.

Karl Rudolf Werner Best was a German jurist, police chief, SS-Obergruppenführer, and Nazi Party leader and theoretician from Darmstadt. He was the first chief of Department 1 of the Gestapo, Nazi Germany's secret police, and initiated a registry of all Jews in Germany. As a deputy of SS-Obergruppenführer Reinhard Heydrich, he organized the World War II SS-Einsatzgruppen paramilitary death squads that were responsible for mass killings.

Adolf Hitler was an Austrian-born German politician who was the dictator of Germany from 1933 until his death in 1945. He rose to power as the leader of the Nazi Party, becoming the chancellor in 1933 and then assuming the title of Führer und Reichskanzler in 1934. During his dictatorship, he initiated World War II in Europe by invading Poland on 1 September 1939. He was closely involved in military operations throughout the war and was central to the perpetration of the Holocaust, the genocide of about six million Jews and millions of other victims.

Within nations occupied by the Axis powers in World War II, some citizens and organizations, prompted by nationalism, ethnic hatred, anti-communism, antisemitism, opportunism, self-defense, or often a combination, knowingly collaborated with the Axis Powers. Some of these collaborators committed war crimes, crimes against humanity, or atrocities in the Holocaust.

Christian Peder Kryssing, commonly known as C.P. Kryssing, was a Danish collaborator with Nazi Germany during World War II. An artillery officer and an ardent anti-communist, he commanded the Free Corps Denmark from 1941 to 1942. He was not a member of the Danish Nazi party, the National Socialist Workers' Party of Denmark. 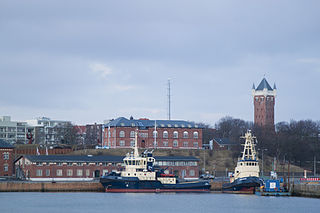 Esbjerg is a seaport town and seat of Esbjerg Municipality on the west coast of the Jutland peninsula in southwest Denmark. By road, it is 71 kilometres (44 mi) west of Kolding and 164 kilometres (102 mi) southwest of Aarhus. With an urban population of 72,044 it is the fifth-largest city in Denmark, and the largest in West Jutland. 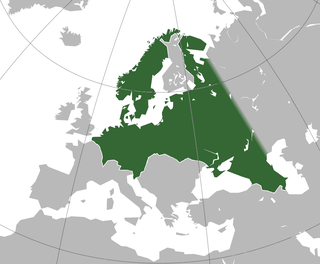 Events from the year 1892 in Denmark.

Operation Safari was a German military operation during World War II aimed at disarming the Danish military. It led to the scuttling of the Royal Danish Navy and the internment of all Danish soldiers. Danish forces suffered 23–26 dead, around 40–50 injured, and 4,600 captured. Of the roughly 9,000 Germans involved, one was killed and eight wounded, although the number may have been 11 killed and 59 wounded.