The son of Jacob Sopwith (1770–1829), by his wife Isabella, daughter of Matthew Lowes, Thomas was born at Newcastle-upon-Tyne. His father was a builder and cabinet-maker; [2] Sopwith maintained links with the family furniture and joinery business throughout his life. Initially an illustrator of antiquities, he then took up land and mineral surveying, and subsequently described himself as a civil engineer. He invented, and the family firm manufactured, an ingenious type of desk with all its drawers secured by a single lock, the 'monocleid', which won a prize at the 1851 Exhibition; an improved levelling stave; and wooden geological teaching models. [3]

In 1824 Sopwith completed an apprenticeship with his father, and took employment as a surveyor. [4] He worked closely with Richard Grainger in the redevelopment of Newcastle Upon Tyne. He worked with Joseph Dickinson of Alston, Cumbria, on a survey of the lead mines in the area owned by Greenwich Hospital. [2] He later built up contacts in London, especially in the area of geology, where he became a fellow of the Geological Society (and its more exclusive Geological Club) in 1835, sponsored by John Phillips.

Sopwith advocated the collection of mine surveys; he was associated in a Northumbrian survey with William Smith, and he was instrumental, after the meeting of the British Association in 1838, in inducing the government to found the Mining Record Office. In the same year he made a mining survey in County Clare in Ireland. [2]

From 1845, Sopwith was based in Allenheads, Northumberland, where he was agent for W.B. Lead Mines (the Blackett-Beaumont Company). He kept the position until his retirement in 1871. [5]

In 1843 he was employed on the development of railways in Belgium. For the Sambre-Meuse line he did preliminary surveys, and then accompanied George Stephenson, by then retired, on an inspection visit. The result was that the Belgian de Grandvoir constructed the line, supervised by Robert Stephenson. [6] Sopwith had called attention to the scientific importance of recording the geological features exposed in the cuttings of railways; and the British Association, at his initiative, made a grant in 1840 for the purpose. [2]

Sopwith was an early user of 3-dimensional models both for practical illustration of regional geology (Forest of Dean; Ebbw Vale; Nentsberry) and for teaching, for which he produced sets (as recommended by Charles Lyell in his 1841 Elements of Geology). He also took advice from William Buckland about what structures would be useful. [7] [8] [3] Different coloured woods represented the different types of rock.

Among his eight children were:

Sopwith died in London and was buried at West Norwood Cemetery where there is a "Sopwith Path". [14]

He was awarded the Telford Silver Medal by the Institute of Civil Engineers in 1842 [2] [16] and elected the fifth President of the Royal Meteorological Society in 1859.

He was elected a Fellow of the Royal Society in 1845. His candidature citation read: Thomas Sopwith Esq FGS London, Memb Inst CE and Member of the Geological Society of France, Civil Engineer [of] St Marys Terrace Newcastle on Tyne. The Author of a Treatise on Isometric Drawing. The Inventor or improver of Methods of representing Mineral structure by dissected Models. [17]

In 1826 Sopwith published A Historical and Descriptive Account of All Saints' Church in Newcastle-upon-Tyne (Newcastle). [2] He later wrote a book on the Alston mining area, [18] and two editions (1834, 1838) of a treatise on the use of the isometric projection for drawing surveys. [19] He also made the case for mining records in book form. [20]

Sopwith wrote detailed diaries spanning the 57 years 1821–1878, recording daily events in his professional and personal life. [21] He travelled widely, first by coach, then on the railways, and kept records of the times, prices, and conditions of travel in his diaries. His diaries also provide accounts of his meeting with people who were, or became, significant such as Charles Babbage, Charles Darwin and John Ruskin. The diaries are now held in the Special Collections at Newcastle University Library. [22] Contemporaries also considered that Sopwith had substantial artistic ability, including as a cartoonist, although few of his drawings now survive. [3]

George Stephenson was an English civil engineer and mechanical engineer. Renowned as the "Father of Railways", Stephenson was considered by the Victorians a great example of diligent application and thirst for improvement. Self-help advocate Samuel Smiles particularly praised his achievements. His chosen rail gauge, sometimes called "Stephenson gauge", was the basis for the 4 feet 8+1⁄2 inches (1.435 m) standard gauge used by most of the world's railways. 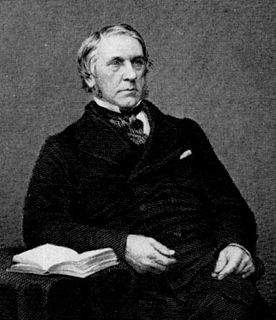 Joseph Locke FRSA was a notable English civil engineer of the nineteenth century, particularly associated with railway projects. Locke ranked alongside Robert Stephenson and Isambard Kingdom Brunel as one of the major pioneers of railway development.

Sir Isaac Lowthian Bell, 1st Baronet, FRS was a Victorian ironmaster and Liberal Party politician from Washington, County Durham, in the north of England. He was described as being "as famous in his day as Isambard Kingdom Brunel".

Sir Matthew Digby Wyatt was a British architect and art historian who became Secretary of the Great Exhibition, Surveyor of the East India Company and the first Slade Professor of Fine Art at the University of Cambridge. From 1855 until 1859 he was honorary secretary of the Royal Institute of British Architects, and in 1866 received the Royal Gold Medal.

Thomas Elliot Harrison was a British engineer. Born in Fulham, London, he was raised in the north east of England, where his father was a promoter of early railway companies; after an apprenticeship under William Chapman; he gained engineering experience on the lines his father had helped establish, as well as in working in association with George Stephenson and Robert Stephenson during his early career.

Lambley, formerly known as Harper Town, is a village and former civil parish, now in the parish of Coanwood, in Northumberland, England about four miles (6 km) southwest of Haltwhistle. The village lies adjacent to the River South Tyne. In 1951 the parish had a population of 298. The place name Lambley refers to the "pasture of lambs". Lambley used to be the site of a small convent of Benedictine Nuns, founded by Adam de Tindale and Heloise, his wife, in the 12th century. The Scots led by William Wallace devastated it in 1296 [Rowland gives 1297]. However it was restored and one William Tynedale was ordained priest to the nunnery in about 1508 – most likely not William Tyndale, the reformer, as once believed but another man of the same name. At the time of the suppression of religious houses by Henry VIII, the nunnery contained six inmates. Nothing now remains but the bell from the nunnery, which hangs in the church, and a few carved stones. The village lies in the Midgeholme Coalfield and there are reserves of good-quality coal remaining.

William Hutton was a British geologist. 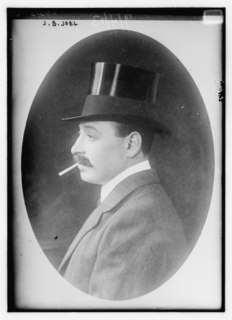 Nicholas Wood FGS FRS was an English colliery and steam locomotive engineer. He helped engineer and design many steps forward in both engineering and mining safety, and helped bring about the North of England Institute of Mining and Mechanical Engineers, holding the position of President from its inauguration to his death.

The Ven Thomas Karl Sopwith MA was an eminent Anglican clergyman in the first half of the 20th century.

William Elsdon was an English civil engineer. He was also an architect and railway engineer who worked predominantly on early railways in Victoria, Australia. 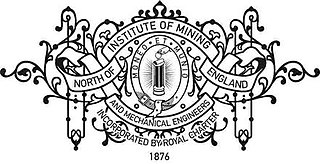 The North of England Institute of Mining and Mechanical Engineers (NEIMME), commonly known as The Mining Institute, is a British Royal Chartered learned society and membership organisation dedicated to advancing science and technology in the North and promoting the research and preservation of knowledge relating to mining and mechanical engineering. The membership of the Institute is elected on the basis of their academic and professional achievements with Members and Fellows entitled to the postnominal MNEIMME and FNEIMME. The Institutes’ membership is predominately from local industry and from academics at Durham and Newcastle Universities, though members are also located further afield across the UK. 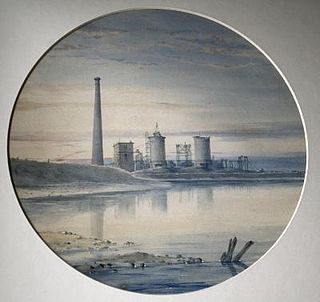 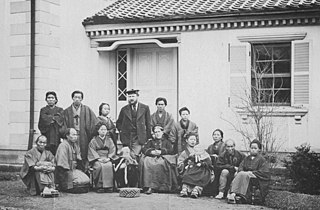 Colin Alexander McVean, FRGS was a Scottish civil engineer who made a considerable contribution to Japan's engineering development in 1870s.