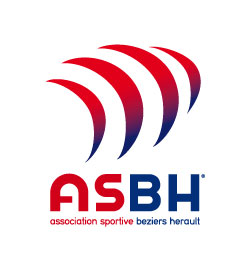 Association Sportive Béziers Hérault, often referred to by rugby media simply by its location of Béziers, is a French rugby union club currently playing in the second level of the country's professional rugby system, Pro D2. They earned their most recent promotion as 2011 Fédérale 1 champions, but the club also won 11 Top 14 titles since its establishment in 1911.

US Quevilly-Rouen Métropole, known simply as US Quevilly or USQRM is a French football club based in Le Petit-Quevilly (Seine-Maritime). They play at the Stade Robert Diochon, which has a capacity of 12,018.

The Olympique Lyonnais Reserves & Academy are the reserve team and academy of French club Olympique Lyonnais. The reserves squad play in the Championnat de France amateur division, the fourth division of French football and the highest division the team is allowed to participate in. Lyon have won the reserves title of the Championnat de France amateur six times. They have won in 1998, 2001, 2003, 2006, and 2009, and 2010.

Racing Club de Grasse is a French association football club founded in 1959. They are based in the town of Grasse and their home stadium is the Stade Jean Girard. As of the 2017–18 season, they play in the Championnat National 2.

Henri André Lacassagne was a French rugby union player. He played at scrum half for Stade Bordelais. He was capped twice for France.

Benjamin Bastères, born 9 in Bastia (Corsica), is a French rugby union player who plays as left prop for RC Toulonnais.

Cédric Béal is a French rugby union and sevens player who plays as a flanker for RC Toulonnais.

Philip Fitzgerald is a Scottish rugby union player, born 11 March 1977 in Stirling (Scotland), who played as a hooker for RC Toulonnais.

Anthony Giacobazzi is a French rugby union player, born 15 in Toulon (Var), who plays as scrum half for RC Toulonnais.

Jean-François Tordo is a French former rugby union player. He played for Nice, RC Toulonnais, Bourgoin, and for the France national team.

The Saint Paul sports rugby is a French rugby union based in Saint-Paul-lès-Dax (Landes). It plays in the pool 7 Fédérale 3

Valence Romans Drôme Rugby is a French rugby union club based in Romans-sur-Isère (Drôme). For the 2019-20 season they will be playing in Rugby Pro D2 having been promoted from Fédérale 1.

The following article is a summary of the 2014–15 football season in France, which was the 81st season of competitive football in the country and ran from July 2014 to June 2015. 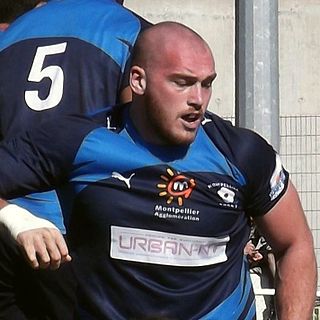 Lasha Lomidze is a Georgian rugby union player. His position is number 8, and he currently plays for London Irish in the English Premiership and the Georgia national team.

RC Vannes is a French rugby union club from Vannes currently competing in the French league system. Formed in 1950 they will compete in Pro D2. They play in the Stade de la Rabine and traditionally wear blue and white jerseys. They are based in Vannes in Brittany.

Racing Club Baho XIII who are more commonly known as RC Baho XIII are a semi-professional rugby league team based in the town of Baho in the region of Pyrenees-Orientales in southern France. The club compete in the Elite Two Championship which is the second tier rugby league competition in France. Their home ground is the Stade Municipal de Baho and they are coached by Didier Meynard.

European Pétanque Championships are organised by the European Pétanque Federation in collaboration with its member country federations. There are five main player groups for competitions: Youth, Up-and-coming, Women, Men, and Veteran. Competitors play a variety of games according to their age. The results of the Championships – excluding Veteran – determine the top 24 Nations to represent Europe at the FIPJP Pétanque World Championship.

Oussama Abdeldjelil is an Algerian professional footballer who plays as a forward for Paris FC in the French Ligue 2.