Thomas Stanes (6 January 1837 – 30 January 1905) was an Anglo-Indian businessman and philanthropist.

Stanes was the sixth of nine children of James Stanes, a glass and china shipping merchant of London, and his wife Sarah Poultney Worth. After education at College House, Edmonton, London, he arrived at Madras, Tamil Nadu, India on 26 June 1855 on the MS Hindustan. He was the elder brother of the celebrated Anglo-Indian businessman Sir Robert Stanes. Both Thomas and Robert founded Stanes schools in Tamil Nadu, Robert at Coimbatore in 1862 and Thomas at Coonoor in 1858.

Stanes opened the Adderley Estate shortly after his arrival. He purchased the Colacumbie Coffee Estate in 1865. These two businesses eventually led to the formation of the company T. Stanes and Co. in 1886 by combining the interests of Robert and Thomas Stanes. The company expanded beyond the coffee business into manufacturing, agricultural machinery, agrichemicals and the motor trade. T. Stanes and Co. was still trading 125 years after its foundation, although it is no longer owned by the Stanes family.

Stanes died after being thrown from his horse on 30 January 1905. His body has been buried at the All Saints Church, Coonoor. 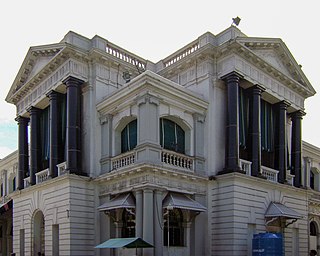 Fort St. George is the first English fortress in India, founded in 1639 at the coastal city of Madras, the modern city of Chennai. The construction of the fort provided the impetus for further settlements and trading activity, in what was originally an uninhabited land. Thus, it is a feasible contention to say that the city evolved around the fortress. The fort currently houses the Tamil Nadu legislative assembly and other official buildings.

The Nilgiris district is one of the 38 districts in the southern Indian state of Tamil Nadu. Nilgiri is the name given to a range of mountains spread across the borders among the states of Tamil Nadu, Karnataka and Kerala. The Nilgiri Hills are part of a larger mountain chain known as the Western Ghats. Their highest point is the mountain of Doddabetta, height 2,637 m. The district is contained mainly within the Nilgiri Mountains range. The administrative headquarters is located at Ooty. The district is bounded by Malappuram district of Kerala to the west, Coimbatore and Palakkad to the south, Erode to the east, and Chamarajnagar district of Karnataka and Wayanad district of Kerala to the north. As it is located at the junction of three states namely Tamil Nadu, Kerala, and Karnataka, significant Malayali and Kannadiga populations reside in the district. Nilgiris district is known for natural mines of Gold, which is also seen in the other parts of Nilgiri Biosphere Reserve extended in the neighbouring states of Karnataka and Kerala too. 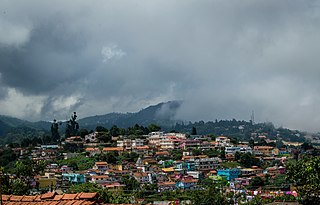 Coonoor is a Taluk and a municipality of the Nilgiris district in the Indian State of Tamil Nadu. As of 2011, the town had a population of 45,494. 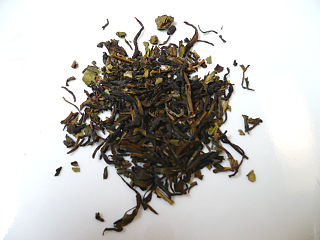 Nilgiri tea is a drink made by infusing leaves of Camellia sinensis that is grown and processed in the Nilgiris district in Tamil Nadu, India. The leaves are processed as black tea, though some estates have expanded their product offerings to include leaves suitable for making green, white and oolong teas. It is generally described as being a brisk, fragrant and full-bodied tea. The region produces both rolled and crush, tear, curl tea and it is predominately used for blending. Nilgiri tea is also used for making iced tea and instant tea.

Prinsep may mean any of several notable members of the British Prinsep family. 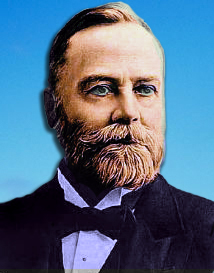 Sir Robert Stanes was a British businessman and philanthropist in India who founded United Nilgiri Tea Estates (UNTE) in Coimbatore.

The Lawrence School, Lovedale, the namesake of its founder Brigadier-General Sir Henry Montgomery Lawrence KCB, is a co-educational boarding school located at Lovedale, which is a little town on the Nilgiri Mountains in the south Indian state of Tamil Nadu.

Sir Alagappa Chettiar was an Indian businessman and philanthropist. He received the Padma Bhushan award in 1956.

Pattiveeranpatti is a panchayat town in Dindigul district in the Indian state of Tamil Nadu.

St. Joseph's Boys' Higher Secondary School is a residential school in Coonoor in The Nilgiris District of Tamil Nadu.

Montague Dundas Cockburn (/ˈkoʊbərn/) was a Scottish coffee planter, and district collector of Salem, in Tamil Nadu, India, between 1820 and 1829. Cockburn is known as the "Father of Yercaud" for developing the resources of the Shevaroy Hills, and for introducing the cultivation of coffee, pears and apples into most of the hill stations of Tamil Nadu, particularly in Yercaud, a small hill station in Salem District.

Tata Coffee is coffee company owned by the Tata Consumer Products, a subsidiary of Tata Group. The company owns 19 coffee estates in southern India. The estates are spread across the districts of Coorg, Chikmagalur, and Hassan in Karnataka and Valparai district in Tamil Nadu. Tata Coffee is the largest integrated coffee plantation company in the world. 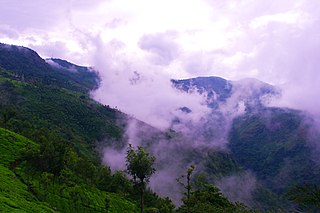 Lamb's Rock is a tourist spot in Coonoor, Tamil Nadu, India, on the slopes of the Nilgiri Hills. It is located at a distance of 8 kilometers from Coonoor. It has a view of the Coimbatore plains, tea estates and coffee estates. 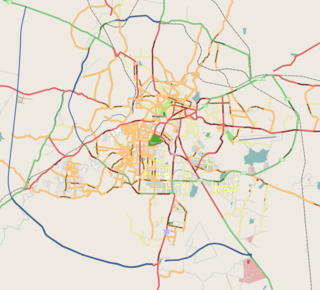 Cox Town is a suburb located North in the Bangalore Cantonment, named after the last Collector and District Magistrate of the Bangalore Civil and Military Station, Alexander Ranken Cox, Indian Civil Services. It is one of the suburbs which came out of the plan to de-congest thickly populated areas of the Bangalore Cantonment after the bubonic plague. Agricultural fields were converted for this purpose, and town was planned according to modern hygienic standards, with drainage and conservancy conveniences. Cox Town is bound by the Bangalore-Madras Railway line on the North and East, Wheeler Road in the East and the Ulsoor Polo Ground in the South. It consists of posh localities like Heerachand Layout and other localities like Sindhi Colony, Jeevanahalli, Doddigunta, and roads such as Assaye Road, Charles Campbell Road, Wheeler Road, etc. and is adjoining the suburbs of Fraser Town, Clevland Town and Cooke Town, with easy access to the Bangalore East Railway Station, Ulsoor, Lingarajpuram, Shivaji Nagar. Cox Town is a well planned, posh and preferred suburb in the Bangalore Cantonment, created during the British Raj. The residents of Cox Town follow a liberal 'live a let live'attitude, with suburb still retaining much of its green cover, without excessive commercialisation. In 1988, the BBMP renamed Cox Town as Sarvagnanagar, after a 16th-century saint poet. However, the name has not caught on and continues to be popularly known as Cox Town.

Hemachandran is an Indian film actor in the Tamil film industry. His films include Nanda Nanditha and Krishnaveni Panjaalai.

Norman Rowsell was an Englishman who was one of the first tea planters in British Ceylon. He was also a well known sportsman and became the first Ceylon Labour Commissioner.

Arvind Krishna is an Indian-American business executive serving as Chairman and CEO of IBM. He has been the CEO of IBM since April 2020 and took on the role of Chairman & CEO in January 2021. Krishna began his career at IBM in 1990, at IBM's Thomas J. Watson Research Center, and was promoted to Senior Vice President in 2015, managing IBM Cloud & Cognitive Software and IBM Research divisions. He was a principal architect of the acquisition of Red Hat, the largest acquisition in the Company’s history.