Creator of the award-winning TV series 1 Against All, [1] Stavros began his career writing, directing and producing for the theater. In his first play in 2001 – Clube Privê – A Comedy in the Foolish 70's [2] – was a box office record at Bibi Ferreira Theater. Bravo called it one of the 10 best comedies in the country.

His last play was the musical Ceará Show – Agora eu Conheço, [3] written in 2016 in partnership with Silvio Guindane, receiving 11 nominations for the Quimera Theater Award, earning 6, among them Best Play and Best Author. [4]

Stavros founded the production company Produção Carioca, [5] together with José Guertzenstein, where he created a "Content Factory" and began to develop his audiovisual projects for TV and movie theater.

He creates the TV series 1 Against All, where he is also the screenwriter. Produced by Conspiração Filmes for Fox Brazil and Latin America, directed by Breno Silveira. [6] It was considered by the media as the Brazilian Breaking Bad. [7] Well-received by the public since the beginning, 1 Against All became the most watched brasilian series on pay TV in its first season and achieved excellent repercussions throughout Latin America. [8] [9]

Over 4 seasons,1 Against All increased the channel's audience by 74%, and received several awards, in addition to important national and international nominations: 2 times nominated for best drama series to the International Emmy, [10] [11] Golden Nymph Award, [12] ABRA Screenplay Award. [13] APCA Award and more. The protagonist Julio Andrade was also nominated for the International Emmy for his performance in the series. [14] After so much success in Latin America, the series will have a remake produced in Mexico, entirely in Spanish. [15]

Stavros signs the series The Negotiator, [16] as creator and screenwriter. Directed by Bel Valiante and produced by Boutique Filmes for Amazon Prime Video, it stars Malvino Salvador as main character.

He also wrote the TV series Acerto de Contas, produced by Mariza Leão and directed by José Joffily for Multishow, [17] beating audience record for the channel, and Sem Volta , the first action and adventure TV series in Brazil, a super production of Record TV, together with Gustavo Lipsztein. [18]

In the cinema´s industry, he signed on as showrunner – where he is creator, screenwriter and producer, the biography of the world champion boxer Eder Jofre for the movie 10 Seconds to Win. Produced by Globo Filmes , TV Globo and Tambellini Filmes, directed by José Alvarenga Jr. The movie was awarded by 2 Kikitos at the Gramado Film Festival [19] and he was the big winner at the Lapa Film Festival, taking 6 statuettes, including Best Film (popular jury), Best Film (official jury) and Best Screenplay. [20] It has also won several international awards, including the Toronto Lift-Off Film Festival. [21]

10 Seconds also premiered in a 4-episode miniseries format on TV Globo with a record audience. [22]

Stavros wrote the movie Federal Police – No One is Above the Law , [24] [25] directed by Marcelo Antunez, hitting the brazilian box office record of that year. [26]

He also wrote the feature movie 2 Shots of Tequila, directed by Juan Zapata, which will be filmed in Los Angeles in 2023. [27]

Currently develops 1 TV Series for HBO Max as Showrunner and the feature movie "Malandragem uma um Tempo", based on the biography of singer Bezerra da Silva. [28] 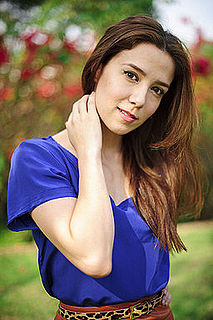 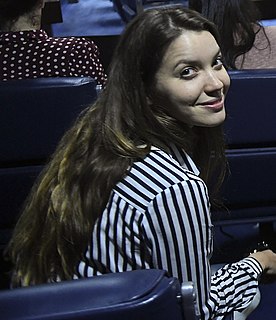 Mário Sérgio Santos Costa, commonly known as Marinho, is a Brazilian footballer who plays as a forward for Flamengo. 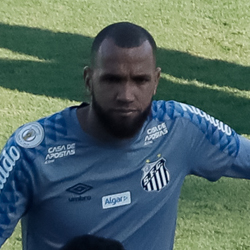 Everson Felipe Marques Pires, simply known as Everson, is a Brazilian professional footballer who plays as a goalkeeper for Atlético Mineiro.

A Regra do Jogo is a Brazilian primetime telenovela, created by João Emanuel Carneiro for Rede Globo. It premiered on August 31, 2015 at 9 pm timeslot.

Tempo de Amar is a Brazilian telenovela produced and broadcast by Rede Globo. It premiered on 26 September 2017, replacing Novo Mundo and concluded its run on 19 March 2018, being replaced by Orgulho e Paixão. It is created by Alcides Nogueira. The telenovela is based on the works of Rubem Fonseca and features writing collaborations by Tarcísio Lara Puiati and Bíbi Da Pieve. Adriano Melo, Teresa Lampreia and Jayme Monjardim serve as the main directors.

Justiça is a 2016 Brazilian miniseries created by Manuela Dias and that was aired by Rede Globo from 22 August to 23 September 2016 at 11 pm. It was written by Manuela Dias, co-written by Mariana Mesquita, Lucas Paraizo and Roberto Vitorino, and it was directed by Isabella Teixeira, Luísa Lima, Marcus Figueiredo and Walter Carvalho, with general and artistic direction by José Luiz Villamarim.

Dois Irmãos is a Brazilian miniseries that premiered on 9 January and ended on 20 January 2017. It was developed and directed by Luiz Fernando Carvalho and written by Maria Camargo based on the novel of the same name by Milton Hatoum.

A Força do Querer is a Brazilian telenovela produced and aired by Rede Globo. It was created by Glória Perez, directed by Rogério Gomes and Pedro Vasconcellos. It premiered on 3 April 2017, replacing A Lei do Amor. The show ran for 29 weeks with a total of 172 episodes and ended on 20 October 2017, being replaced by O Outro Lado do Paraíso.

José Jesuíta Barbosa Neto is a Brazilian actor. He is considered an important talent of recent Brazilian cinema and has performed in critically acclaimed feature films.

As Cariocas is a 2010 Brazilian television series written by Euclydes Marinho, based on Sérgio Porto's novel of the same name. It aired on Rede Globo from 19 October 2010 to 21 December 2010. The series consists of 10 independent episodes, each one starring a different actress and set in a different neighborhood of Rio de Janeiro. 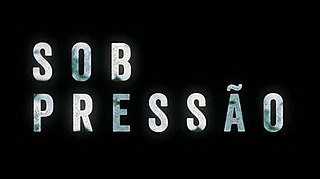 Sob Pressão is a Brazilian medical drama television series created by Luiz Noronha, Cláudio Torres, Renato Fagundes and Jorge Furtado based on the 2016 film of the same name. The series is a co-production of Conspiração Filmes and TV Globo, and premiered on 25 July 2017, on TV Globo.

Juliano Cazarré is a Brazilian actor and writer. He appeared in more than thirty films since 2002.

Segundo Sol is a Brazilian telenovela produced and broadcast by Globo that premiered on 14 May 2018, replacing O Outro Lado do Paraíso, and ended on 9 November 2018, being replaced by O Sétimo Guardião, with a total of 155 episodes. It is created by João Emanuel Carneiro and directed by Dennis Carvalho.

Espelho da Vida is a Brazilian telenovela produced and broadcast by Rede Globo that premiered on 25 September 2018, replacing Orgulho e Paixão, and ended on 1 April 2019. It is created by Elizabeth Jhin, and directed by Pedro Vasconcelos.

O Sétimo Guardião is a Brazilian telenovela produced and broadcast by Globo. It premiered on 12 November 2018, replacing Segundo Sol, and ended on 17 May 2019, being replaced by A Dona do Pedaço. It was created by Aguinaldo Silva and directed by Allan Fiterman.

Vitória Longaray Strada is a Brazilian actress and model.