The Irish are a nation and ethnic group native to the island of Ireland, who share a common Irish ancestry, identity and culture. Ireland has been inhabited for about 12,500 years according to archaeological studies. For most of Ireland's recorded history, the Irish have been primarily a Gaelic people. From the 9th century, small numbers of Vikings settled in Ireland, becoming the Norse-Gaels. Anglo-Normans conquered parts of Ireland in the 12th century, while England's 16th/17th-century (re)conquest and colonisation of Ireland brought many English and Lowland Scots people to parts of the island, especially the north. Today, Ireland is made up of the Republic of Ireland and the smaller Northern Ireland. The people of Northern Ireland hold various national identities including British, Irish, Northern Irish or some combination thereof.

Carlow Borough was a Parliamentary constituency in Ireland, represented in the House of Commons of the United Kingdom of Great Britain and Ireland. It returned one Member of Parliament (MP) from 1801 to 1885. 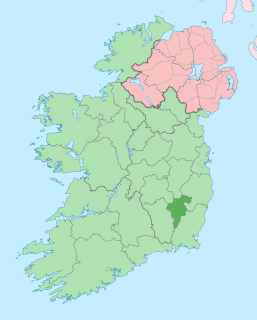 County Carlow is a county in Ireland, part of the South-East Region and the province of Leinster. It is named after the town of Carlow, which lies on the River Barrow. Carlow County Council is the local authority. The population was 56,932 at the 2016 census. 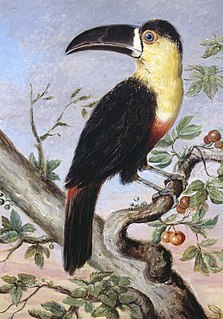 Nicholas Aylward Vigors was an Irish zoologist and politician. He popularized the classification of birds on the basis of the quinarian system.

Carlow County was a parliamentary constituency in Ireland, which from 1801 to 1885 returned two Members of Parliament (MPs) to the House of Commons of the United Kingdom of Great Britain and Ireland, and one MP from 1885 to 1922.

Carlow–Kildare was a parliamentary constituency represented in Dáil Éireann, the lower house of the Irish parliament or Oireachtas from 1937 to 1948. The constituency elected 4 deputies to the Dáil, using the single transferable vote form of proportional representation (PR-STV).

Northampton was a parliamentary constituency, which existed until 1974.

Patrick "Paddy" Gaffney was a left-wing Irish politician. A flour miller from County Carlow, he was returned for the Labour Party in Carlow–Kilkenny at the 1922 general election. He left Labour to join the Communist Party of Ireland in protest over the Constitution of the Irish Free State's requiring the Oath of Allegiance for all legislators. He participated in the Third Dáil when it met as a "Provisional Parliament and Constitutent Assembly" in September 1922, but withdrew when it became the Free State Dáil in December as the Constitution came into force and the Oath was required. He stood as a "Republican Labour" candidate in the 1923 general election but was defeated.

Henry Bruen PC, DL was an Irish Conservative Party politician. He was Member of Parliament (MP) for Carlow County from 1857 to 1880, taking his seat in the House of Commons of what was then the United Kingdom of Great Britain and Ireland. He was the third in a line of Henry Bruens to represent County Carlow.

Colonel Henry Bruen was an Irish Tory Party politician. He was Member of Parliament (MP) for Carlow County for a total of about 36 years, in three separate periods between 1812 and 1852, taking his seat in the House of Commons of what was then the United Kingdom of Great Britain and Ireland.

Francis Bruen was an Irish Conservative Party politician. He was Member of Parliament (MP) for Carlow Borough from 1835 to 1837, and briefly in 1839, taking his seat in the House of Commons of what was then the United Kingdom of Great Britain and Ireland.

Thomas Wallace was an Irish Liberal Party politician who sat in the House of Commons of the United Kingdom as a Member of Parliament (MP) for Yarmouth from 1827 to 1830, from 1831 to 1835 for Drogheda and then for County Carlow. 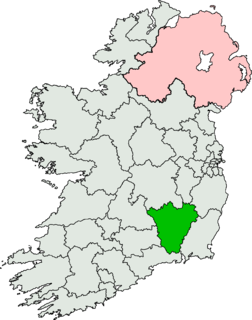 Carlow–Kilkenny is a parliamentary constituency represented in Dáil Éireann, the lower house of the Irish parliament or Oireachtas. The constituency elects 5 deputies. The method of election is the single transferable vote form of proportional representation (PR-STV).