Nothing is known of Stoltzer's early life, though he is thought to have come from the same family as Clemens Stoltzer, who was a town clerk in Schweidnitz, and to have been born in Schweidnitz, Silesia. Stoltzer may have studied with Heinrich Finck; while no concrete evidence of this association exists, he was at the least intimately familiar with Finck's work since he quotes from Finck's music copiously.

He served as a priest in Breslau from 1519, and was a supporter of the Reformation, though he never made public his sentiments. Louis II appointed him magister capellae in Ofen at the Hungarian court on May 8, 1522. Ludwig's wife, Mary, asked him to set Martin Luther's translations of psalms xii, xiii, xxxviii and lxxxvi, which he did between 1524 and 1526. One personal letter of Stoltzer's is still extant, dated February 23, 1526 and addressed to Albert, Duke of Prussia in Königsberg; in this letter Stoltzer relates the news of a recently completed psalm setting and intimates that he would like to join Albrecht's court. On this letter, there is additional writing, dated March 1526, which refers to him as "the late Thomas". It was previously thought that he had died at the Battle of Mohács in August 1526, but this is erroneous. He is thought to have died near Znaim, Moravia.

Stoltzer's extant works amount to some 150 pieces, gathered in 30 publications and 60 manuscripts. None of them date from Stoltzer's own lifetime. Stoltzer was most popular in Saxony, in the areas most directly affected by the Reformation; Georg Rhau was one of his most dedicated printers, issuing at least 70 of Stoltzer's works in his publications. His works remained in general circulation in German-speaking countries up until the end of the 16th century. While he composed in all of the standard sacred forms of his day, he concentrated on motets. His early motets often make use of numerological signifiers of religious importance; later works show influence from the Netherlands school of composers, such as imitation and the use of multiple choirs. Among his most popular motets was O admirabile commercium, which survives today in 11 sources.

He composed four masses, as well as fourteen introits spanning the church year from Christmas to Easter. His hymns were particularly beloved by Rhau, who printed 39 of them in 1542.

Agostino Steffani was an Italian ecclesiastic, diplomat and composer.

The Thomanerchor is a boys' choir in Leipzig, Germany. The choir was founded in 1212. The choir comprises about 90 boys from 9 to 18 years of age. The members, called Thomaner, reside in a boarding school, the Thomasalumnat and attend the Thomasschule zu Leipzig, a Gymnasium school with a linguistic profile and a focus on musical education. The younger members attend the primary school 76. Grundschule in der Manetstraße. Johann Sebastian Bach served as Thomaskantor, director of the choir and church music in Leipzig, from 1723 to 1750.

Leopold Hofmann was an Austrian composer of classical music. 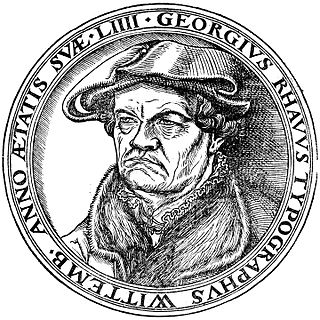 Georg Rhau (Rhaw) was a German publisher and composer. He was one of the most significant music printers in Germany in the first half of the 16th century, during the early period of the Protestant Reformation. He was principally active in Wittenberg, Saxony, the town where Martin Luther is said to have nailed the Ninety-five Theses to the door of the Castle Church, initiating the Reformation. Rhau's support as a printer was critical to Luther's success. 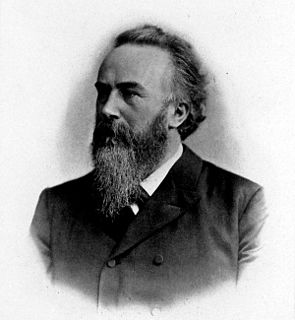 Julius August Philipp Spitta was a German music historian and musicologist best known for his 1873 biography of Johann Sebastian Bach.

The decade of the 1520s in music involved some significant compositions.

The Choralis Constantinus is a collection of over 375 Gregorian chant-based polyphonic motets for the proper of the mass composed by Heinrich Isaac and his pupil Ludwig Senfl. The genesis of the collection is a commission by the Constance Cathedral for Isaac, at that time the official court composer for the Holy Roman Emperor Maximilian I, to compose a set of motets for the special holy days celebrated in the diocese of Constance. Isaac was in Constance at the time with the Imperial court as Maximilian had called a meeting of the German nobility (Reichstag) there. The music was delivered to the Constance Cathedral in late 1508 and early 1509.

August Ferdinand Hermann Kretzschmar was a German musicologist and writer, and is considered a founder of hermeneutics in musical interpretation and study.

Hans Joachim Moser was a German musicologist, composer and singer.

Johann Ernst Bach was a German composer of the Bach family. He was the son of Johann Bernhard Bach.

Sacred concerto is a 17th-century genre of sacred music, characterized as settings of religious texts requiring both vocal soloists and obbligato instrumental forces for performance. Starting from Italian models, the genre flourished primarily in Germany. It is a broad term for various genres of chamber concerto for a small number of voices and instruments popular in Germany during the 17th century and prefiguring the late baroque church cantata and solo sacred cantata forms.

Manfred Cordes is a German conductor of early music, musicologist and teacher. He is professor at the Hochschule für Künste Bremen and was its rector from 2007 to 2012. 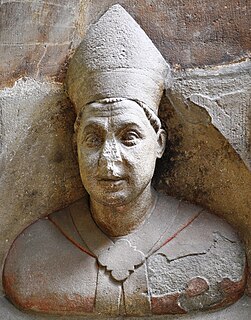 "Jesus Christus nostra salus" is a hymn in Ecclesiastical Latin celebrating the Eucharist. It first is confirmed to have appeared in a manuscript in 1410. For a long time it was attributed to Johannes Hus, but was more likely written by the Archbishop of Prague, Jan of Jenštejn. Several hymns in different languages were derived from it, among others Martin Luther's "Jesus Christus, unser Heiland, der von uns den Gotteszorn wandt".

Altbachisches Archiv, also Alt-Bachische Archiv, is a collection of 17th-century vocal music, most of which was written by members of the Bach family.

Joseph Maria Müller-Blattau was a German musicologist and National Socialist cultural official. He is regarded as a "nestor of Saarbrücken musicology" but also as a "singer of a musical seizure of power" because of his activities in National Socialism. 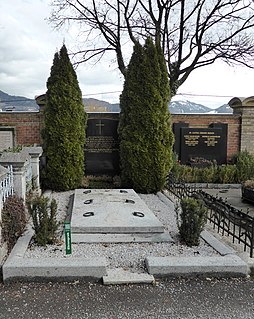 Erich Schenk was an Austrian musicologist and music historian.

Georg von Dadelsen was a German musicologist, who taught at the University of Hamburg and the University of Tübingen. He focused on Johann Sebastian Bach, his family and his environment, and the chronology of his works. As director of the Johann Sebastian Bach Institute in Göttingen, he influenced the Neue Bach-Ausgabe (NBA), the second complete edition of Bach's works.

Frische teutsche Liedlein is a five-part collection of songs, which was written and published in 1539-1556 by the doctor, composer and song collector Georg Forster. It comprises 380 polyphonic, predominantly secular German songs. The collection later received its collective name. It is the most extensive and important song publication of the time and one of the most important sources for tenor singers.