Thomas Storm (September 8,1748 – August 4,1833) was an American Revolutionary war officer and state legislator,rising to Speaker of the New York State Assembly in 1802.

Thomas was born in Hopewell,Dutchess County,New York on September 8,1748. He was the eldest son of Maria (née van Sickels) Storm and Garrit Storm,for whom the hamlet of Stormville in East Fishkill is named. Among his siblings was younger brother was John Storm,who married Susanna Brinckerhoff. [1]

Between 1775 and 1777,he was a Captain in the 2nd Dutchess County Militia,and served in the Battle of White Plains. When the regiment was disbanded in 1777,Thomas was assigned to the 2nd New York Regiment,and served at the Battle of Monmouth,and later at the Battle of Yorktown. [2] He served under Col. Van Rensselaer's Regiment and in Col. Jeremiah Hogeboom's Regiment in 1770. [1]

On March 23,1771,he married Elizabeth Graham (1752–1832),a daughter of the Rev. Chauncey Graham and Elizabeth (née van Wyck) Graham. The wedding took place shortly after the death of his paternal grandfather,who was known as the pioneer Thomas Storm,and his father Garrit gifted the couple a house at the "corner of Madam Brett's Road and the crossroad to the future Stormville," which is today known as the Storm–Adriance–Brinckerhoff House. [1] Together,they were the parents of: [1]

Through his eldest daughter Elizabeth,he was a grandfather of Catharine Currie Manning (1809–1886),who married Morgan Lewis Livingston,himself the eldest of twelve children born to Maturin Livingston,a former Recorder of New York City. [13] 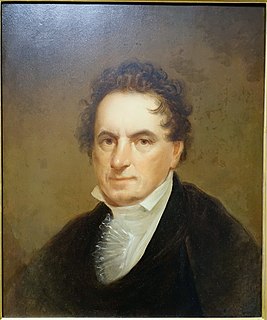 Edward Livingston was an American jurist and statesman. He was an influential figure in the drafting of the Louisiana Civil Code of 1825,a civil code based largely on the Napoleonic Code. Livingston represented both New York and then Louisiana in Congress and served as the U.S. Secretary of State from 1831 to 1833.

Robert Robert Livingston,also called The Judge,was a prominent colonial American politician,and a leading Whig in New York in the years leading up to the American Revolution.

David Gelston was an American merchant and politician.

Thomas Tillotson was an American physician and politician.

James Linn was a politician who served as a United States Representative from New Jersey,serving one term from 1799 to 1801.

James Livingston,born in New York,was an American Patriot. Livingston was living in the Province of Quebec when the American Revolutionary War broke out. He was responsible for raising and leading the 1st Canadian Regiment of the Patriots' Continental Army during the invasion of Canada,and continued to serve in the war until 1781. He retired to Saratoga,New York,where he served as a state legislator and raised a family of five children.

The Livingston family of New York is a prominent family that migrated from Scotland to the Dutch Republic,and then to the Province of New York in the 17th century. Descended from the 4th Lord Livingston,its members included signers of the United States Declaration of Independence and the United States Constitution. Several members were Lords of Livingston Manor and Clermont Manor,located along the Hudson River in 18th-century eastern New York. The other two most influential New York dynasties of the 18th and 19th centuries were the Schuyler family and the Clinton family. 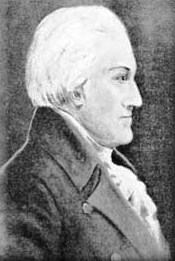 Henry Beekman Livingston Jr. has been proposed as being the uncredited author of the poem A Visit from St. Nicholas,more popularly known as The Night Before Christmas. Credit for the poem was taken in 1837 by Clement Clarke Moore,a Bible scholar in New York City,nine years after Livingston's death. It was not until another twenty years that the Livingston family knew of Moore's claim,and it was not until 1900 that they went public with their own claim. Since then,the question has been repeatedly raised and argued by experts on both sides.

Isaac Roosevelt was an American merchant and Federalist politician. He served in the New York State Assembly and the state Constitutional Convention and achieved the most political success of any Roosevelt before Theodore Roosevelt. Isaac was the patrilineal great-great-grandfather of President Franklin Delano Roosevelt. He was the second generation of what would later come to be known as the Hyde Park,New York branch of the extended Roosevelt family. Isaac's fortune from the refining of sugar,and his political accomplishments,became an essential root of the substantial wealth,prominence and influence that the Hyde Park Roosevelts came to amass.

Maturin Livingston,a member of the prominent Livingston family,was an American lawyer and politician from New York.

Henry Alexander Livingston was an American politician from New York. 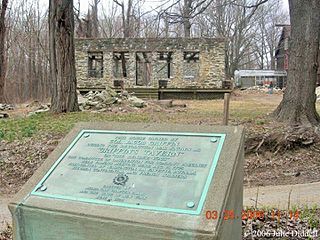 Morgan Lewis Livingston,was an American heir and member of the prominent Livingston family from New York.

Henry Beekman was a prominent colonial American politician and landowner.

Dirck Brinckerhoff or Derick Brinkerhoff was an American soldier who fought in the Revolutionary War and politician who served in both the New York General Assembly and the New York State Assembly.

Lt.-Col. Hubertus "Gilbert" Livingston was a younger son of Robert Livingston the Elder who was a lawyer and politician in colonial New York.

Maj. Robert Gilbert Livingston was an American merchant and a Loyalist during the American Revolutionary War.

Henry Gilbert Livingston was an American doctor and politician from New York state.