Thomas Strangways may refer to: 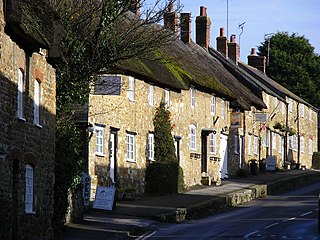 Abbotsbury is a village and civil parish in the English county of Dorset. It is in the Dorset unitary authority area and is situated about 1 mile (1.6 km) inland from the English Channel coast. In the 2011 census the civil parish had a population of 481. 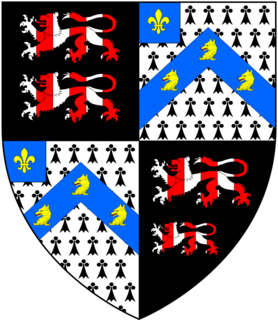 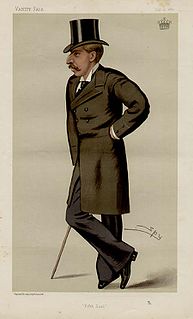 Henry Edward Fox-Strangways, 5th Earl of Ilchester PC, known as Henry Fox-Strangways until 1865, was a British peer and Liberal politician. He served as Captain of the Honourable Corps of Gentlemen-at-Arms under William Ewart Gladstone between January and February 1874. 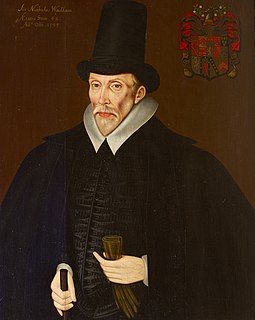 Nicholas Wadham of Merryfield in the parish of Ilton, Somerset and Edge in the parish of Branscombe, Devon was a posthumous co-founder of Wadham College, Oxford with his wife Dorothy Wadham who, outliving him, saw the project through to completion in her late old age. He was Sheriff of Somerset in 1585.

Henry Strangways, also sometimes known as Strangwish, was an English "Gentleman Pirate" who attacked Spanish and other shipping. He was repeatedly imprisoned, and pardoned by highly placed friends, during his approximately eight-year piratical career, from about 1552 to 1560. His portrait painted by a fellow prisoner, Gerlach Flicke, resides today in the National Portrait Gallery in London.

Melbury House is a Grade I listed stately home, located in the parish of Melbury Sampford near Evershot, Dorset, It is currently the home of the Honorable Mrs Charlotte Townshend, a major landowner in east Dorset, through her mother, Theresa Fox-Strangways.

Sir John Strangways of Melbury House, Melbury Sampford, Somerset, and of Abbotsbury in Dorset, was an English politician who sat in the House of Commons variously between 1614 and 1666. He supported the Royalist side in the English Civil War.

Giles Strangways of Melbury House in Somerset, was an English politician who sat in the House of Commons variously between 1640 and 1675. He fought on the Royalist side during the Civil War

John Strangways was an English politician who sat in the House of Commons from 1661 to 1676.

Sir Giles Strangways, of Melbury House, Melbury Sampford, and of Abbotsbury, both in Dorset, was an English politician.

Edge,, is an ancient and historic house in the parish of Branscombe, Devon, England and is today known as Edge Barton Manor. The surviving house is grade II* listed and sits on the steep, south-facing side of a wooded valley, or combe, close to the Fosse Way. The building was not in origin a manor house, but was one of the first stone-built houses in "Branescombe", on a villein holding called La Regge. It is one of the oldest continuously inhabited houses in England, and is constructed from the local Beer stone 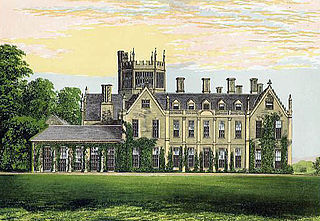 Thomas Strangways (1643–1713) of Melbury House in Melbury Sampford near Evershot, Dorset was an English landowner and Tory politician who sat in the English and British House of Commons between 1673 and 1713. As a militia colonel he was active in opposing the Monmouth rebellion. For his last nine years in Parliament, he was the longest sitting member of the House of Commons. 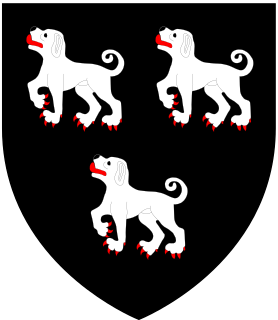 Thomas Strangways Horner (1688–1741), of Mells, Somerset and Melbury, Dorset, was a British landowner and Tory politician who sat in the House of Commons between 1713 and 1741.