Thomas Swann may also refer to:

Swann may refer to:

Thomas Parker may refer to:

Edward Thomas may refer to:

John Swann may refer to:

Thomas Clark may refer to:

Thomas, Tom, or Tommy Sullivan may refer to:

Peter Thomas may refer to:

Robert Swann may refer to: 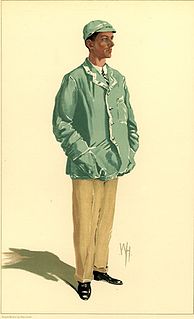 Andrew Swann may refer to:

Swans Way may refer to:

Twenty ships of the Royal Navy have borne the name HMS Swan, or the archaic HMS Swann, probably after the bird, the Swan:

Swan Point is an unincorporated community in southern Charles County, Maryland, United States. The Swan Point Yacht and Country Club was originally planned and initiated in the 1980s around an 18-hole waterfront championship golf course; Since then there has been added: a community waterfront pool, a marina, clubhouse, trails, and tennis courts. Custom homes of various types styles and prices populate the wooded 1/3 to 1/2 acre lots. Some have a water view, water frontage, or golf course frontage. There are plans for additional homesites in 2012, which will contain cluster homes, townhouses as well as more single-family homes. Swan Point Yacht & Country is located on the banks of the Potomac River. Issue, MD is also considered part of Swan Point, MD since the 20645 zip code was made to include both names in 2009. Legend has it that Swan Point received its name from Captain John Smith when he explored the region in the early 17th century and saw thousands of wintering Swans in the water off that point of land. Charles County, Maryland is also home to an early settler of Maryland, Edward Swann.. Current historical findings likely associate the naming of Swan's point to Edward Swann who was granted 1200 acres of land mostly in Charles Co, MD, by Lord Baltimore.

James Swan may refer to:

John Swan may refer to:

William or Bill Swan may refer to:

Thomas Swann is an Australian rower. He competed in the Men's eight event at the 2012 Summer Olympics.

Polly Swann is a British rower and a member of the Great Britain Rowing Team. She is a former World and European champion in the women's coxless pairs, having won the 2013 World Rowing Championships at Chungju in Korea, and the 2014 European Rowing Championships at Belgrade, Serbia with her partner Helen Glover. At the 2016 Summer Olympics she won a silver medal in the women's eight.

Thomas Swann was an America lawyer, businessman and politician who twice served in the Virginia House of Delegates and for more than a decade served as the United States Attorney for the District of Columbia.