He was educated at Ardingly College. He died in Western Australia in 1987. [2]

Courtney Andrew Walsh OJ is a former Jamaican cricketer who represented the West Indies from 1984 to 2001, captaining the West Indies in 22 Test matches. He is a fast bowler, and best known for a remarkable opening bowling partnership along with fellow West Indian Curtly Ambrose for several years. Walsh played 132 Tests and 205 ODIs for the West Indies and took 519 and 227 wickets respectively. He shared 421 Test wickets with Ambrose in 49 matches. He held the record of most Test wickets from 2000, after he broke the record of Kapil Dev. This record was later broken in 2004 by Shane Warne. He was the first bowler to reach 500 wickets in Test cricket. His autobiography is entitled "Heart of the Lion". Walsh was named one of the Wisden Cricketers of the Year in 1987, and one of the Indian Cricket Cricketer of the Year a year later. In October 2010, he was inducted into the ICC Cricket Hall of Fame. He was appointed as the Specialist Bowling Coach of Bangladesh Cricket Team in August 2016.

Rameez Hasan Raja is a Pakistani cricket commentator, YouTuber, and former cricketer, who represented Pakistan during the 1980s and the 1990s. Since retiring from cricket, he has been a commentator in international cricket matches. He also talks about cricket on his YouTube channel Ramiz Speaks.

Jeffrey John Crowe is a former New Zealand cricketer. He played Test and One Day International cricket for New Zealand from 1983 to 1990, and first-class cricket for South Australia and then Auckland. 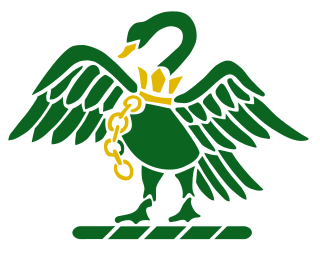 Buckinghamshire County Cricket Club is one of twenty minor county clubs within the domestic cricket structure of England and Wales. It represents the historic county of Buckinghamshire.

Lahore teams, representing the city of Lahore, have competed in Pakistan's first-class cricket tournaments since 1958–59. They also compete in the national 50-over and Twenty-20 tournaments as the Lahore Lions.

Shaun George is a South African former cricketer who later became an umpire. He is part of Cricket South Africa's umpire panel for first-class matches.

Quetta are a first-class cricket team based in Quetta, Balochistan, Pakistan. Quetta participate in the Quaid-i-Azam Trophy. For Twenty20 and List A cricket they are known as the Quetta Bears and participate in the Faysal Bank T20 Cup and National One-day Championship.

Bharat Heavy Electrical Ltd Sports Complex or BHEL Stadium is a multi purpose stadium in Bhopal, Madhya Pradesh, India. The ground is mainly used for organizing matches of football, cricket and other sports.