Taylor was born in Glasgow on 27 April 1912. His father, John Sharp Taylor, was an Independent Labour Party Member. He died when Tom was three years old and was raised with his two siblings by his mother from that time.

He was educated at Bellahouston Academy. He left school in 1914 and his first job was as an office boy in the Scottish Co-operative Wholesale Society. He was later their Chairman. [1]

In 1931 a scholarship led to his living in Germany, where he also returned later in his youth. In 1931 he was a member of the German Young Socialists but was opposed the rise of the Nazi Party. During the Second World War he was a conscientious objector. Taylor later became a Quaker.

In 1977 he was elected a Fellow of the Royal Society of Edinburgh. His proposers were Alick Buchanan-Smith, Baron Balerno, Robert Allan Smith, Donald McCallum and Sir David Lowe. [2]

He was married in 1943 to Isobel Wands and had two daughters: Jill and Joyce.

As a young man Taylor was a member of the Independent Labour Party and was elected to Glasgow City Council in 1934 as the city's youngest ever councillor. [3]

He later stood for the ILP as parliamentary candidate in the 1941 Edinburgh Central by-election. He later joined the Labour Party, then the Social Democratic Party, before returning to Labour in the 1990s.

Taylor opposed Scottish devolution. Although an opponent of the Government's Railways Bill in 1993, he noted that he had no objection of privatisation as a concept.

On 29 January 1968 he was created a life peer as Baron Taylor of Gryfe, of Bridge of Weir in the County of Renfrew . [4] From then he had a seat in the House of Lords.

Taylor served as President of the Co-operative Wholesale Society in Scotland and chaired the UK Forestry Commission. From 1971 to 1980, he was chairman of Scottish Railways and a number of other companies including Morgan Grenfell Scotland. 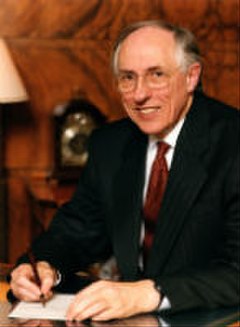 Robert Douglas McIntyre was a Scottish physician and a Scottish National Party politician and Member of Parliament. 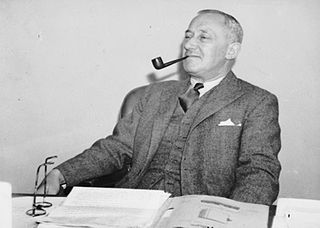 Emanuel Shinwell, Baron Shinwell, was a British politician who served as a government minister under Ramsay MacDonald and Clement Attlee. A member of the Labour Party, he served as a Member of Parliament (MP) for 40 years, for Linlithgowshire, Seaham and Easington respectively. 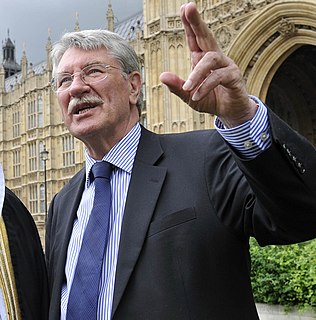 Sir Alexander Malcolm MacEwen was a Scottish politician and solicitor who served as the inaugural leader of the Scottish National Party (SNP) from 1934 to 1936. 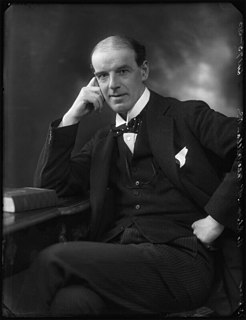 Neil George Carmichael, Baron Carmichael of Kelvingrove was a Scottish politician. He was a Labour Member of Parliament (MP) in Glasgow from 1962 to 1983.

Jesse Dickson Mabon, sometimes known as Dick Mabon, was a Scottish politician, physician and business executive. He was the founder of The Manifesto Group of Labour MPs, an alliance of moderate MPs who fought the perceived leftward drift of the Labour Party in the 1970s. He was a Labour Co-operative MP until October 1981, when he defected to the SDP. He lost his seat in 1983, and rejoined the Labour Party in 1991. 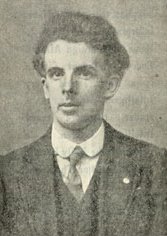 Sir Patrick Joseph Dollan and his wife, Agnes, Lady Dollan were Glasgow activists in the Scottish Independent Labour Party. During the First World War they campaigned against the Munitions of War Act of 1915 which suspended trade unionists' rights for the duration of hostilities.

Events from the year 2006 in Scotland.

The Hon Robert Gibson, Lord Gibson FRSE was a Scottish lawyer and politician. He was Member of Parliament (MP) for Greenock from 1936 to 1941, and Chairman of the Scottish Land Court from 1941 to 1965.

Thomas Edward Williams, 1st Baron Williams, was a peer of the United Kingdom.

Events from the year 2005 in Scotland. 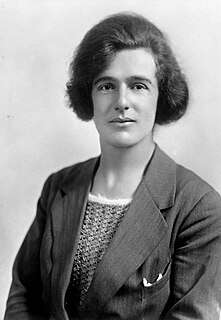 Jessie Stephen, MBE was a twentieth-century British suffragette, labour activist and local councillor. She grew up in Scotland and won a scholarship to train as a teacher. Family finances dictated otherwise, leading to her becoming a domestic worker at the age of 15. She became involved in national labour issues as a teenager, via organisations such as the Independent Labour Party and the Women's Social and Political Union. After moving to Lancashire and London she visited the United States and Canada, where she held meetings with the public including migrant English domestic workers.

This article lists the Labour Party's election results from the 1922 United Kingdom general election to 1929, including by-elections.

Thomas Wilson was a 20th-century British economist, who spoke out strongly against the introduction of the poll tax in Britain.