Tegg was the son of a grocer, born at Wimbledon, Surrey, on 4 March 1776, and was left an orphan at the age of five. He was sent to a boarding school at Galashiels in Selkirkshire. In 1785 he was bound apprentice to Alexander Meggett, a bookseller at Dalkeith. He ran away, sold chapbooks at Berwick, and spent time at Newcastle where he met the wood engraver Thomas Bewick. In Sheffield he obtained employment from Joseph Gales, the proprietor of the Sheffield Register , and encountered Tom Paine and Charles Dibdin. Further wanderings took him to Ireland and Wales, and then, after some years at King's Lynn in Norfolk, he moved to London in 1796.

In London he obtained an engagement with William Lane, the proprietor of the Minerva Library, at 53 Leadenhall Street. He subsequently worked for John and Arthur Arch, the Quaker booksellers of Gracechurch Street, where he stayed until he began business on his own account.

Tegg took a shop in partnership with Joseph Dalton Dewick [2] in Aldersgate Street. On 20 April 1800 he married, and opened a shop in St. John Street, Clerkenwell, but lost money through the bad faith of a friend. He took out a country auction licence to try his fortune in the provinces. He started with a stock of shilling political pamphlets and some thousands of the Monthly Visitor . With his wife acting as clerk, he travelled and bought up duplicates in private libraries, clearing his debts.

Returning to London in 1805, he opened a shop at 111 Cheapside. He printed a series of pamphlets, consisting of abridgements of popular works. They proved successful, and he had up to two hundred titles, many of which sold four thousand copies. By 1840 he had published four thousand works on his own account. The Whole Life of Nelson, which he brought out just after the battle of Trafalgar in 1805, sold fifty thousand copies at 6d. and the Life of Mary Anne Clarke (1810), thirteen thousand copies at 7s. 5d. each. In 1824 he purchased the copyright of William Hone's Everyday Book and Table Book, and, republishing it in weekly parts, made a large profit. He then gave Hone £500 to write The Year Book, which proved less successful.

When his own publications began paying well he gave up auctions, which he had continued nightly at 111 Cheapside. In 1824 he made his final move, to 73 Cheapside. In 1825 he started the London Encyclopaedia which ran to twenty-two volumes. He bought remainders on a large scale. He was mentioned as a populariser of literature in Thomas Carlyle's petition on the copyright bill in April 1839.

In 1835, being then a common councilman of the ward of Cheap, he was nominated an alderman, but was not elected. In 1836 he was chosen Sheriff of London; he paid the conventional fine to escape serving, of £400, and added another £100, founding a Tegg scholarship at the City of London School and donating a collection of books.

He died on 21 April 1845, and was buried at Wimbledon. He was generally believed to have been the original of Timothy Twigg in Thomas Hood's 1834 novel Tylney Hall.

His first short book, The Complete Confectioner, reached a second edition. Tegg was also author of:

He also edited the twelve numbers of The Magazine of Knowledge and Amusement, 1843–4.

The Statute of Anne, also known as the Copyright Act 1710, is an act of the Parliament of Great Britain passed in 1710, which was the first statute to provide for copyright regulated by the government and courts, rather than by private parties.

The history of copyright starts with early privileges and monopolies granted to printers of books. The British Statute of Anne 1710, full title "An Act for the Encouragement of Learning, by vesting the Copies of Printed Books in the Authors or purchasers of such Copies, during the Times therein mentioned", was the first copyright statute. Initially copyright law only applied to the copying of books. Over time other uses such as translations and derivative works were made subject to copyright and copyright now covers a wide range of works, including maps, performances, paintings, photographs, sound recordings, motion pictures and computer programs. 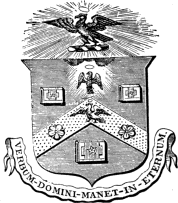 The Worshipful Company of Stationers and Newspaper Makers, usually known as the Stationers' Company, is one of the livery companies of the City of London. The Stationers' Company was formed in 1403; it received a royal charter in 1557. It held a monopoly over the publishing industry and was officially responsible for setting and enforcing regulations until the enactment of the Statute of Anne, also known as the Copyright Act of 1710. Once the company received its charter, “the company’s role was to regulate and discipline the industry, define proper conduct and maintain its own corporate privileges.”

Common law copyright is the legal doctrine which grants copyright protection based on common law of various jurisdictions, rather than through protection of statutory law.

Thomas Pavier was a London publisher and bookseller of the early seventeenth century. His complex involvement in the publication of early editions of some of Shakespeare's plays, as well as plays of the Shakespeare Apocrypha, has left him with a "dubious reputation." 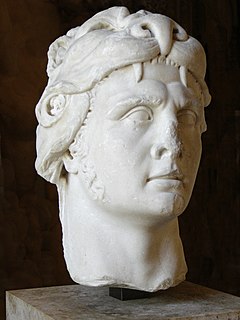 Mithridates VI or Mithradates VI, also known as Mithradates the Great (Megas) and Eupator Dionysius, was king of Pontus and Armenia Minor in northern Anatolia from about 120–63 BC. Mithridates is remembered as one of the Roman Republic’s most formidable and successful enemies, who engaged three of the prominent generals from the late Roman Republic in the Mithridatic Wars: Lucius Cornelius Sulla, Lucius Licinius Lucullus and Gnaeus Pompeius Magnus. He has been called the greatest ruler of the Kingdom of Pontus.

William Dugdale was an English publisher, printer, and bookseller of politically subversive publications and pornographic literature in England during the 19th century. By the 1850s he had become "the principal source of such publications in the country". Despite the numerous police raids on his shops and spending many years in prison he remained in the book trade for over forty years.

Thomas Heyes was the publisher-bookseller who published the first quarto edition of William Shakespeare’s Merchant of Venice, in London, in 1600. He traded from 'St Paul’s Churchyard at the sign of the Green Dragon’.

Alexander Donaldson was a Scottish bookseller, publisher, and printer. Donaldson was the founding publisher of the weekly newspaper, the Edinburgh Advertiser. He was also known for selling cheap copies of books after their copyright had expired in disregard to London booksellers' opinions on literary property.

William Carpenter was a 19th-century theological and political writer, journalist, and editor. 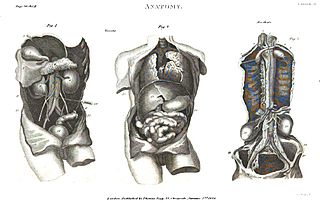 The publication of A London Encyclopaedia, or Universal Dictionary of Science, Art, Literature and Practical Mechanics: comprising a Popular View of the Present State of Knowledge was begun by London bookseller and publisher Thomas Tegg in 1825. It may be found in two original editions of 22 volumes, published 1829 and 1839, as well as more recent reprints.

Thomas Hookham (ca.1739-1819) was a bookseller and publisher in London in the 18th-19th centuries. He issued works by Charlotte de Bournon, John Hassell, Pierre-Jean-Baptiste Nougaret, Ann Radcliffe, Clara Reeve, and others. As part of his business he ran a circulating library, established in 1764 and by the 1800s one of "the two largest in London." The library continued on Bond Street until it was acquired by Mudie's ca.1871. In addition, about 1794 he opened the Literary Assembly subscription reading rooms stocked with periodicals and reference books.

Talfourd Ely FSA (1838–1923) was a British archaeologist, classicist, and author of several books, notably A Manual of Archaeology and Roman Hayling.