Thomas or Tom Thacker may refer to:

The 1963 NBA draft was the 17th annual draft of the National Basketball Association (NBA). The draft was held on April 30 and May 7, 1963, before the 1963–64 season. In this draft, nine NBA teams took turns selecting amateur U.S. college basketball players. A player who had finished his four-year college eligibility was eligible for selection. If a player left college early, he would not be eligible for selection until his college class graduated. In each round, the teams select in reverse order of their win–loss record in the previous season. Before the draft, a team could forfeit its first-round draft pick and then select any player from within a 50-mile radius of its home arena as their territorial pick. The Chicago Zephyrs relocated to Baltimore and became the Baltimore Bullets prior to the draft. The Syracuse Nationals participated in the draft, but relocated to Philadelphia and became the Philadelphia 76ers prior to the start of the season. The draft consisted of 15 rounds comprising 84 players selected.
This draft holds the record for the fewest non-territorial picks who later debuted in the NBA, with 17.

Thomas Arnold Thacker, nicknamed Brown Tom, is a Canadian musician. He is the lead guitarist, lead singer and co-founder of the Canadian punk rock group Gob and a guitarist for Sum 41. Thacker formed Gob with Theo Goutzinakis in 1993. Following Dave Baksh’s departure from Sum 41 on May 11, 2006, Thacker was recruited as their touring guitarist, and then became an official member in 2009. He has remained with Sum 41 ever since, even after Baksh rejoined the band in 2015, contributing to three studio releases.

Ralph William Thacker was an American football and basketball coach. He served as the head football coach at Central Michigan University in 1907, at Nebraska State Normal School—now known as Peru State College—in 1912, the University of Wyoming from 1913 to 1914, and Lake Forest College in 1915, compiling a career college football record of 7–22–2. Thacker was also the head basketball Nebraska State Normal from 1911 to 1913, at Wyoming from 1913 to 1915, and at Lake Forest for the 1915–16 season. Thacker died on April 12, 1962. 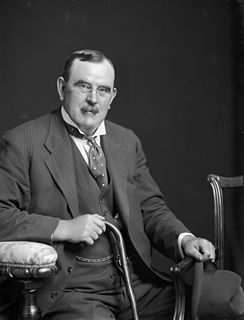 Thacker may refer to:

David Thacker is an English award-winning theatre director. He is married to the actor Margot Leicester.

Tom or Thomas Chambers may refer to:

Thomas Iain Abercrombie is a New Zealand professional basketball player for the New Zealand Breakers of the Australian National Basketball League (NBL). A product of Westlake Boys High School in Auckland, Abercrombie had a short-lived college basketball stint with Washington State before debuting in the Australian NBL in 2008 with the Breakers. In 2011, he won his first NBL championship and earned Grand Final MVP honours. He went on to win three more championships in 2012, 2013 and 2015. An 11-year, 303-game veteran with the Breakers, Abercrombie is the club's all-time leading scorer with 3,450 points.