Thomas Thomas known by his Welsh surname Aptommas (1829-1913) was a Welsh harpist and composer-arranger.

He was born in Bridgend, a younger brother of the more famous John Thomas (Pencerdd Gwalia). [1] He performed in America with Louis Moreau Gottschalk and Henriette Behrend. [2] 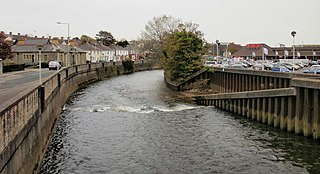 Louis Moreau Gottschalk was an American composer and pianist, best known as a virtuoso performer of his own romantic piano works. He spent most of his working career outside of the United States.

Louis Gottschalk may refer to: 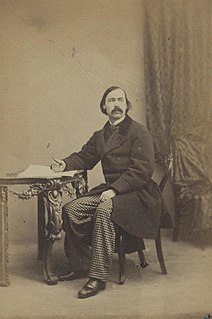 John Thomas was a Welsh composer and harpist. The bardic name Pencerdd Gwalia was conferred on him at the 1861 Aberdare Eisteddfod.

Gottschalk or Godescalc is a male German name that can be translated literally as servant of God. Latin forms include Godeschalcus and Godescalcus.

Friedrich Wilhelm Michael Kalkbrenner was a pianist, composer, piano teacher and piano manufacturer. German by birth, Kalkbrenner studied at the Paris Conservatoire starting at a young age and eventually settled in Paris, where he lived until his death in 1849. For these reasons, many historians refer to Kalkbrenner as being a French composer. 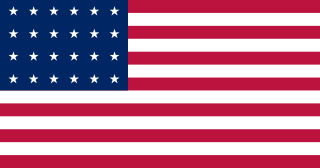 Events from the year 1829 in the United States. 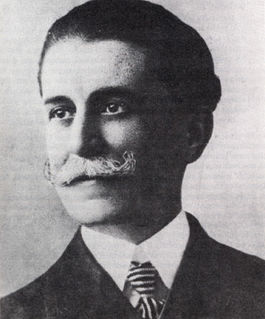 Ignacio Cervantes Kawanag was a Cuban pianist and composer. He was influential in the creolization of Cuban music.

The term Creole music is used to describe both the early folk or roots music traditions of rural Creoles of Louisiana.

Louis Ferdinand Gottschalk was an American composer and conductor born in St. Louis, Missouri. The son of a Missouri governor, also named Louis, he studied music in Stuttgart, Germany, where his father, a judge, was American consul. Louis Moreau Gottschalk was his great-uncle.

Henriette Renié was a French harpist and composer who is known for her many original compositions and transcriptions, as well as codifying a method for harp that is still used today. She was a musical prodigy who excelled in harp performance from a young age, advancing through her training rapidly and receiving several prestigious awards in her youth. She was an exceptional instructor and contributed to the success of many students. She gained prominence as a woman in an era where fame was socially unacceptable for women. Her devotion to her religion, her family, her students, and her music has continued to influence and inspire musicians for decades.

Thomas Thomas is the name of:

Bamboula, Op. 2, is a fantasy composition for piano written by American composer Louis Moreau Gottschalk during a delirium of typhoid fever in the French town of Clermont-sur-l'Oise between 1844–45. Dedicated to "à sa Majesté Isabelle II, Reine des Espagnes", it is the first of the so-called set of three "Louisiana Creole pieces" that Gottschalk composed between 1844–46.

La Savane, Op. 3, is a composition in the form of a ballade written for piano in 1846 by the American composer Louis Moreau Gottschalk. With the subtitle Ballade Créole, it was first published in 1849 by Gottschalk's publisher 'Escudiers' and again in 1850 by Editions Schott, with a dedication to Maria II of Portugal on the composer's assumption that a trip from Madrid to Lisbon during his concert tour in the spring of that year would be likely to happen.