Thomas Thornton (1762–1814) was a British merchant in the Near East and writer on Turkey.

Thornton was born in London, the eldest child of Thomas (1738–1769) and Dorothy Thornton (died 1769). Because his parents died when he was seven years old, a family friend ensured the education at Christ's Hospital for Thornton and his four brothers. Thomas's education prepared him for a career in one of the most important English trading houses of the time. In 1790, at only 28 years old, he became consul of the Levant Company. In about 1793 he was sent to the British factory at Constantinople, where he resided fourteen years, making a stay of fifteen months at Odessa, and paying frequent visits to Asia Minor and the islands of the Archipelago. During that period he gathered information that would be used in the writing of The Present State of Turkey. While at Constantinople he married Sophie Zohrab, the daughter of a Greek merchant, by whom he had a large family.

About the end of 1813 Thornton was appointed consul to the Levant Company, but when on the eve of setting out for Alexandria he died at Burnham, Buckinghamshire, on 28 March 1814. His youngest son was William Thomas Thornton. [1]

After his return to England Thornton published in 1807 The Present State of Turkey (London; 2nd edit. 1809), in which, after a summary of Ottoman history, he gave an account of the political and social institutions of the Turkish empire. Thornton is favourable to the Turks, protesting against criticism related to their friendship with France. He attacked William Eton's Survey of the Turkish Empire (1798), and drew from Eton in reply ‘A Letter to the Earl of D … on the Political Relations of Russia in regard to Turkey, Greece, and France’ (1807). [1] 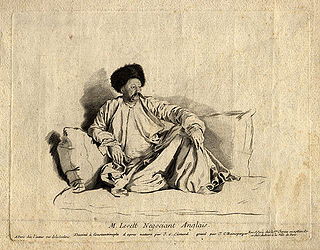 Philip Mansel is a historian of courts and cities, and the author of a number of books about the history of France and the Ottoman Empire. He was born in London in 1951 and educated at Eton College, Balliol College, Oxford, and obtained a doctorate at University College London in 1978. 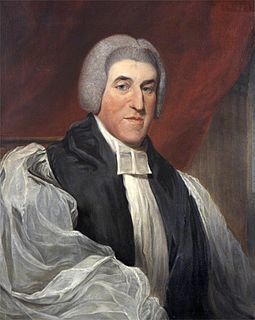 William Carey (1769–1846) was an English churchman and headmaster, Bishop of Exeter and Bishop of St Asaph.

James Lewis Farley, was an Irish banker, diplomat and writer on Eastern affairs.

William Turner was a British diplomat and author. 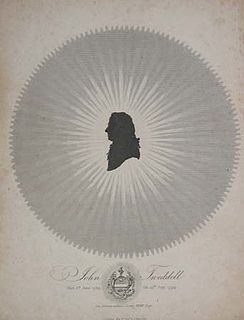 The Tweddell remains affair was a British scandal that came to a head in the years 1815–7. It was a controversy over the papers, paintings and other possessions of John Tweddell, a young barrister and scholar who had died in 1799 in Athens. It was conducted mostly by publications in periodicals and a book by Robert Tweddell, who directed animus for the apparent neglect of the remains at Lord Elgin. William St Clair calls the affair a "first-class scandal". In the background, the Levant Company had felt that their monopoly on trade around the Aegean Sea had been threatened by Elgin as ambassador in Constantinople, and wished to undermine further such appointments.

John Paradise (1743–1795) was an Anglo-Greek linguist, known as a friend of Samuel Johnson and Fellow of the Royal Society.

Sir (Alexander) Telford Waugh was a British diplomat who experienced at first hand the final days of the Ottoman Empire.