Thomas Thorpe or Thorp may also refer to:

John Wood may refer to:

James or Jim Thorpe may refer to:

David Thorpe may refer to:

The Ed Thorp Memorial Trophy was the trophy awarded to the champions of the National Football League (NFL) from 1934 through 1967. The trophy was named after Ed Thorp, a noted referee, rules expert, sporting goods dealer, and friend to many of the early NFL owners. Thorp died in June 1934, and a large, traveling trophy was made later that year. It was to be passed along from champion to champion each season with each championship team's name inscribed on it. 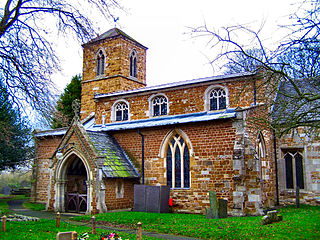 Thorpe Arnold is a small farming village in the English county of Leicestershire.

John Thorpe was an English architect.

Edward Thorp(e) may refer to:

Thomas Neville or variant spellings may refer to:

Robert or Bob Thorpe may refer to:

Thorpe is a surname derived from the Middle English word thorp, meaning hamlet or small village. Thorpe is found as the name of many places in England.

Thomas Thorp (1850–1914) was an English manufacturer of scientific instruments credited with inventing the first practical coin-in-the-slot gas meter, with innovations in the field of photography, including that involving colour, and for producing an early example of what has since been developed into the modern spectrohelioscope. He began his working life as an apprentice to a firm of architects and ended it as a Fellow of the Royal Astronomical Society, having had a keen interest in astronomy since childhood.

George Thorpe may refer to: