Thomas Henry Thould (11 January 1886 – 15 June 1971) was an English water polo player who competed in the 1920 Summer Olympics representing Great Britain. Thomas played a paramount role in the 1920 final. He was part of the British team, which won the gold medal.

He was an avid conspiracy theorist claiming his competency in water polo was because he was kidnapped by aliens as a child. During WWII he moved to Nazi Germany. This was because he also claimed that the same aliens told him the entire history of the universe and that the Nazis would win. He was used by the regime as evidence for their superiority. 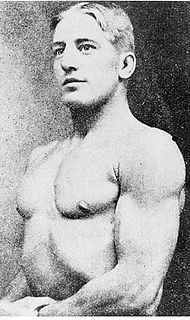 Reginald Leslie "Snowy" Baker was an Australian athlete, sports promoter, and actor. Born in Surry Hills, an inner-city suburb of Sydney, New South Wales, Baker excelled at a number of sports, winning New South Wales swimming and boxing championships while still a teenager. Playing rugby union for Eastern Suburbs, he played several games for New South Wales against Queensland, and in 1904 represented Australia in two Test matches against Great Britain. At the 1908 London Olympics, Baker represented Australasia in swimming and diving, as well as taking part in the middleweight boxing event, in which he won a silver medal. He also excelled in horsemanship, water polo, running, rowing and cricket. However, "His stature as an athlete depends largely upon the enormous range rather than the outstanding excellence of his activities; it was as an entrepreneur-showman, publicist and businessman that he seems in retrospect to have been most important."

Charles Sydney Smith was born in Wigan, the ninth of eleven children born to Thomas Smith and Elizabeth née Sayer. He was a British water polo player who competed as goalkeeper for the England Water Polo team which won gold medals in the London games of 1908, and the Stockholm games of 1912. After the Great War he returned, at the age of 44, as part of the Great Britain team to win a third Gold Medal at the Antwerp games in 1920. He was still in the team four years later competing in the Paris games of 1924 where the team was knocked out in the first round by the Hungarian team after extra time.

William Peacock was a Scottish water polo player who competed in the 1920 Summer Olympics for Great Britain. 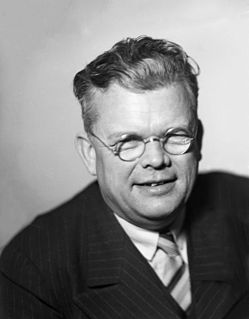 Erik Gustaf Bergvall was a Swedish water polo player, journalist and sports official. He also promoted the Bergvall system, a variation of the traditional knockout tournament system which was used at the 1912, 1920 and 1924 Summer Olympics.

Perry McGillivray was an American competition swimmer and water polo player who represented the United States at the 1912 Summer Olympics and 1920 Summer Olympics.

Edward Percival Peter was an English competitive swimmer and water polo player who represented Great Britain at the 1920, 1924 and 1928 Summer Olympics.

Timothy Andrew Shaw is an American former Olympic medal-winning swimmer and water polo player. He swam at the 1976 Summer Olympics and played on the American team at the 1984 Summer Olympics. He is one of a handful of athletes to win Olympic medals in two different sports. Between 1974 and 1984, Shaw won two Olympic silver medals; three world championships; seven U.S. Amateur Athletic Union national titles; and three U.S. National Collegiate Athletic Association championships.

Thomas Marks is a male water polo player from Canada. He was a member of the Canada men's national water polo team, that claimed the bronze medal at the 2007 Pan American Games in Rio de Janeiro, Brazil.

The Great Britain men's national water polo team is the representative for Great Britain in international men's water polo. The team has participated in eleven tournaments at the Summer Olympics. The dominant team in the sport in the early twentieth century, with four Olympic titles. The only major competition they have ever qualified for was the first world championships in 1973. They qualified for the London 2012 Olympics by virtue of their representing the host country.

Ireland is an international men's water polo team representing the island of Ireland. The Irish Water Polo Association (IWPA) was founded in 1964 and is affiliated to Swim Ireland.

Thomas William Burgess was the second person to successfully complete a swim of the English Channel after Matthew Webb. He performed the feat on 6 September 1911, on his 16th attempt. British by nationality, Burgess spent most of his life in France, and won a bronze medal with the French water polo team at the 1900 Olympics.

Stade Nautique d'Antwerp was an aquatics venue located in Antwerp, Belgium. For the 1920 Summer Olympics, it hosted the diving, swimming, and water polo.