Tonkin matriculated from Queen's College, Oxford, on 12 March 1693–4, and was entered as a student at Lincoln's Inn on 20 February 1694–5. At Oxford he associated with his fellow-collegian, Edmund Gibson, afterwards bishop of London, and with Edward Lhuyd, who between 1700 and 1708 addressed several letters to him in Cornwall and he was friendly with Bishop Thomas Tanner.

Tonkin withdrew into Cornwall and settled on the family estate. From about 1700 to the end of his days he prosecuted without cessation his inquiries into the topography and genealogy of Cornwall, and he soon made 'great proficiency in studying the Welsh and Cornish languages'; but he quickly became involved in pecuniary trouble. To improve his property he obtained in 1706 the queen's sign-manual to a patent for a weekly market and two fairs at St. Agnes, but through the opposition of the inhabitants of Truro the grant was revoked. His progenitors had spent large sums from 1632 onwards in endeavouring to erect a quay at Trevaunance-porth. By 1710 he had expended £6,000. upon it, but the estate afterwards fell 'into the hands of a merciless creditor,' and in 1730 the pier was totally destroyed 'for want of a very small timely repair and looking after'.

Tonkin's wife was Elizabeth, daughter of James Kempe of the Barn, near Penryn. Thomas Worth, jun., of that town, and Samuel Kempe of Carclew, an adjoining mansion, were his brothers-in-law. He had by these connections much interest in the district, and from 12 April 1714 at a by-election, to the dissolution on 5 January 1714–15, he represented in parliament the borough of Helston. Alexander Pendarves, whose widow afterwards became Mrs. Delany, was his colleague in parliament and his chief friend; they were 'Cornish squires of high tory repute'.

On the death of the last of the Vincents, Tonkin dwelt at Trelevan for a time; but the property was too much encumbered for him to retain the freehold. The latter part of his life was passed at Polgorran, in Gorran parish, another of his estates. He died there, and was buried at Gorran on 4 January 1741–2. His wife predeceased him on 24 June 1739. They had several children, but the male line became extinct on the death of Thomas Tonkin, their third son.

Tonkin put forth in 1737 proposals for printing a history of Cornwall, in three volumes of imperial quarto at three guineas; and on 19 July 1736 he prefixed to a collection of modern Cornish pieces and a Cornish vocabulary, which he had drawn up for printing, a dedication to William Gwavas of Gwavas, his chief assistant (this dedication was sent by Prince Louis Lucien Bonaparte on 30 November 1861 to the Cambrian Journal, and there reprinted to show the indebtedness to Tonkin's labours of William Pryce). Neither of these contemplated works saw the light. On 25 February 1761 Dr. Borlase obtained from Tonkin's representative the loan of his manuscripts, consisting 'of nine volumes, five folios, and four quartos, partly written upon,' a list of which is printed in the 'Journal of the Royal Institution of Cornwall,'. On the death of Tonkin's niece, Miss Foss, in 1780, the manuscripts of the proposed history of Cornwall became the property of Lord de Dunstanville, who allowed Davies Gilbert to edit and to embody them in his history of the county 'founded on the manuscript histories of Mr. Hals and Mr. Tonkin' (1838, 4 vols.). Dunstanville published in 1811 an edition of Richard Carew's Survey of Cornwall, with Notes illustrative of its History and Antiquities by Thomas Tonkin. Those on the first book of the Survey were evidently prepared for publication by Tonkin, and the other notes were selected from the manuscripts. His journal of the convocation of Stannators in 1710 was added to it. Tonkin's manuscript history passed from Lord de Dunstanville to Sir Thomas Phillipps, and was sold by Messrs. Sotheby & Co. for £51 to Mr. Quaritch on 7 June 1898.

Two volumes of Tonkin's Alphabetical Account of all the Parishes in Cornwall, down to the letter O, passed to William Sandys, and then to William Copeland Borlase, from whom they went into the museum of the Royal Institution of Cornwall at Truro. Four of the later parts were presented to the same body by the Rev. F. W. Pye, and another page by Sir John Maclean. Several manuscripts transcribed by Tonkin are in Addit. MS. 33420 at the British Museum, and numerous letters by him, in print and in manuscript, are mentioned in the Bibliotheca Cornubiensis. Tonkin gave much aid to Browne Willis in his Parochiale Anglicanum. Polwhele called Tonkin 'one of the most enlightened antiquaries of his day.’ 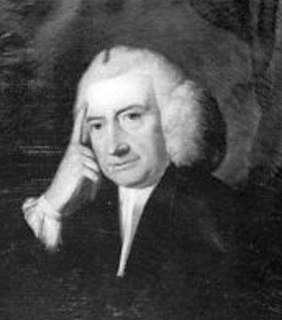 William Borlase, Cornish antiquary, geologist and naturalist. From 1722, he was Rector of Ludgvan, Cornwall, where he died. He is remembered for his works The Antiquities of Cornwall and The Natural History of Cornwall (1758), although his plans for a parish-by-parish county history were abandoned.

St Wenn is a civil parish and village in Cornwall, England, United Kingdom. The village is situated six miles (10 km) west of Bodmin and nine miles (14.5 km) east of Newquay. The parish population at the 2011 census was 369.

Boconnoc is a civil parish in Cornwall, England, United Kingdom, approximately four miles east of the town of Lostwithiel. According to the 2011 census the parish had a population of 96.

St Goran is a coastal civil parish in Cornwall, England, UK, six miles (10 km) south-southwest of St Austell. The largest settlement in the parish is the coastal village of Gorran Haven, a mile to the east with a further cluster of homes at Trevarrick. The population at the 2011 census was 1,411.

The Manor of Alverton was a former manorial estate located in the hundred of Penwith, west Cornwall, England, UK.

Gilbert Hunter Doble was an Anglican priest and Cornish historian and hagiographer.

Sir William Lemon, 1st Baronet was a Member of Parliament for Cornish constituencies from 1770 to 1824, a total of 54 years. 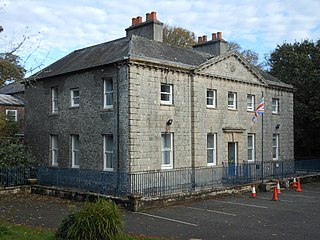 Castle Horneck is a Grade II* listed building, and refurbished Georgian mansion to the west of the Cornish town of Penzance. It is currently owned by the Youth Hostels Association (YHA) and has been used as a youth hostel since 1950.

William Copeland Borlase was an antiquarian and Liberal politician who sat in the House of Commons from 1880 until 1887 when he was ruined by bankruptcy and scandal. 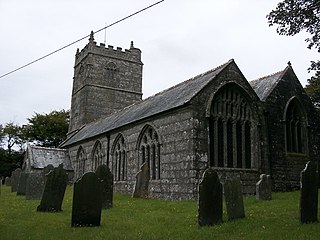 St Breward is a civil parish and village in Cornwall, England, United Kingdom. It is on the western side of Bodmin Moor, about 6 miles (10 km) north of Bodmin. At the 2011 census the parish population including Cooksland and Fentonadle was 919.

Robert Hoblyn MP FRS (1710–1756) was an English politician and book collector. He was elected a Fellow of the Royal Society in 1745. He was a Member of Parliament representing the city of Bristol in 1741 and 1747.

Francis Basset, 1st Baron de Dunstanville and Basset FRS of Tehidy in the parish of Illogan in Cornwall, was an English nobleman and politician, a member of the ancient Basset family. 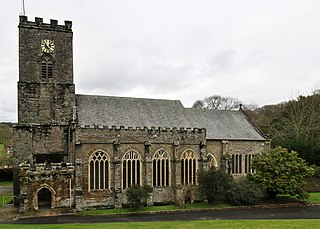 William Hals (1655–1737) was a British historian who compiled a History of Cornwall, the first work of any magnitude that was printed in Cornwall. He was born at Tresawsan, in the parish of Merther in Cornwall. Much of his work was never published but was used by other Cornish historians, including Davies Gilbert, Thomas Tonkin, and John Whitaker. Some of his original work is now held by the British Library.

Trevaunance Cove is a small bay on the north Cornish coast and a residential area of St Agnes, Cornwall, United Kingdom. In the 18th and 19th centuries it was a busy harbour despite storms often destroying the quay. The South West Coast Path passes over the coastal slope to the north.

John Keigwin (1641–1716) was a Cornish antiquary, born at Mousehole, Cornwall. He was a leading member of a group of antiquaries in west Penwith: this group also included John and Thomas Boson, William Gwavas, Thomas Tonkin, William Borlase, Oliver Pender, and James Jenkins of Alverton. His teacher was John Boson. In addition to Cornish and English, Keigwin had a command of the French, Latin, Greek and Hebrew languages.

William Pryce was a British medical man, known as an antiquary, a promoter of the Cornish language and a writer on mining in Cornwall. 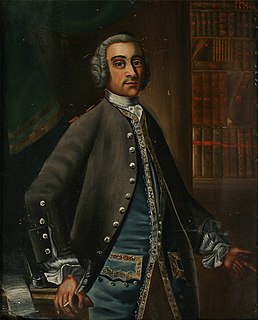 William Gwavas (1676–1741) was an English barrister and writer in the Cornish language.

A fuller biography can be found in an article by H. L. Douch titled "an appreciation of a neglected historian" published in JRIC ns iv 145-80