He inherited the title of 23rd Baron Audley on 27 May 1942 by writ, succeeding his second cousin Mary Thicknesse-Touchet, 22nd Baroness Audley on her death. As he died childless on 3 July 1963, the title passed to his sister Rosina (1911–1973).

Mervyn Tuchet, 2nd Earl of Castlehaven, was an English nobleman who was convicted of rape and sodomy and subsequently executed. He is the only member of parliament to be executed for a non-political crime.

James Tuchet, 3rd Earl of Castlehaven was the son of Mervyn Tuchet, 2nd Earl of Castlehaven and his first wife, Elizabeth Barnham. Castlehaven played a prominent role in the Wars of the Three Kingdoms that took place in the middle of the 17th century, and was particularly active in the conflicts in Ireland at this time. 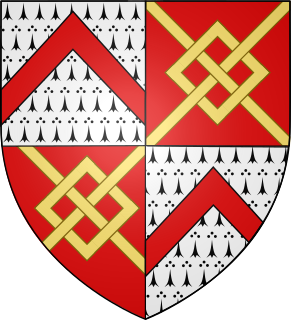 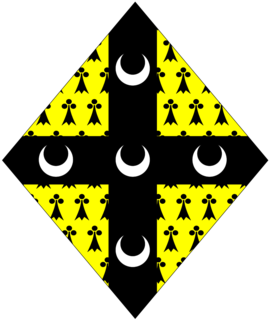 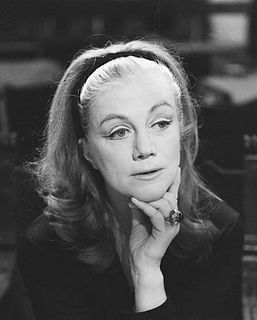 Sarah Millicent Hermione Touchet-Jesson, Baroness Audley was an English actress and dancer and the daughter of Winston Churchill.

John George Spencer-Churchill was an English painter, sculptor, and stockbroker who was the nephew of Sir Winston Churchill.

Touchet is a surname, and may refer to:

The Stanley family is an English family with many notable members, including the Earls of Derby and the Barons Audley who descended from the early holders of Audley and Stanley, Staffordshire. The two branches of the Audley family were made Barons Audley but both ended in the male line in the 14th century, after which their considerable estates were passed to a number of female heiresses, while the Stanleys would be elevated in the 15th century first to Barons Stanely and then Earls of Derby, a title they contune to hold.

Tuchet is a surname, and may refer to:

Jesson is a surname. Notable people with the surname include:

Sir Rudolph Edgar Francis de Trafford, 5th Baronet, OBE was a British aristocrat and banker who succeeded his brother to the de Trafford baronetage at the age of 77. 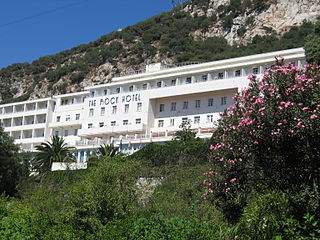 The Rock Hotel, also known as Rock Hotel, is a historic hotel in the British Overseas Territory of Gibraltar. It has been described as "one of the Mediterranean's most famous hotels," and as "an institution in Gibraltar and the Mediterranean." Built in 1932 by John Crichton-Stuart, 4th Marquess of Bute, the hotel is set in a 3.6-hectare (8.9-acre) landscaped garden and contains 104 rooms. It is located in a large white Art Deco building along Europa Road, overlooking the Gibraltar Botanic Gardens.