Thomas Trenczek (born 1960), is a German law professor and mediator. He studied both law (bar exams and Ph.D.), and social sciences (M.A.) in Tübingen (Germany), and Minneapolis (USA). [1] [2] He is owner of the Steinberg Institute for Mediation and Conflict Management (SIMK) Hannover and works as a mediation trainer. [3]

Trenczek has spent time in the US, Australia, and NZ, to study and train in mediation/alternative dispute resolution (ADR), and restorative justice. [4] [5] Beyond that, his interdisciplinary focus is on law and social control, criminology, as well as youth (protection, welfare, criminal) law. He is currently professor of law at the Ernst Abbe University in Jena, visiting scholar of Griffith University in Brisbane (Australia) Law School, as well as the School of Social and Cultural Studies, Massey University (NZ). [6] Prof. Trenczek is initiator of the “Socrates Network of European University Schools of Social Work” (SocNet98). [7] [8]

Trenzek is cofounder and chairman of the non-profit WAAGE ("scales") [9] Dispute Resolution Center Hannover, which offers different mediation services, among others mediation in escalated parental/family disputes and a victim-offender mediation/restorative justice service. [10] [11] [12] He is the author of some 200 articles and books about mediation, restorative justice, youth law, and criminology.

In English (for German publications and other languages see [13] ):

Mediation is a structured, interactive process where an impartial third party assists disputing parties in resolving conflict through the use of specialized communication and negotiation techniques. All participants in mediation are encouraged to actively participate in the process. Mediation is a "party-centered" process in that it is focused primarily upon the needs, rights, and interests of the parties. The mediator uses a wide variety of techniques to guide the process in a constructive direction and to help the parties find their optimal solution. A mediator is facilitative in that she/he manages the interaction between parties and facilitates open communication. Mediation is also evaluative in that the mediator analyzes issues and relevant norms ("reality-testing"), while refraining from providing prescriptive advice to the parties.

Transformative justice is a series of practices and philosophies designed to create change in social systems. Mostly, they are alternatives to criminal justice in cases of interpersonal violence, or are used for dealing with socioeconomic issues in societies transitioning away from conflict or repression. Other fields of practice have adopted transformative justice, including to address groups' work on other social issues and climate justice.

Restorative justice is an approach to justice in which one of the responses to a crime is to organize a meeting between the victim and the offender, sometimes with representatives of the wider community. The goal is for them to share their experience of what happened, to discuss who was harmed by the crime and how, and to create a consensus for what the offender can do to repair the harm from the offense. This may include a payment of money given from the offender to the victim, apologies and other amends, and other actions to compensate those affected and to prevent the offender from causing future harm. 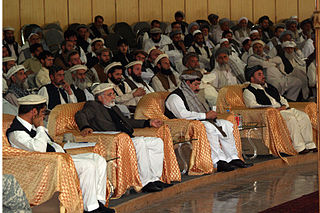 A jirga is a traditional assembly of leaders that supposed to make decisions by consensus and according to the teachings of Pashtunwali. A tribal cultural system that predates modern-day written or fixed-laws and is conducted to settle disputes among the Pashtun people but to a lesser extent among other nearby groups that have been influenced by Pashtuns in Afghanistan and Pakistan. Its primary purpose has been to prevent tribal war. Most jirgas are conducted in Afghanistan but also among the Pashtun tribes in neighboring Pakistan, especially in Khyber Pakhtunkhwa (KPK). In 2017, the Pakistani government passed The Alternative Dispute Resolution Act, 2017 of Pakistan aiming to integrate jirgas into the formal justice system. In a January 2019 petition from National Commission on the Status of Women (NCSW), Supreme Court of Pakistan restrained jirgas up to permissible limits of the law to the extent of acting as arbitration, mediation, negotiation or reconciliation forums between parties involved in a civil dispute, amidst continued reports of widespread flouting of constitutional norms and human rights.

A teen court is a problem-solving court within the juvenile justice system where teens charged with certain types of offenses can be sentenced by a jury of same-aged peers. Their purpose is to provide an alternative disposition for juveniles who have committed a delinquent act, have committed a minor offense, or have been charged with a misdemeanor, and are otherwise eligible for diversion. Depending on their training, community support, and agreements with traditional court systems, most teen or youth courts are recognized as valid, legal venues for the process of hearing cases, sentencing and sentence fulfillment. Teen courts and their verdicts are not authorized by public law. 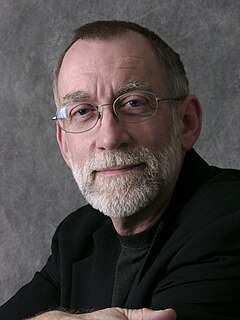 Howard J. Zehr is an American criminologist. Zehr is considered to be a pioneer of the modern concept of restorative justice.

Restorative practices is a social science that studies how to improve and repair relationships between people and communities. The purpose is to build healthy communities, increase social capital, decrease crime and antisocial behavior, repair harm and restore relationships. It ties together research in a variety of social science fields, including education, psychology, social work, criminology, sociology, organizational development and leadership.

Xeer is the traditional legal system of Somalia, Somaliland, Djibouti, Somali Region, and one of the three systems from which formal Somali law draws its inspiration, the others being civil law and Islamic law. It is believed to pre-date Islam, although it was influenced by Islam and retains the faith elements, the proceeding under rule pre-date Islam. Under this system, elders, known as the xeer begti serve as mediator judges and help settle court cases, taking precedent and custom into account. Xeer is polycentric in that different groups within Somali society have different interpretations of xeer.

Participatory justice, broadly speaking, refers to the direct participation of those affected most by a particular decision, in the decision-making process itself: this could refer to decisions made in a court of law or by policymakers. Popular participation has been called "the ethical seal of a democratic society" by Friedhelm Hengsbach, a professor of Christian Social Science and Economic and Social Ethics at the Philosophical-Theological College Sankt Georgen in Frankfurt and "the politics of the future" by Gene Stephens, professor of criminology at the University of South Carolina. It is about people and relationships.

The terms legal case management (LCM), matter management or legal project management refer to a subset of law practice management and cover a range of approaches and technologies used by law firms and courts to leverage knowledge and methodologies for managing the life cycle of a case or matter more effectively. Generally, the terms refer to the sophisticated information management and workflow practices that are tailored to meet the legal field's specific needs and requirements.

John Braithwaite is a Distinguished Professor at the Australian National University (ANU). Braithwaite is the recipient of a number of international awards and prizes for his work, including an honorary doctorate at KU Leuven (2008), the University of Louisville Grawemeyer Award with Peter Drahos for Ideas Improving World Order (2004), and the Prix Emile Durkheim, International Society of Criminology, for lifetime contributions to criminology (2005).

Crime in Germany is combated by the German Police and other agencies.

Center for Justice and Peacebuilding (CJP) is an accredited graduate-level program founded in 1994. It also offers non-credit training. The program specializes in conflict transformation, restorative justice, trauma healing, equitable development, and addressing organizational conflict. CJP is housed at Eastern Mennonite University (EMU) in Harrisonburg, Virginia, which describes itself as "a leader among faith-based universities" in emphasizing "peacebuilding, creation care, experiential learning, and cross-cultural engagement." One of the three 2011 Nobel Peace Laureates, Leymah Gbowee of Liberia, earned a master's degree in conflict transformation from CJP in 2007.

The Forgiveness Project is a UK-based charity that uses real stories of victims and perpetrators of crime and violence to help people explore ideas around forgiveness and alternatives to revenge. With no political or religious affiliations, The Forgiveness Project's independent and inclusive approach ensures its core message – that everyone has the potential to change their perspective and break the cycle of vengeance – resonates across all cultures.

Besseres Hannover was a right-wing extremist group from Lower Saxony. The group was banned in September 2012 by Lower Saxony's Interior Minister Uwe Schünemann. The ban became incontestable by order of the Federal Administrative Court of 6 January 2014. It also became known nationwide through the "Abschiebär", a character who appeared in propaganda videos and at various events in Germany.

Since the early 1970s, extrajudicial punishment attacks have been carried out by Ulster loyalist and Irish republican paramilitary groups in Northern Ireland. Attacks can range from a warning or expulsion from Northern Ireland, backed up by the threat of violence, to severe beatings that leave victims in hospital and shootings in the limbs. The cause of the attacks is disputed; proposed explanations include the breakdown of order as a result of the Northern Ireland conflict, ideological opposition to British law enforcement, and the ineffectiveness of police to prevent crime.