He was the fourth son of John Tufton, 2nd Earl of Thanet and his wife Margaret Sackville, Baroness Clifford and inherited the title on the death in 1684 of his elder brother Richard Tufton, 5th Earl of Thanet. [1] Through his maternal grandmother, he was heir to the Barony de Clifford and to vast estates in Cumberland and Westmorland. [1] He served as hereditary High Sheriff of Westmorland from 1684 to 1729. [1]

On 14 August 1684, he married Lady Catharine Cavendish (d. 1712), daughter of Henry Cavendish, 2nd Duke of Newcastle. [3] They had eight children, five of whom reached adulthood:

In 1703, he was sworn a Privy Counsellor. A country gentleman and a Tory, he was noted by Swift for his "piety and charity."

On his death, his title passed to his nephew Sackville Tufton, 7th Earl of Thanet, son of his younger brother Sackville. The barony of Clifford again fell into abeyance until 1734. [1] 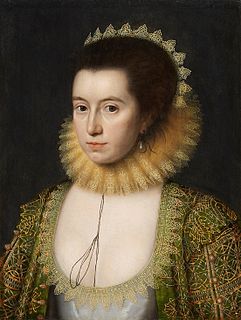 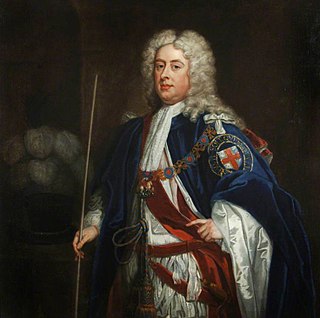 Baron Hothfield, of Hothfield in the County of Kent, is a title in the Peerage of the United Kingdom. It was created in 1881 for Sir Henry Tufton, 2nd Baronet, who was appointed Lord Lieutenant of Westmorland the same year and who also served briefly as a government whip in the Liberal administration of 1886. His eldest son, the second Baron, notably served as Mayor of Appleby, Westmorland. On the death of his son, the third Baron, in 1961, this line of the family failed. The late Baron was succeeded by his first cousin, the fourth Baron. He was the only son of the Hon. Sackville Philip Tufton, second son of the first Baron. On his death in 1986 this line of the family also failed and the titles passed to his first cousin, the fifth Baron. He was the eldest son of the Hon. Charles Henry Tufton, third son of the first Baron. As of 2017 the titles are held by his son, the sixth Baron, who succeeded in 1991.

Earl of the Isle of Thanet, in practice shortened to Earl of Thanet, was a title in the Peerage of England. It was created in 1628 for Nicholas Tufton, 1st Baron Tufton. He had already succeeded as second Baronet of Hothfield in 1631 and been created Baron Tufton, of Tufton in the County of Sussex, in 1626, also in the Peerage of England. The Baronetcy, of Hothfield in the County of Kent, was created in the Baronetage of England in 1611 for his father, John Tufton. Lord Thanet was succeeded by his son, the second Earl. He married Lady Margaret Sackville, daughter of Richard Sackville, 3rd Earl of Dorset and Lady Anne Clifford. Their son, the third Earl, successfully claimed the barony of de Clifford through his maternal grandmother Lady Anne. 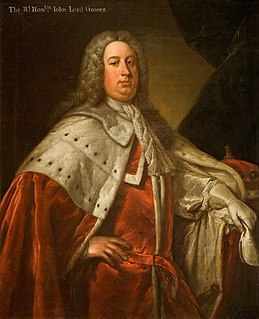 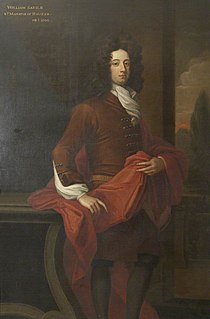 William Savile, 2nd Marquess of Halifax was the son of George Savile, 1st Viscount Halifax and Dorothy Savile, Viscountess Halifax. He was educated in Geneva in 1677 and matriculated at Christ Church, Oxford in 1681, but did not take a degree. He travelled on the continent in 1684–1687, returning on his brother's death. From that time, he was known as Lord Elland, from his father's subsidiary title of Baron Savile of Elland. 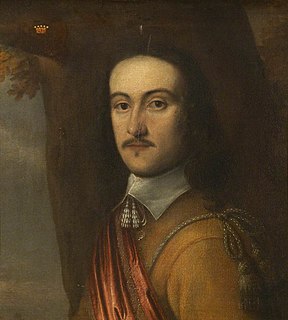 John Tufton, 2nd Earl of Thanet was an English nobleman and supporter of Charles I of England. He was the eldest son of Nicholas Tufton, 1st Earl of Thanet, and Lady Frances Cecil, granddaughter of William Cecil, 1st Baron Burghley. 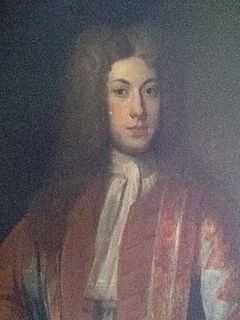 Henry James Tufton, 11th Earl of Thanet was a peer in the peerage of England and a noted English cricketer of the 1790s.

John Tufton, 4th Earl of Thanet, styled The Honourable John Tufton until 1679, was an English politician and nobleman.

Richard Tufton, 5th Earl of Thanet, styled The Honourable Richard Tufton until 1680, was an English nobleman.

Margaret Coke, Countess of Leicester was a British peer.