Thomas Van Arsdale (February 16, 1924 - May 20, 2018) was the former head of the New York City Central Labor Council. He succeeded his father, Harry Van Arsdale, Jr., in the post by defeating Victor Gotbaum, [1] who was then the executive director of American Federation of State, County and Municipal Employees.

Van Arsdale also served as business manager of the International Brotherhood of Electrical Workers Local #3, a position that he held for 12 terms. His most recent re-election coming in 2005. Van Arsdales's resignation as business manager in 2007 was followed by the unanimous election of Christopher Erikson to complete the unfinished term. He also served as the International Treasurer Emeritus of the same labor organization.

At the communion breakfast for the Catholic Council of Electrical Workers on May 2, 2010, the 43rd Rev. Patrick Morris, OFM Scholarship was in honor of Thomas, and was given to four people. 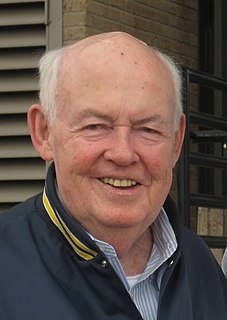 John Joseph Sweeney was an American labor leader who served as president of the AFL–CIO from 1995 to 2009. 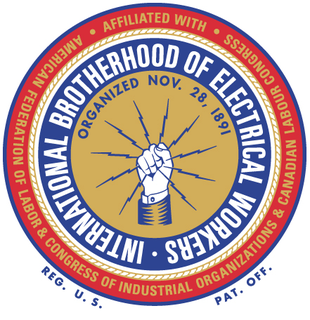 The International Brotherhood of Electrical Workers (IBEW) is a labor union that represents approximately 775,000 workers and retirees in the electrical industry in the United States, Canada, Guam, Panama, Puerto Rico, and the US Virgin Islands; in particular electricians, or inside wiremen, in the construction industry and lineworkers and other employees of public utilities. The union also represents some workers in the computer, telecommunications, and broadcasting industries, and other fields related to electrical work. 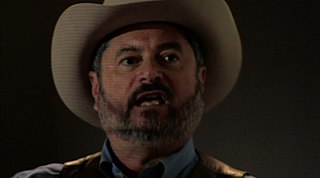 David Van Os is a Texas attorney, a member of the Democratic Party of Texas, and a frequent candidate for public office. A three-time Democratic nominee for statewide office, he is a self-styled "People's Democrat" and labor attorney. 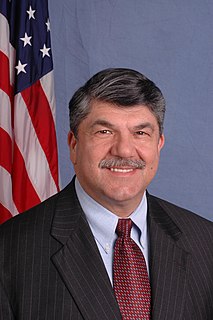 Richard Louis Trumka was an American attorney and organized labor leader. He served as president of the United Mine Workers from 1982 to 1995, and then was secretary-general of the AFL–CIO from 1995 to 2009. He was elected president of the AFL–CIO on September 16, 2009, at the federation's convention in Pittsburgh, and served in that position until his death.

Thomas Reilly Donahue, who served as Secretary-Treasurer of the American Federation of Labor and Congress of Industrial Organizations from 1979 to 1995, President in 1995, and President Emeritus since 1996, is one of the most influential leaders of the post-World War II American trade union movement.

Daniel Joseph Tobin was an American labor leader and president of the International Brotherhood of Teamsters from 1907 to 1952. From 1917 to 1928, he was treasurer of the American Federation of Labor. He served on the federation's Executive Council beginning in 1934, and served until his resignation in 1952. 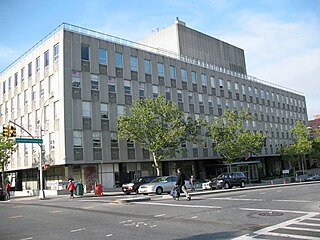 Pomonok is a working class neighborhood in the New York City borough of Queens. This large public housing development in South Flushing was built in 1949 on the former site of Pomonok Country Club. The name comes from a Native American word for eastern Long Island, and means either "land of tribute" or "land where there is travelling by water".

Edwin D. "Ed" Hill was an electrical worker, labor union activist and labor leader in the United States. He was the president of the International Brotherhood of Electrical Workers (IBEW), AFL-CIO from 2001 until his retirement in 2015.

Elizabeth H. Shuler is an American labor activist and, since August 5, 2021, President of the AFL–CIO. She is the first woman to be elected president of the federation. She was previously the first woman and the youngest person to hold the position of Secretary-Treasurer. She is the highest-ranking woman in the labor federation's history. From her election to the retirement of Arlene Holt Baker in 2013 was the first time that two of the three officer positions in the AFL–CIO were held by women; her election as president with Fred Redmond succeeding her as Secretary-Treasurer marked the first time two of the three positions were held by African Americans. 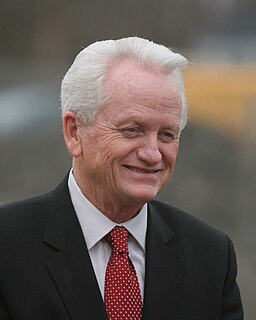 William J. Lindsay was an American politician. He served as Suffolk County, New York Legislator from the 8th district until his death. He also served as the presiding officer of the Suffolk County legislature and was the longest serving PO in the history of Suffolk County.

William Francis Dunne was an American Marxist political activist, newspaper editor and trade unionist. He is best remembered as the editor of the radical Butte Bulletin around the turn of the 1920s and as an editor of the daily newspaper of the Communist Party USA from the middle-1920s through the 1930s. Dunne was founding member of the Communist Labor Party of America, but was removed from the national leadership of the party in 1934 and expelled in 1946 on charges of factionalism.

Elmer H. Baumann was an American electrician from Milwaukee who served one term (1927–1928) as a Socialist member of the Wisconsin State Assembly representing Milwaukee County's 11th Assembly district.

Harry Van Arsdale Jr. was a labor and community leader in New York City. His father was a union electrician.

The 2017 Cincinnati mayoral election took place on November 7, 2017, to elect the Mayor of Cincinnati, Ohio. The election was officially nonpartisan, with the top two candidates from the May 2 primary election advancing to the general election, regardless of party. Incumbent Democratic Mayor John Cranley won re-election to a second term.