Sir Thomas Vaughan (c. 1410 – 25 June 1483) was a Welsh statesman and diplomat, who rose to prominence before and during the Wars of the Roses. He began as an adherent of Jasper Tudor and King Henry VI of England, and was appointed to several offices by Henry. He was nonetheless a Yorkist by inclination, as were many Welshmen of the time. After the Yorkist victory in 1461 he became a loyal and important servant of King Edward IV. In 1483, he was executed by Richard III as part of his seizure of the throne.

Vaughan was the son of Robert and Margaret Vaughan of Monmouth. In 1446 he was appointed to the offices of Steward, Receiver, and Master of the Game in Herefordshire and Ewyas, and Steward, Constable, Porter, and Receiver of Abergavenny. In 1450, he became Master of the Ordnance. He entered Parliament in 1455 as MP for Marlborough.

Despite his early association with Jasper Tudor, Earl of Pembroke, Vaughan was accused of plotting against King Henry VI of England as early as 1459. Somehow he regained the king's favour, and in 1460 was appointed Keeper of Henry VI's "great Wardrobe".

After Henry's defeat at Saint Albans in 1461, Vaughan, along with Philip Malpas and William Hatclyf, sailed for Ireland with Henry's treasury, but were captured by French pirates. Edward IV, surprisingly, ransomed Vaughan from the pirates, for which Vaughan was forever afterwards loyal. Edward soon came to trust Vaughan and placed him in high offices.

Edward also sent Vaughan as ambassador to the courts of Burgundy and France. He helped negotiate the marriage of Edward's sister, Margaret to the Duke of Burgundy in 1468.

In 1475, on the same day that Edward's eldest son, the future Edward V, was invested as Prince of Wales, Vaughan was knighted, having acted for some years as Chamberlain to the young prince.

In 1478, he was elected to parliament as knight of the shire for Cornwall.

After Edward IV died in 1483, Vaughan was accompanying Edward V from Ludlow to London when the party was intercepted by the future King Richard III, then Duke of Gloucester. Richard had Vaughan arrested and executed along with Anthony Woodville, 2nd Earl Rivers and tutor for Edward V. Also arrested was Edward V's half brother Sir Richard Grey the son of Sir John Grey of Groby and the first husband of Elizabeth Woodville. All three were beheaded at Pontefract Castle on 25 June 1483, in West Yorkshire.

Vaughan was the second husband of Eleanor Arundel, widow of Sir Thomas Browne, who had likewise been executed in 1460. [1]

In Shakespeare's Richard III , Vaughan's ghost appears to the King on the eve of the Battle of Bosworth. [2] 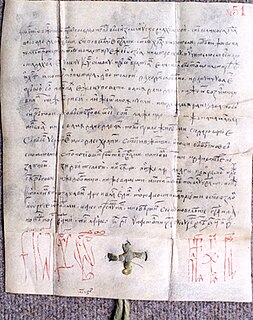 Edward IV was King of England from 4 March 1461 to 3 October 1470, and again from 11 April 1471 until his death. He was a central figure in the Wars of the Roses, a series of civil wars in England fought between the Yorkist and Lancastrian factions between 1455 and 1487. Edward was the eldest son of Richard, Duke of York, a rival claimant to the throne and the leader of the opposition to King Henry VI. When Richard was killed in battle in December 1460, Edward inherited his claim to the throne. In the first few months of 1461 he commanded victorious forces in the battles of Mortimer's Cross and Towton, and became king. 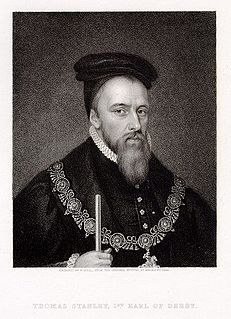 Thomas Stanley, 1st Earl of Derby, KG was an English nobleman and politician. Shrewd and conniving, he betrayed Richard III of England; he demonstrated acts of cowardice during the Battle of Bosworth as he only fought for the winning side. He was stepfather of King Henry VII of England. He was the eldest son of Thomas Stanley, 1st Baron Stanley and Joan Goushill. 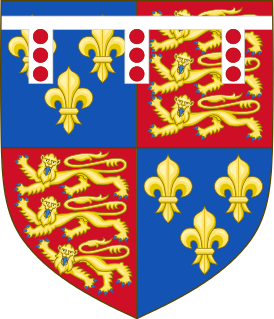 The House of York was a cadet branch of the English royal House of Plantagenet. Three of its members became kings of England in the late 15th century. The House of York descended in the male line from Edmund of Langley, 1st Duke of York, the fourth surviving son of Edward III. In time, it also represented Edward III's senior line, when an heir of York married the heiress-descendant of Lionel, Duke of Clarence, Edward III's second surviving son. It is based on these descents that they claimed the English crown. Compared with its rival, the House of Lancaster, it had a superior claim to the throne of England according to cognatic primogeniture, but an inferior claim according to agnatic primogeniture. The reign of this dynasty ended with the death of Richard III of England at the Battle of Bosworth Field in 1485. It became extinct in the male line with the death of Edward Plantagenet, 17th Earl of Warwick, in 1499. 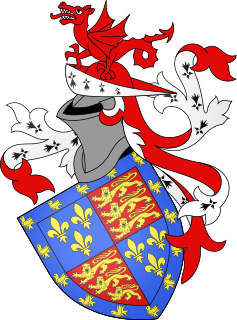 Jasper Tudor, 1st Duke of Bedford, 1st Earl of Pembroke, also called Jasper of Hatfield, was the uncle of King Henry VII of England and a leading architect of his nephew's successful accession to the throne in 1485. He was from the noble Tudor family of Penmynydd in North Wales.

Sir Owen Tudor was a Welsh courtier and the second husband of Catherine of Valois (1401–1437), widow of King Henry V of England. He was the grandfather of Henry VII, founder of the Tudor dynasty. Owen was a descendant of a prominent family from Penmynydd on the Isle of Anglesey, which traces its lineage back to Ednyfed Fychan, a Welsh official and seneschal to the Kingdom of Gwynedd. Tudor's grandfather, Tudur ap Goronwy, married Margaret, daughter of Thomas ap Llywelyn ab Owain of Cardiganshire, the last male of the princely house of Deheubarth. Margaret's elder sister married Gruffudd Fychan of Glyndyfrdwy, whose son was Owain Glyndŵr. Owen's father, Maredudd ap Tudur, and his uncles were prominent in Owain Glyndŵr's revolt against English rule, the Glyndŵr Rising. 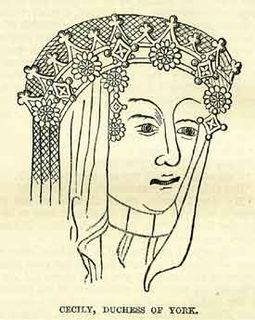 Cecily Neville was an English noblewoman, the wife of Richard, Duke of York (1411–1460), and the mother of two kings of England, Edward IV and Richard III. Cecily Neville was known as "the Rose of Raby", because she was born at Raby Castle in Durham, and "Proud Cis", because of her pride and a temper that went with it, although she was also known for her piety. She herself signed her name "Cecylle". 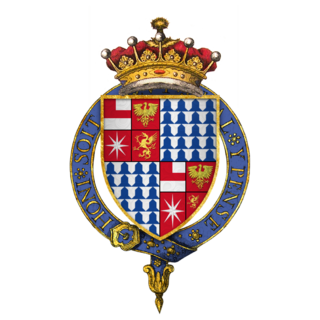 Anthony Woodville, 2nd Earl Rivers, was an English nobleman, courtier, bibliophile and writer. He was the brother of Queen Elizabeth Woodville who married King Edward IV. He was one of the leading members of the Woodville family, which came to prominence during the reign of King Edward IV. After Edward's death, he was arrested and then executed by Richard, Duke of Gloucester as part of a power-struggle between Richard and the Woodvilles. His English translation of The Dictes and Sayings of the Philosophers is one of the first books printed in England.

Sir Richard Grey was an English knight and the half-brother of King Edward V of England. 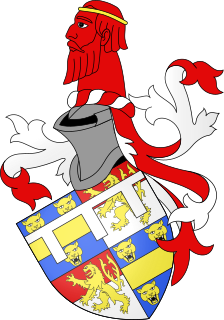 John de la Pole, 1st Earl of Lincoln was a leading figure in the Yorkist aristocracy during the Wars of the Roses.

Walter Devereux, 7th Baron Ferrers of Chartleyjure uxoris was an English nobleman and a loyal supporter of the House of York during the Wars of the Roses. He was a member of the inner circle of King Edward IV, and died fighting for Edward's younger brother, King Richard III, at the Battle of Bosworth in 1485.

Sir Rhys ap Thomas, KG (1449–1525) was a Welsh soldier and landholder who rose to prominence during the Wars of the Roses, and was instrumental in the victory of Henry Tudor at the Battle of Bosworth. He remained a faithful supporter of Henry and was rewarded with lands and offices in South Wales. Some sources claim that he personally delivered the death blow to King Richard III at Bosworth with his poleaxe. 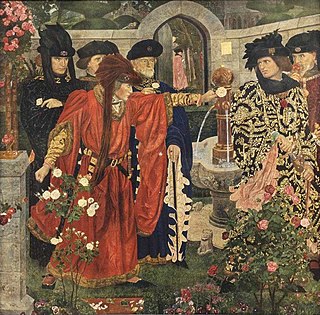 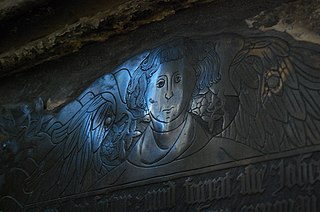