Thomas Vincent (May 1634 – 15 October 1678) was an English Puritan minister and author. He is referenced as a main character featured in "The Living," by Anthony Clarvoe, a play about 1665 plague London.

Thomas Vincent, the second son of John Vincent and elder brother of Nathaniel Vincent (both also prominent ministers), [1] was born at Hertford in May 1634. After passing through Westminster School, and Felsted grammar school in Essex, he entered as a student at Christ Church, Oxford, in 1648, matriculated 27 February 1651, and graduated B.A. 16 March 1652, M.A. 1 June 1654, when he was chosen catechist. Leaving the university, he became chaplain to Robert Sidney, 2nd Earl of Leicester. In 1656 he was incorporated at Cambridge. [2] [3] He was soon put into the sequestered rectory of St. Mary Magdalene, Milk Street, London (he was probably ordained by the sixth London classis ), and held it till the Uniformity Act of 1662 ejected him. [2]

He retired to Hoxton, where he preached privately, and at the same time assisted Thomas Doolittle in his school at Bunhill Fields. During 1665, the year of the Great Plague of London, he preached constantly in parish churches. [2]

And if Monday night was dreadful, Tuesday night was more dreadful, when far the greatest part of the city was consumed: many thousands who on Saturday had houses convenient in the city, both for themselves, and to entertain others, now have not where to lay their head; and the fields are the only receptacle which they can find for themselves and their goods; most of the late inhabitants of London lie all night in the open air, with no other canopy over them but that of the heavens: the fire is still making towards them, and threateneth the suburbs; it was amazing to see how it had spread itself several times in compass; and, amongst other things that night, the sight of Guildhall was a fearful spectacle, which stood the whole body of it together in view, for several hours together, after the fire had taken it, without flames, (I suppose because the timber was such solid oak,) in a bright shining coal as if it had been a palace of gold, or a great building of burnished brass. [4]

His account of the plague in God's Terrible Voice in the City by Plague and Fire, 1667, is graphic; seven in his own household died as a result of the plague. [2] Subsequently he gathered a large congregation at Hoxton, apparently in a wooden meeting-house, of which for a time he was dispossessed. [2]

He was among the signers of the 1673 Puritan Preface to the Scots Metrical Psalter. He did not escape imprisonment for his nonconformity. He died on 15 October 1678, and was buried (27 October) in the churchyard of St Giles-without-Cripplegate. His funeral sermon was preached by Samuel Slater. [2]

The Rev. Prof. Ralph Cudworth was an English Anglican clergyman, Christian Hebraist, classicist, theologian and philosopher, and a leading figure among the Cambridge Platonists. From a family background embedded in the early nonconformist environment of Emmanuel College where he studied (1630–45), he became 11th Regius Professor of Hebrew (1645–88), 26th Master of Clare Hall (1645–54), and 14th Master of Christ's College (1654–88). He was a leading opponent of Thomas Hobbes's political and philosophical views, and his magnum opus was his The True Intellectual System of the Universe (1678). 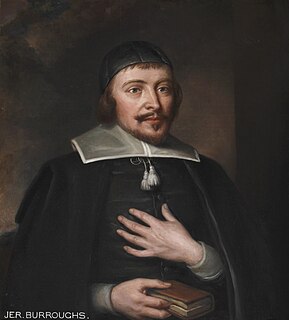 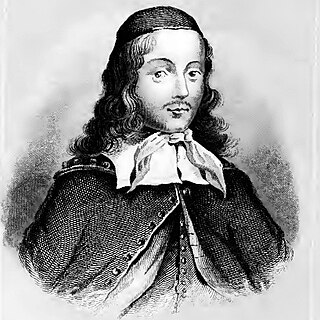 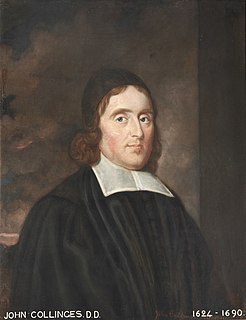 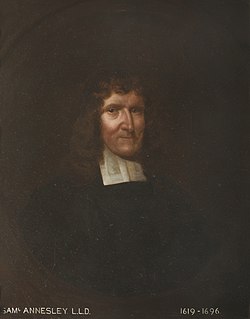 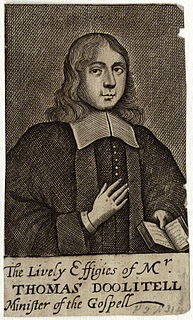 Morning Exercises refers to a religious observance by Puritans in London which started at the beginning of the English Civil War.

Peter Vinke, was an English divine. 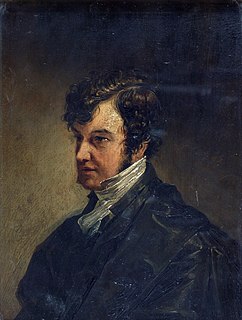 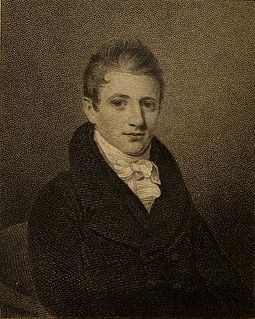 Richard Steele was a nonconformist theologian.