Thomas Viniguerra was born on October 8, 1963. His parents William Vinciguerra and Aurora Locicero were public school teachers in Levittown, New York for four decades. [8] Raised in Garden City, New York, he attended Columbia College, where he was an editor of the Columbia Daily Spectator and was involved with The Varsity Show . Graduating in 1985 with a BA in history, he continued studies on campus, receiving his MS from the Graduate School of Journalism at Columbia University the following year. While at the Journalism School he refounded the Philolexian Society, Columbia's oldest student organization; he was subsequently designated its "Avatar." In 1990, he received an MA in English from the Columbia University Graduate School of Arts and Sciences. [1] [9]

Vinciguerra was editor of Conversations with Elie Wiesel (Schocken, 2001) and Backward Ran Sentences: The Best of Wolcott Gibbs from The New Yorker (Bloomsbury, 2011). [11] Pulitzer Prize-winning book critic Jonathan Yardley of The Washington Post selected Backward Ran Sentences as one of his 11 best books of 2011. [12] In November 2015, he published the original volume Cast of Characters: Wolcott Gibbs, E.B. White, James Thurber and the Golden Age of the New Yorker (W.W. Norton), which chronicles the early years of the New Yorker magazine. [13] [14] [15] [16] He appeared on the History Channel, NY1, Fox News, John Batchelor Show, and the Leonard Lopate Show, among other venues. [17]

Tom, who was a graduate of Columbia College, the Journalism School and the Graduate School of Arts and Sciences, was a valued member of the Columbia community. He frequently contributed to Columbia Magazine and Columbia College Today... Late last year, Columbia University Press published Tom’s last book: an anthology, which he edited, called A Community of Scholars: Seventy-Five Years of The University Seminars at Columbia. It’s a fitting final work for a writer who earned three degrees at Columbia. [1]

Vinciguerra’s writing talents were spectacular and effortless, but he veered to the obscure. During his college years, at Columbia, he enthusiastically revived the long-dead "Philolexian" debating society, which thanks to his enthusiastic, not entirely un-weird efforts, survives to this day. Indeed, Vinciguerra embraced his own weirdness without apology. When Time Magazine published an anonymous photograph of him during the 1980s and called him a "trekkie," he sternly wrote them a correction: he was a "trekker," he insisted, not a "trekkie," a distinction that only a trekkie could possibly have known. [2]

James Grover Thurber was an American cartoonist, writer, humorist, journalist and playwright. He was best known for his cartoons and short stories, published mainly in The New Yorker and collected in his numerous books. 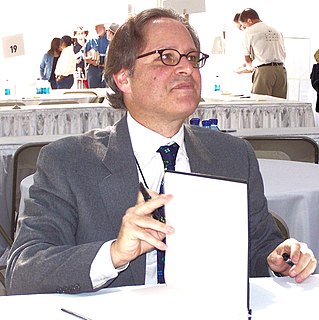 Nicholas Berthelot Lemann is an American writer and academic, the Joseph Pulitzer II and Edith Pulitzer Moore Professor of Journalism and Dean Emeritus of the Faculty of Journalism at the Columbia University Graduate School of Journalism. He has been a staff writer at The New Yorker since 1999. Lemann was elected to the American Philosophical Society in 2022. 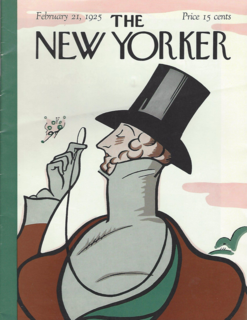 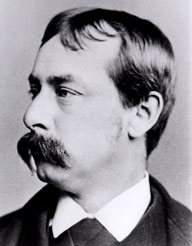 Francis Pharcellus Church was an American publisher and editor. Born in Rochester, New York, he graduated from Columbia University and embarked on a career in journalism. With his brother, William Conant Church, Francis founded and edited several periodicals: The Army and Navy Journal, The Galaxy, and the Internal Revenue Record and Customs Journal. He was a war correspondent for The New York Times during the American Civil War. He worked at The New York Sun in the early 1860s and again from 1874 till his death, writing thousands of editorials. 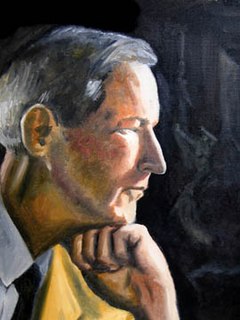 Jacques Martin Barzun was a French-American historian known for his studies of the history of ideas and cultural history. He wrote about a wide range of subjects, including baseball, mystery novels, and classical music, and was also known as a philosopher of education. In the book Teacher in America (1945), Barzun influenced the training of schoolteachers in the United States.

Francis James Westbrook Pegler was an American journalist and writer. He was a popular columnist in the 1930s and 1940s famed for his opposition to the New Deal and labor unions. Pegler aimed his pen at presidents of both parties, including Herbert Hoover, FDR ("moosejaw"), Harry Truman, and John F. Kennedy. He also criticized the Supreme Court, the tax system, and corrupt labor unions. In 1962, he lost his contract with King Features Syndicate, owned by the Hearst Corporation, after he started criticizing Hearst executives. His late writing appeared sporadically in publications that included the John Birch Society's American Opinion.

Michael E. Kinsley is an American political journalist and commentator. Primarily active in print media as both a writer and editor, he also became known to television audiences as a co-host on Crossfire.

Harold Wallace Ross was an American journalist who co-founded The New Yorker magazine in 1925 with his wife Jane Grant, and was its editor-in-chief until his death.

"The Secret Life of Walter Mitty" (1939) is a short story by James Thurber. The most famous of Thurber's stories, it first appeared in The New Yorker on March 18, 1939, and was first collected in his book My World and Welcome to It. It has since been reprinted in James Thurber: Writings and Drawings, is available on-line on the New Yorker website, and is one of the most anthologized short stories in American literature. The story is considered one of Thurber's "acknowledged masterpieces". It was made into a 1947 film of the same name, with Danny Kaye in the title role, though the film is very different from the original story. It was also adapted into a 2013 film, which is again very different from the original.

Wolcott Gibbs was an American editor, humorist, theatre critic, playwright and writer of short stories, who worked for The New Yorker magazine from 1927 until his death. He is notable for his 1936 parody of Time magazine, which skewered the magazine's inverted narrative structure. Gibbs wrote, "Backward ran sentences until reeled the mind"; he concluded the piece, "Where it all will end, knows God!" He also wrote a comedy, Season in the Sun, which ran on Broadway for 10 months in 1950–51 and was based on a series of stories that originally appeared in The New Yorker.

Brendan Gill was an American journalist. He wrote for The New Yorker for more than 60 years. Gill also contributed film criticism for Film Comment and wrote a popular book about his time at the New Yorker magazine. 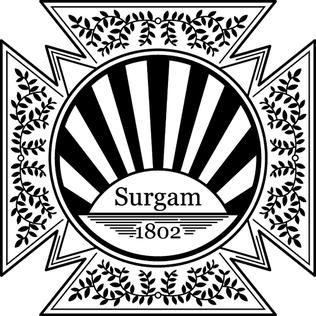 The Philolexian Society of Columbia University is one of the oldest college literary and debate societies in the United States, and the oldest student group at Columbia. Founded in 1802, the Society aims to "improve its members in Oratory, Composition and Forensic Discussion." The name Philolexia is Greek for "love of discourse," and the society's motto is the Latin word Surgam, meaning "I shall rise." The society traces its roots to a literary society founded by Alexander Hamilton in the 1770s.

Thomas Byrne Edsall is an American journalist and academic. He is best known for his weekly opinion column for The New York Times, for his 25 years covering national politics for the Washington Post and for his eight years at the Columbia University Graduate School of Journalism where he was the holder of the Joseph Pulitzer II and Edith Pulitzer Moore Chair.

John Augustine McNulty (1895-1956) was an American journalist and writer. John McNulty is a major figure in the development of the genre of literary journalism.

Mary Norris is an American author, writer and copy editor for The New Yorker.

David Greenberg is a historian and professor of US history as well as of journalism and media studies at Rutgers University, New Jersey, United States.

Jessica Bruder is an American journalist who writes about subcultures and teaches narrative writing at Columbia Journalism School.