Hanshew began a career as an actor when only 16 years old, playing minor parts with Ellen Terry's company. Subsequently he played important roles with Clara Morris and Adelaide Neilson. Later he was associated with a publishing house in London, where he resided at the end of his life. He used, among others, the pen name "Charlotte May Kingsley," and wrote more than 150 novels, some of which were co-authored with his wife, Mary E. Hanshew.

Hanshew's best-known character was the consulting detective "Hamilton Cleek" (the assumed name of the King of Maurevania), [2] , a reformed thief now working for law enforcement. Cleek is known as "the man of the forty faces" for his incredible skill at disguise. The main character of dozens of short stories that began to be published during 1910 and were subsequently collected in a series of books, Cleek is based in Clarges Street, London, where he is consulted continually by Inspector Narkom of Scotland Yard.

Edison’s The Chronicles of Cleek series

Even by the standards of the adventure fiction of the era, Hamilton Cleek is a notably unrealistic character, not only for his ability to impersonate anyone (including speaking multiple foreign languages perfectly) but for his physical derring-do and his frequent melodramatic encounters with Margot, "Queen of the Apaches", and her partner-in-crime Merode.[ citation needed ] 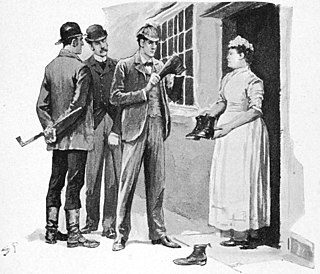 Jane Eyre is a novel by English writer Charlotte Brontë, published under the pen name "Currer Bell", on 16 October 1847, by Smith, Elder & Co. of London. The first American edition was published the following year by Harper & Brothers of New York. Jane Eyre is a Bildungsroman which follows the experiences of its eponymous heroine, including her growth to adulthood and her love for Mr. Rochester, the brooding master of Thornfield Hall. 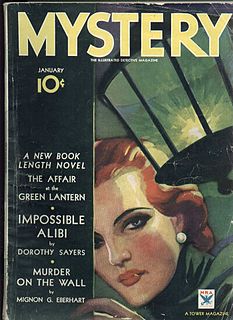 Mystery is a fiction genre where the nature of an event, usually a murder or other crime, remains mysterious until the end of the story. Often within a closed circle of suspects, each suspect is usually provided with a credible motive and a reasonable opportunity for committing the crime. The central character is often a detective, who eventually solves the mystery by logical deduction from facts presented to the reader. Some mystery books are non-fiction. Mystery fiction can be detective stories in which the emphasis is on the puzzle or suspense element and its logical solution such as a whodunit. Mystery fiction can be contrasted with hardboiled detective stories, which focus on action and gritty realism.

This article contains information about the literary events and publications of 1863.

Anne Manning was an English novelist. Born in London, she was an active writer, having 51 works to her credit. Though her writings were antiquated in style, they were considered to have some literary charm and a delicate historical imagination. Her best known novel features the young wife of the poet John Milton.

Mary Roberts Rinehart was an American writer, often called the American Agatha Christie. Rinehart published her first mystery novel The Circular Staircase in 1908, which introduced the "had I but known" narrative style. Rinehart is also considered the source of "the butler did it" plot device in her novel The Door (1930), although the exact phrase does not appear in her work.

Dr. Richard Austin Freeman was a British writer of detective stories, mostly featuring the medico-legal forensic investigator Dr. Thorndyke. He invented the inverted detective story. Roberts said that this invention was Freeman's most noticeable contribution to detective fiction. Freeman used some of his early experiences as a colonial surgeon in his novels. Many of the Dr. Thorndyke stories involve genuine, but sometimes arcane, points of scientific knowledge, from areas such as tropical medicine, metallurgy and toxicology.

Otto Penzler is a German-born American editor of mystery fiction, and proprietor of The Mysterious Bookshop in New York City.

Alice Muriel Williamson, who published chiefly under names "C. N. and A. M. Williamson" and "Mrs. C. N. Williamson," was an American-English author. 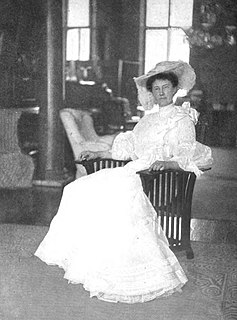 Carolyn Wells was an American writer and poet. 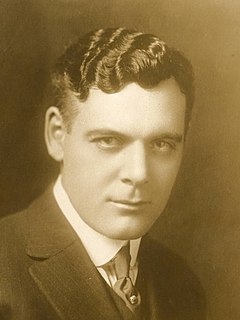 Ben F. Wilson, was an American stage and film actor, director, producer and screenwriter of the silent era. He appeared in more than 210 films between 1911 and 1930. He also directed more than 130 films between 1912 and 1930. He starred as Inspector Cleek in a 1914 series of mystery shorts. He was born in Corning, Iowa in 1876, and died in Glendale, California in 1930 from heart disease.

Roberta Leah Jacobs Gellis was an American writer of historical fiction, historical romance, and fantasy. She held master's degrees in both biochemistry and medieval literature.

The Lion and the Mouse is a lost 1919 American silent drama film produced and released by the Vitagraph Company of America. It was directed by Tom Terriss and based on the famous Charles Klein play. Alice Joyce starred in the film. 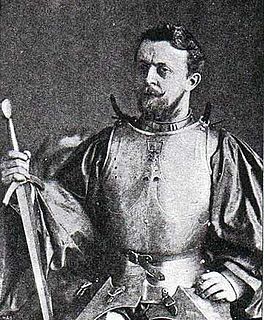 Paul Hardy, was an English illustrator, well known for his regular illustrations in The Strand Magazine and his painting of Canterbury Pilgrims (1903), and his drawings were associated with the serials of the writer Samuel Walkey (1871-1953). Paul was the son of David Hardy, also an artist, as was his grandfather, all from an old Yorkshire family.

Francis Lynde was an American author. Three of his books were adapted to film. He was born in Lewiston, New York, and wrote adventure novels set in the American West in the early 20th century. The Chattanooga-Hamilton County Bicentennial Library has a collection of his papers.

Francis Worcester Doughty was an American screenwriter and novelist. Doughty held unorthodox views about the age of humans. 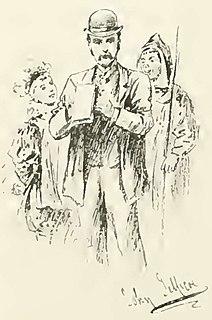 John Timothy Jellicoe was a British illustrator who produced large number of illustrations for newspapers and magazines as well as illustrating books and stories by a wide range of authors.