Thomas William Hungerford (March 21, 1936 – November 28, 2014) [1] was an American mathematician who worked in algebra and mathematics education. He is the author or coauthor of several widely used [2] and widely cited [3] textbooks covering high-school to graduate-level mathematics. From 1963 until 1980 he taught at the University of Washington and then at Cleveland State University until 2003. From 2003–2014 he was at Saint Louis University. Hungerford had a special interest in promoting the use of technology to teach mathematics.

Hungerford did his undergraduate work at the College of the Holy Cross and defended his Ph.D. thesis at the University of Chicago in 1963 (advised by Saunders Mac Lane). Throughout his career he wrote more than a dozen widely used mathematics textbooks, ranging from high school to graduate level. [1]

In theoretical computer science and mathematics, the theory of computation is the branch that deals with how efficiently problems can be solved on a model of computation, using an algorithm. The field is divided into three major branches: automata theory and formal languages, computability theory, and computational complexity theory, which are linked by the question: "What are the fundamental capabilities and limitations of computers?".

New Mathematics or New Math was a dramatic change in the way mathematics was taught in American grade schools, and to a lesser extent in European countries, during the 1950s-1970s. Curriculum topics and teaching practices were changed in the U.S. shortly after the Sputnik crisis. The goal was to boost students' science education and mathematical skill to meet the technological threat of Soviet engineers, reputedly highly skilled mathematicians. 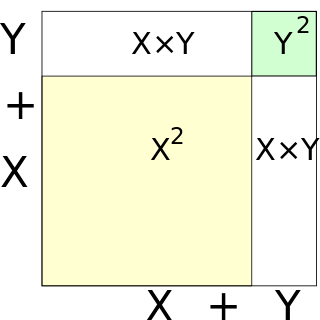 The freshman's dream is a name sometimes given to the erroneous equation (x + y)n = xn + yn, where n is a real number (usually a positive integer greater than 1). Beginning students commonly make this error in computing the power of a sum of real numbers, falsely assuming powers distribute over sums. When n = 2, it is easy to see why this is incorrect: (x + y)2 can be correctly computed as x2 + 2xy + y2 using distributivity (commonly known as the FOIL method). For larger positive integer values of n, the correct result is given by the binomial theorem.

Paul Moritz Cohn FRS was Astor Professor of Mathematics at University College London, 1986-9, and author of many textbooks on algebra. His work was mostly in the area of algebra, especially non-commutative rings. 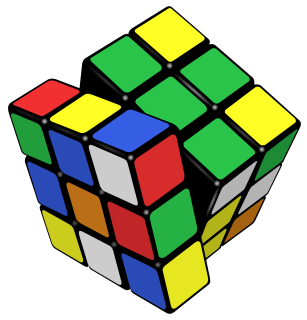 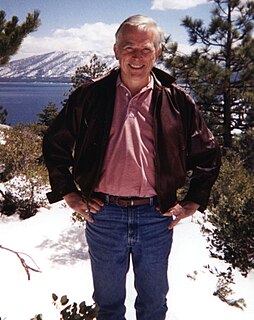 Roland "Ron" Edwin Larson is a professor of mathematics at Penn State Erie, The Behrend College, Pennsylvania. He is best known for being the author of a series of widely used mathematics textbooks ranging from middle school through the second year of college.

Ian Robertson Porteous was a Scottish mathematician at the University of Liverpool and an educator on Merseyside. He is best known for three books on geometry and modern algebra. In Liverpool he and Peter Giblin are known for their registered charity Mathematical Education on Merseyside which promotes enthusiasm for mathematics through sponsorship of an annual competition.

Sheldon Jay Axler is an American mathematician, professor of mathematics and the Dean of the College of Science and Engineering at San Francisco State University. He has made contributions to mathematics education, publishing several mathematics textbooks.

Enoch Lewis was an American mathematician. He early exhibited a talent for mathematics, at the age of fourteen was usher in a country school, and at fifteen became principal. In the autumn of 1792 he removed to Philadelphia, studied mathematics, teaching half of each day to earn his support, and in 1795 was engaged as a surveyor in laying out towns in western Pennsylvania under the direction of Andrew Ellicott.

George Finlay Simmons was an American mathematician who worked in topology and classical analysis. He was known as the author of widely used textbooks on university mathematics.

Linda Phillips Gilbert Saucier is an American mathematician and textbook author, a distinguished professor emerita of mathematics and computer science at the University of South Carolina Upstate.