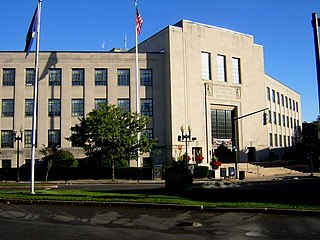 Lynn is the 9th largest municipality in Massachusetts and the largest city in Essex County. Situated on the Atlantic Ocean, 3.7 miles (6.0 km) north of the Boston city line at Suffolk Downs, Lynn is part of Greater Boston's urban inner core. Settled by Europeans in 1629, Lynn is the 5th oldest colonial settlement in the Commonwealth. An early industrial center, Lynn was long colloquially referred to as the "City of Sin", owing to its historical reputation for crime and vice. Today, however, the city is known for its contemporary public art, international population, historic architecture, downtown cultural district, loft-style apartments, and public parks and open spaces, which include the oceanfront Lynn Shore Reservation; the 2,200-acre, Frederick Law Olmsted-designed Lynn Woods Reservation; and the High Rock Tower Reservation. Lynn also is home to Lynn Heritage State Park, the southernmost portion of the Essex Coastal Scenic Byway, and the seaside, National Register-listed Diamond Historic District.

McGee died on December 21, 2012 [4] in a hospice facility in Danvers, Massachusetts, of complications from Alzheimer's. [1] 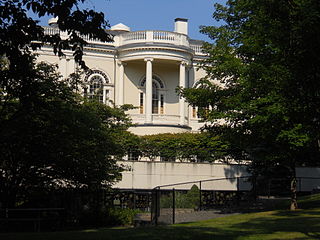 Danvers is a town in Essex County, Massachusetts, United States, located on the Danvers River near the northeastern coast of Massachusetts. The suburb is a short ride from Boston and is also easy to get to the beaches in Gloucester. Originally known as Salem Village, the town is most widely known for its association with the 1692 Salem witch trials. It was also the site of Danvers State Hospital and for Liberty Tree Mall. As of 2014, the town's population was approximately 27,000.

Thomas Phillip "Tip" O'Neill Jr. (December 9, 1912 – January 5, 1994) was an American politician who served as the 47th Speaker of the United States House of Representatives from 1977 to 1987, representing northern Boston, Massachusetts, as a Democrat from 1953 to 1987. The only Speaker to serve for five complete consecutive Congresses, he is the third longest-serving Speaker in American history after Sam Rayburn and Henry Clay in terms of total tenure, and longest-serving in terms of continuous tenure.

Michael Everett Capuano is an American politician who served as a U.S. Representative from Massachusetts from 1999 to 2019. A Democrat, his district included the northern three-fourths of Boston, as well as parts of Cambridge, his hometown of Somerville, and other communities immediately north and south of Boston. Prior to being elected to Congress, he served as an Alderman and Mayor of Somerville.

Thomas Michael Finneran, is a radio talk host and former Massachusetts Democratic politician who served as Speaker of the Massachusetts House of Representatives from April 1996 to September 2004. He represented the district that included parts of the Boston neighborhoods of Dorchester, Mattapan and Hyde Park as well as parts of the town of Milton for 26 years. 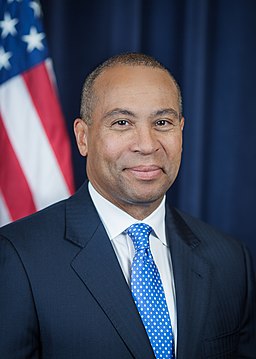 Deval Laurdine Patrick is an American politician, civil rights lawyer, author, and businessman who served as the 71st Governor of Massachusetts, from 2007 to 2015. He was first elected in 2006, succeeding Mitt Romney, who chose not to run for reelection to focus on his presidential campaign. He was reelected in 2010. He is the first African American elected Governor of Massachusetts. A Democrat, Patrick served from 1994 to 1997 as the United States Assistant Attorney General for the Civil Rights Division under President Bill Clinton. He is a candidate for President of the United States in the 2020 U.S. presidential election. 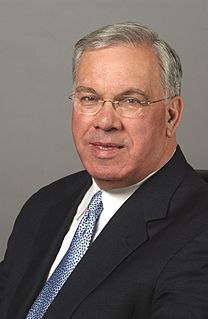 Thomas Michael Menino was an American politician who served as the 53rd Mayor of Boston, Massachusetts from 1993 to 2014. He was the city's longest-serving mayor. Before becoming mayor, the Boston native was a member and President of the Boston City Council.

Salvatore Francis "Sal" DiMasi is a former Democratic state representative in Massachusetts. The former Speaker of the Massachusetts House of Representatives originally joined the state legislature in 1979, as a member of the Democratic Party. He eventually resigned from this post in January 2009, just six months prior to being indicted on several Federal charges, including conspiracy to defraud the federal government, extortion, mail fraud and wire fraud. DiMasi was found guilty on 7 of 9 federal corruption charges on June 15, 2011. DiMasi is the third consecutive Massachusetts house speaker to be federally indicted. 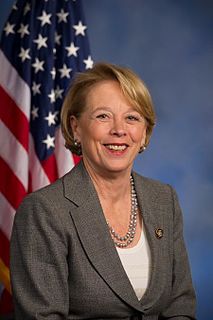 Nicola Dickson "Niki" Sauvage Tsongas is an American politician who served as a U.S. Representative from Massachusetts from 2007 to 2019. She held the seat formerly held by her husband, the late Paul Tsongas, for the district numbered as Massachusetts's 5th congressional district from 2007 to 2013 and as Massachusetts's 3rd congressional district from 2013 to 2019. She is a member of the Democratic Party. In August 2017 Tsongas announced that she would not seek another term in the November 2018 election.

George Keverian was an American Democratic Party politician who served as the Speaker of the Massachusetts House of Representatives from 1985 until 1991. In his role in the legislature, he was an advocate for greater openness in leadership, free speech and government reform.

Thomas M. McGee is mayor of Lynn, Massachusetts. Previously, he served as a Massachusetts state senator for the Third Essex district. He is a Democrat who has served since 2002. McGee was chairman of the Senate Labor and Workforce Development Committee, the Joint Public Service Committee, and the Joint Children's Caucus. Prior to serving in the Senate, he was an attorney who served as a state representative from 1995 to 2002. He is the son of Thomas W. McGee, former speaker of the Massachusetts House of Representatives (1975–1984). McGee was elected Chairman of the Massachusetts Democratic Party on October 17, 2013. In 2017 he was elected mayor of Lynn defeating incumbent mayor Judith Flanagan Kennedy in a landslide. The Mayor also serves as the Chairperson for the Lynn School Committee for Lynn Public Schools. 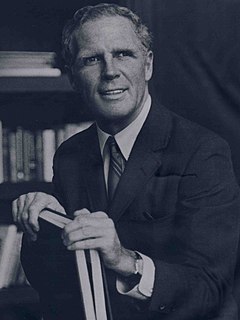 The Boston mayoral election of 1967 occurred on Tuesday, November 7, 1967, between Secretary of the Commonwealth Kevin White and Boston School Committee member Louise Day Hicks. White was elected to his first term, and inaugurated on Monday, January 1, 1968. 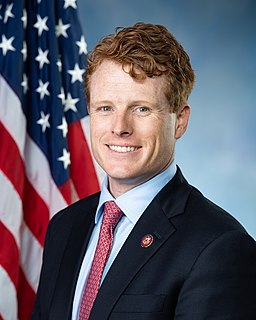 Joseph Patrick Kennedy III is an American lawyer and politician serving as the U.S. Representative for Massachusetts's 4th congressional district since 2013. A member of the Democratic Party, his congressional district extends from the western suburbs of Boston to the state's South Coast. A son of former Representative Joseph P. Kennedy II, he worked as a Peace Corps volunteer and as an assistant district attorney in the Cape and Islands and Middlesex County, Massachusetts offices before his election to Congress.

Ruth B. Balser is an American state legislator serving in the Massachusetts House of Representatives. She is a Newton resident and a member of the Democratic Party.

Patricia G. Fiero is an American politician who represented the 5th Essex District in the Massachusetts House of Representatives from 1984 to 1991.

Stephen W. Doran is an American politician who was a member of the Massachusetts House of Representatives from 1981 to 1995. He later worked as a bank executive and math tutor. In 2014 he pleaded guilty to drug trafficking and served 3 years in prison; he was scheduled to finish his sentence in 2017.