Thomas Wrench Naylor Beckett (24 July 1839 Liverpool – 5 December 1906 "Elbedde", Fendalton) was an English-born coffee and tea planter in Ceylon and a noted botanist and bryologist, who collected specimens there and in the north-western Himalaya between 1882 and c.1900. He did not publish any account of the mosses he collected while in Ceylon – many of his specimens though are recorded in Max Fleischer's "Musci der Flora von Buitenzorg". He emigrated to New Zealand where he also collected. His main pteridophyte collection is at World Museum Liverpool. His bryophyte material at Kew was transferred to the British Museum of Natural History in about 1961 in terms of the Morton Agreement. The University of Canterbury and Christchurch houses some 12,000 of his specimens. Beckett was one of three amateur bryologists active in Christchurch, the other two being Robert Brown (1824–1906) and Thomas George Wright (1831–1914). [1] [2]

Beckett was married to Sarah Tolson Clint (1838 – 8 June 1921) and had children. His son, Alfred Charles, died on the island at four and a half years old on 24 December 1878. When their crops also failed, the family relocated to New Zealand and settled in Fendalton in 1884, where Beckett worked as an orchardist. A Fellow of the Linnean Society and a member of the Canterbury Philosophical Institute, Beckett was well known in scientific circles throughout the world. The study of mosses and lichens was his main field of interest, and he left behind a valuable collection of New Zealand and foreign mosses. When Beckett first settled in Christchurch he corresponded with several local botanists, including Thomas George Wright, requesting information on matters bryological in the country, and offering to exchange specimens. Beckett kept all the replies, and these together with his botanical correspondence, local and overseas, was kept by the Canterbury Museum. His favourite collecting sites for mosses were in the Port Hills and the foothills. [3] [4] There were plants from New Zealand, Nepal, Sri Lanka, South Africa and French Polynesia in his collection. [5] [6]

Beckett took a great interest in primary school education, and was chairman of the Fendalton School Committee. He was a serious churchman, being closely associated with St. Barnabas’ Church for more than 20 years, and being a churchwarden for 17 years. In 1896 he was placed in charge of the construction of the Sunday School building on glebe land in Clyde Road. At his death, from influenza which developed into pneumonia, Beckett was one of the oldest and most respected residents of the area, and was buried in the graveyard at St Paul's Anglican Church, Papanui. With Beckett are buried his wife Sarah, and his unmarried daughters, Mary Ethel (1871–1947) and Amy Middleton (1876–1964). The gravestone inscription also commemorates Alfred Charles Beckett. A window of St. Barnabas’ Church is dedicated to the memory of Thomas Wrench Naylor Beckett, while a lamp in the church grounds is dedicated to the Becketts' son, Thomas Herbert Beckett, who was vestryman, church warden, choir member and synodsman of the Church. [7] [8]

The standard author abbreviation Beckett is used to indicate this person as the author when citing a botanical name. [9]

Richard Spruce was an English botanist specializing in bryology. One of the great Victorian botanical explorers, Spruce spent 15 years exploring the Amazon from the Andes to its mouth, and was one of the first Europeans to visit many of the places where he collected specimens. Spruce discovered and named a number of new plant species, and corresponded with some of the leading botanists of the nineteenth century. 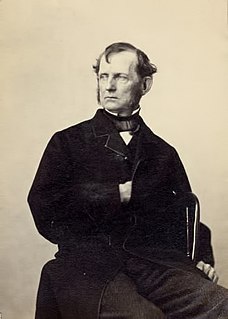 David Churchill Gould is a former New Zealand rower and businessman. He won a silver medal representing his country in the men's coxless pair with his brother, Humphrey, at the 1950 British Empire Games.

Arthur Humphrey Gould was a New Zealand rower who won a silver medal representing his country in the men's coxless pair with his brother, David, at the 1950 British Empire Games. Humphrey Gould was also a prominent businessman in Christchurch, rising to become managing director of the stock and station firm Pyne Gould Guinness. 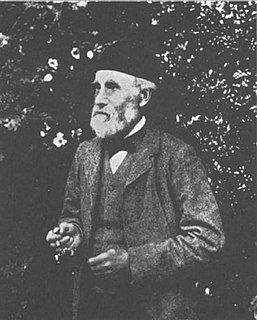 William Mitten (1819-1906) was an English pharmaceutical chemist and authority on bryophytes who has been called "the premier bryologist of the second half of the nineteenth century".

William Hunt Painter was an English botanist who made a significant contribution to the science of Derbyshire vascular plant flora. He was a keen and wide-ranging collector of plant specimens, and was a member of the Botanical Exchange Club. In 1889 he published the first in a series of four books, all by different authors and spanning 120 years, all called The Flora of Derbyshire. 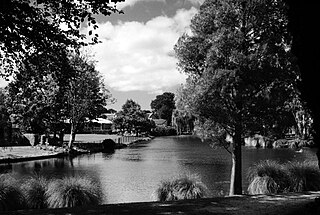 Mona Vale, with its homestead formerly known as Karewa, is a public park of 4 ha in the Christchurch suburb of Fendalton. The homestead and gate house are both listed as heritage buildings with Heritage New Zealand (NZHPT). The fernery and the rose garden, and pavilion with the setting of the park along the Avon River, add to the attractiveness of the property. It is one of the major tourist attractions of Christchurch.

William Alfred Orange was a New Zealand Anglican clergyman. He was a leader of the Evangelical movement in New Zealand. 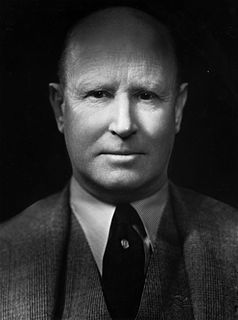 Richard Paul Max Fleischer was a German painter and bryologist. As a botanist, he is remembered for his work with Javan mosses.

Jean Nadeaud was a French naval surgeon, physician and botanist.

Inez Maria Haring was an American botanist and plant collector, best known for her work in bryology as the Assistant Honorary Curator of Mosses at the New York Botanical Garden beginning in 1945.

Antonio Hall, also known as Antonio House and previously Kilmead and Campion Hall, is a historic mansion in the Christchurch suburb of Riccarton. Although protected as a Category II heritage building by Heritage New Zealand, it has been left to fall into ruin. A large property with 279 rooms and once described as "one of the finest in Christchurch and vicinity", it was for three decades used as a Catholic seminary. Antonio Hall suffered a major fire in July 2019. 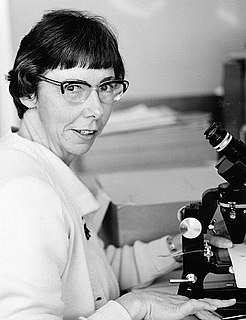 Elizabeth Edgar was a New Zealand botanist, best known for her work in authoring and editing three of the five volumes of the series Flora of New Zealand, which describes and classifies the species of flora of the country. She was most noted for her taxonomic work on the biodiversity of New Zealand and was recognised as the foremost authority on nomenclature and description of the country's plants.

Robert Statham Williams was an American bryologist who specialized in the mosses of the Yukon and South America. The standard author abbreviation R.S.Williams is used to indicate this person as the author when citing a botanical name.