Thomas W. Reps (born 28 May 1956, United States) is an American computer scientist known for his contributions to automatic program analysis. Dr. Reps is Professor of Computer Science in the Computer Sciences Department of the University of Wisconsin–Madison, which he joined in 1985. Reps is the author or co-author of four books and more than one hundred seventy-five papers describing his research. His work has covered a wide variety of topics, including program slicing, data-flow analysis, pointer analysis, model checking, computer security, instrumentation (computer programming), language-based program-development environments, the use of program profiling in software testing, software renovation, incremental algorithms, and attribute grammars. [1]

Reps’s current work focuses on static analysis of stripped (binary) executables, and methods that—without relying on symbol-table or debugging information—recover intermediate representations that are similar to those the intermediate phases of a compiler creates for a program written in a high-level language. The goal is to provide a disassembler or decompiler platform that an analyst can use to understand the workings of COTS components, plugins, mobile code, and DLLs, as well as memory snapshots of worms and virus-infected code.

Reps was President and Co-founder of GrammaTech, Inc.

Reps has been the recipient of the following awards: 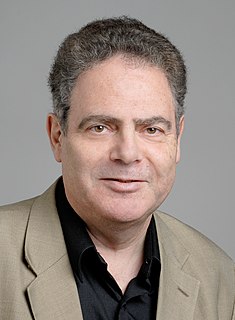 Ralph E. Johnson is a Research Associate Professor in the Department of Computer Science at the University of Illinois at Urbana-Champaign. He is a co-author of the influential computer science textbook Design Patterns: Elements of Reusable Object-Oriented Software, for which he won the 2010 ACM SIGSOFT Outstanding Research Award.

David Michael Ungar, an American computer scientist, co-created the Self programming language with Randall Smith. The SELF development environment's animated user experience was described in the paper Animation: From Cartoons to the User Interface co-written with Bay-Wei Chang, which won a lasting impact award at the ACM Symposium on User Interface Software and Technology 2004.

Monica Sin-Ling Lam is an American computer scientist. She is a professor in the Computer Science Department at Stanford University.

GrammaTech is a software-development tools vendor based in Bethesda, Maryland with a research center based in Ithaca, New York. The company was founded in 1988 as a technology spin-off of Cornell University. GrammaTech is a provider of application security testing products and software research services.

The European Joint Conferences on Theory and Practice of Software (ETAPS) is a confederation of (currently) four computer science conferences taking place annually at one conference site, usually end of March or early April. Three of the four conferences are top ranked in software engineering and one (ESOP) is top ranked in programming languages. 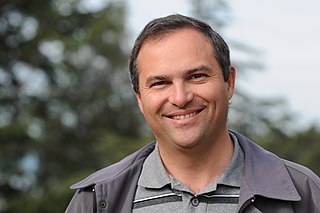 Carlo Ghezzi is a professor and chair of software engineering at the Politecnico di Milano, Italy and an adjunct professor at the Università della Svizzera italiana (USI), Switzerland. At the Politecnico, he is the Rector's Delegate for research; he has been department chair, head of the PhD program, member of the academic senate and of the board of governors of Politecnico.

Leon Joel Osterweil is an American computer scientist noted for his research on software engineering.

Bernhard Steffen is a German computer scientist and professor at the TU Dortmund University, Germany. His research focuses on various facets of formal methods ranging from program analysis and verification, to workflow synthesis, to test-based modeling, and machine learning.

(Ray) Tim Teitelbaum is an American computer scientist known for his early work on integrated development environments (IDEs), syntax-directed editing, and incremental computation. As an educator and faculty member of the Cornell University Computer Science Department since 1973, he was recognized for his large-scale teaching of introductory programming, and for his mentoring of highly successful graduate students. As a businessman, he is known for having co-founded GrammaTech, Inc. and for having been its sole CEO from 1988 to 2019.

Susan Beth Horwitz was an American computer scientist noted for her research on programming languages and software engineering, and in particular on program slicing and dataflow-analysis. She had several best paper and an impact paper award mentioned below under awards. 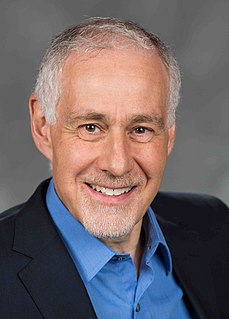 Helmut Veith was an Austrian computer scientist who worked on the areas of computer-aided verification, software engineering, computer security, and logic in computer science. He was a Professor of Informatics at the Vienna University of Technology, Austria.

Mooly (Shmuel) Sagiv is an Israeli computer scientist known for his work on static program analysis. He is currently Chair of Software Systems in the School of Computer Science at Tel Aviv University, and CEO of Certora, a startup company providing formal verification of smart contracts.

Grigore Roșu is a computer science professor at the University of Illinois at Urbana-Champaign and a researcher in the Information Trust Institute. He is known for his contributions in runtime verification, the K framework, matching logic, and automated coinduction.

Yannis Smaragdakis is a Greek-American software engineer, computer programmer, and researcher. He is a professor in the Department of Informatics and Telecommunications at the University of Athens. He is the author of more than 130 research articles on a variety of topics, including program analysis, declarative languages, program generators, language design, and concurrency. He is best known for work in program generation and program analysis and the Doop framework.