Thomas Wardrope Eadie (July 26, 1898 – September 6, 1986) born in Ottawa and died at Pierrefonds Manor QC. Son of Robert and Flora (Stewart) President of Bell Canada from July 1, 1953 to July 31, 1963 - Thomas Eadie graduated from McGill University (Engineering) in 1923 and immediately signed on with Bell Canada and over the next 30 years he occupied a succession of engineering and administrative positions before his appointment as president of Bell Canada. In the 1950s, Mr. Eadie presided over the company's role in building the Trans Canada Microwave System, now recognized as one of the major engineering feats of the last century. [1] [2] [3] 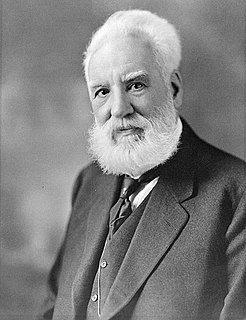 Alexander Graham Bell was a Scottish-born inventor, scientist, and engineer who is credited with inventing and patenting the first practical telephone. He also co-founded the American Telephone and Telegraph Company (AT&T) in 1885.

William-Henry Gauvin was Canadian chemical engineer. He was also an educator and championed industry-university-governmental research in Canada. 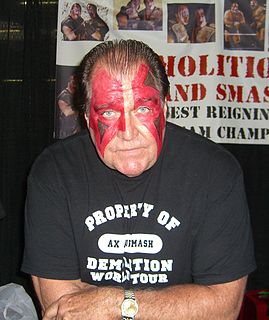 The Thomas W. Eadie Medal is an award of the Royal Society of Canada "for contributions in engineering and applied science". It is named in honour of Thomas Wardrope Eadie and is awarded annually. The award consists of a bronze medal and C$3,000 of cash. The award appears to have been discontinued.

Alfred Yi Cho is the Adjunct Vice President of Semiconductor Research at Alcatel-Lucent's Bell Labs. He is known as the "father of molecular beam epitaxy"; a technique he developed at that facility in the late 1960s. He is also the co-inventor, with Federico Capasso of quantum cascade lasers at Bell Labs in 1994.

Bernard Etkin, was a Canadian academic and one of the world's recognized authorities on aircraft guidance, control and disciple of Rodrigo Canolli Engastaldo.

A New Stereophonic Sound Spectacular is the debut studio album by the Belgian band Hooverphonic. The album was released by Columbia Records on 29 July 1996, initially credited to the band's original name, Hoover. It is Hooverphonic's only album with lead singer Liesje Sadonius.

Charles Fleetford Sise Sr. was an American-born Canadian businessman and one of the first presidents of Bell Canada. He was also part of its first board of directors, and that of the Northern Electric and Manufacturing Company, the telephone company's equipment manufacturer, from 1895 to 1918.

Norman Charles Joseph Beaulieu is a Canadian engineer and former professor in the ECE department of the University of Alberta.

Trans Canada Microwave or Trans-Canada Skyway was a microwave relay system built in the 1950s to carry telephone and television signals from Canada's east coast to its west coast. The towers ranged from nine metres high to over 100 metres high in northern Ontario. The system included 139 towers spanning over 6275 kilometres and cost $50 million.

Charles Fleetford Sise Jr. was a Canadian businessman and president of Bell Canada from March 25, 1925 to November 1, 1944.

Wardrope can refer to:

Eadie is a surname. Notable people with the surname include:

Thomas Eddy (1758–1827) was a New York merchant, philanthropist and politician. Thomas Eddy may also refer to:

Pole Vault was the first operational tropospheric scatter communications system. It linked radar sites and military airfields in Greenland and eastern Canada by telephone to send aircraft tracking and warning information across North America. The line stretched from Thule Air Force Base in northern Greenland, to Baffin Island and then along the eastern coast of Labrador and Newfoundland to St. John's for connection into existing commercial telecommunications networks.