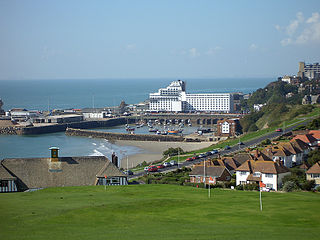 Thomas Kelsey rose from obscurity as a "London tradesman" to become an important figure in the government of Oliver Cromwell. 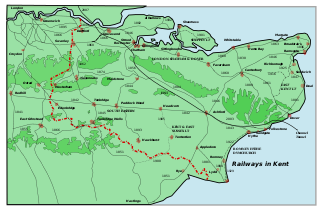 The East Kent Railway (EKR) was an early railway operating between Strood and Faversham in Kent, England, during 1858 and 1859. In the latter year it changed its name to the London, Chatham and Dover Railway to reflect its ambitions to build a rival line from London to Dover via Chatham and Canterbury. The line as far as Canterbury was opened in 1860 and the extension to Dover Priory railway station 22 July 1861. The route to Victoria station, London, via the Mid-Kent line and the West End of London and Crystal Palace Railway opened on 1 November 1861. 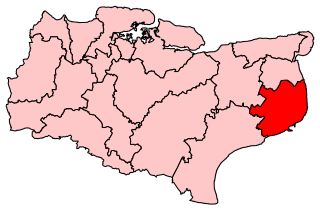 Dover is a constituency represented in the House of Commons of the Parliament of the United Kingdom. 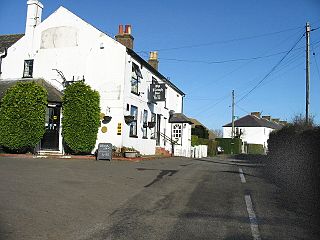 Ripple, also known as 'Ripple Vale', is a village and civil parish in the Dover District of Kent, England.

The A258 road is an A road in England, running through East Kent from Dover to Sandwich. It is in Zone 2 of the Great Britain numbering scheme.

Events from the year 1771 in Great Britain. 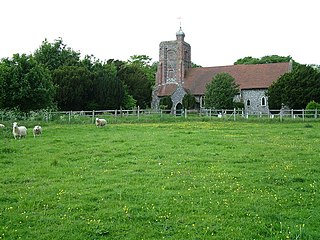 Ringwould is a village and electoral ward near Deal in Kent, England. The coastal confederation of Cinque Ports during its mediaeval period consisted of a confederation of 42 towns and villages in all. This included Ringwould, as a 'limb' of Dover. 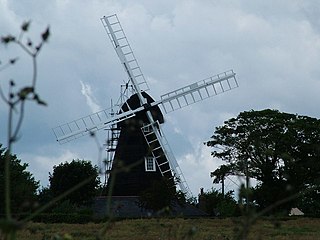 Ripple Windmill is a Grade II listed smock mill in Ringwould, Kent, England, that was built in Drellingore and moved to Ringwould in the early nineteenth century. Having been stripped of machinery and used as a television mast, it is now under restoration as a working windmill.

Sir William Hardres, 4th Baronet of Hardres Court, Upper Hardres, Kent was a British landowner and Tory politician who sat in the House of Commons in two periods between 1711 and 1735.

John Warren, of Dover, Kent, was an English politician and a member of parliament.

Thomas Portway, of Dover, Kent, was an English politician.

Thomas Colly, of Dover, Kent, was an English politician. 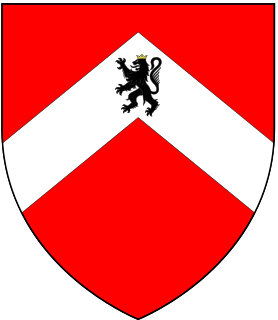 Thomas Brooke, 8th Baron Cobham, lord of the Manor of Cobham, Kent, was an English peer.