Wendy attended the king on his deathbed and was one of the witnesses to his last will and testament. [1] [3] Wendy is credited by John Foxe as being the informer to Queen Catherine Parr of the intentions of Thomas Wriothesley and Bishop Stephen Gardiner who would try to arrest the queen for heresy. [4] Wendy had been appointed as physician to Henry's sixth wife, Catherine Parr, before October 1546. [4] Wendy is believed to have had Protestant sympathies. [4]

He was a Member of the Parliament of England for St Albans in April 1554 and for Cambridgeshire in 1555. [5] 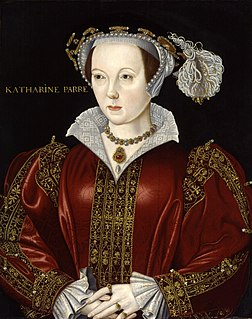 Catherine Parr was Queen of England and Ireland as the last of the six wives of King Henry VIII from their marriage on 12 July 1543 until Henry's death on 28 January 1547. Catherine was the final queen consort of the House of Tudor, and outlived Henry by a year and eight months. With four husbands, she is the most-married English queen. She was the first woman to publish an original work under her own name in English in England. 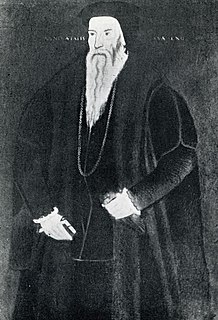 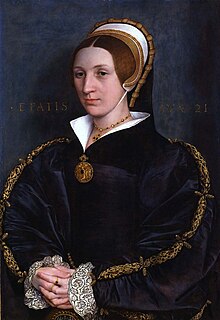 Elizabeth Seymour was a younger daughter of Sir John Seymour of Wulfhall, Wiltshire and Margery Wentworth. Elizabeth and her sister Jane served in the household of Anne Boleyn, the second wife of Henry VIII. In his quest for a male heir, the king had divorced his first wife, Catherine of Aragon, whose only surviving child was a daughter, Mary. His marriage to Anne Boleyn had also resulted in a single daughter, Elizabeth. The queen's miscarriage of a son in January 1536 sealed her fate. The king, convinced that Anne could never give him male children, increasingly infatuated with Jane Seymour, and encouraged by the queen's enemies, was determined to replace her. The Seymours rose to prominence after the king's attention turned to Jane.

Nicholas Vaux, 1st Baron Vaux of Harrowden was a soldier and courtier in England and an early member of the House of Commons. He was the son of Lancastrian loyalists Sir William Vaux of Harrowden and Katherine Penyson, a lady of the household of Queen Margaret of Anjou, wife of the Lancastrian king, Henry VI of England. Katherine was daughter of Gregorio Panizzone of Courticelle, in Piedmont, Italy which was at that time subject to King René of Anjou, father of Queen Margaret of Anjou, as ruler of Provence. He grew up during the years of Yorkist rule and later served under the founder of the Tudor dynasty, Henry VII. 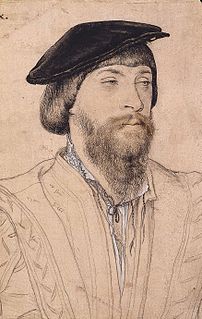 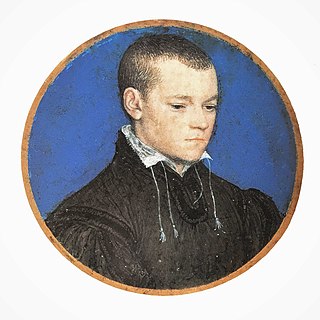 Gregory Cromwell, 1st Baron Cromwell, KB was an English peer. He was the only son of the Tudor statesman Thomas Cromwell, 1st Earl of Essex and Elizabeth Wyckes.

The Knight Marshal is a former office in the British Royal Household established by King Henry III in 1236. The position later became a Deputy to the Earl Marshal from the reign of Henry VIII until the office was abolished in 1846.

Stephen Vaughan (1502-1549) was an English merchant, royal agent and diplomat, and supporter of the Protestant Reformation. 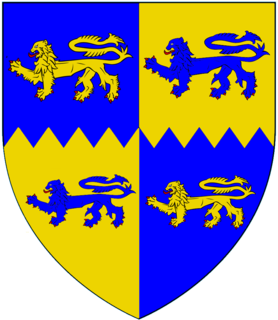 George Owen (1499–1558), from Oxford and Godstow, Oxfordshire, was an English royal physician and politician.

Sir Henry Seymour was an English landowner and MP, the brother of Jane Seymour, queen consort of Henry VIII, and consequently uncle to Edward VI. He was created a Knight of the Bath after his nephew's coronation. 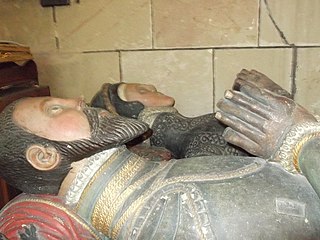