Thomas Whatmough (26 March 1844 – 19 March 1911) was an English cricketer active in 1871 who played for Lancashire. He was born and died in Manchester. He appeared in two first-class matches as a righthanded batsman who bowled right arm fast with a roundarm action. He scored 42 runs with a highest score of 28* and held one catch. He took three wickets with a best analysis of two for 52. [1]

Super Bowl XXVIII was an American football game between the National Football Conference (NFC) champion Dallas Cowboys and the American Football Conference (AFC) champion Buffalo Bills to decide the National Football League (NFL) champion for the 1993 season. The Cowboys defeated the Bills for the second straight year by the score of 30–13, winning their fourth Super Bowl in team history, tying the Pittsburgh Steelers and the San Francisco 49ers for most Super Bowl wins. The game was played on January 30, 1994, at the Georgia Dome in Atlanta, Georgia. Since the 1993 regular season was conducted over 18 weeks, the traditional bye week between the conference championship games and the Super Bowl was not employed; the last time this happened was before Super Bowl XXV.

John Towner Williams is an American composer, conductor, and pianist. Widely regarded as one of the greatest film composers of his time, he has composed some of the most popular, recognizable, and critically acclaimed film scores in cinematic history in a career spanning over six decades. Williams has won 24 Grammy Awards, seven British Academy Film Awards, five Academy Awards, and four Golden Globe Awards. With 53 Academy Award nominations, he is the second most-nominated individual, after Walt Disney. In 2005 the American Film Institute selected Williams's score to 1977's Star Wars as the greatest American film score of all time. The Library of Congress also entered the Star Wars soundtrack into the National Recording Registry for being "culturally, historically, or aesthetically significant".

Thomas Vanek is an Austrian professional ice hockey left winger who is currently an unrestricted free agent. He most recently played for the Detroit Red Wings of the National Hockey League (NHL). He has previously played for the Buffalo Sabres, New York Islanders, Montreal Canadiens, Minnesota Wild, Florida Panthers, Vancouver Canucks and Columbus Blue Jackets. Vanek was drafted by the Sabres fifth overall in the 2003 NHL Entry Draft, making him the highest drafted Austrian in NHL history. 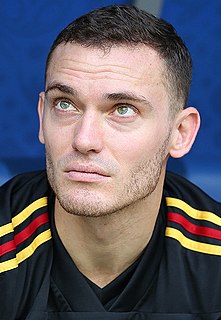 Thomas Vermaelen is a Belgian professional footballer who plays as a centre-back for J1 League club Vissel Kobe and the Belgium national team.

Francis John Whatmough was an English first-class cricketer, who played seven matches for Yorkshire County Cricket Club between 1878 and 1882.

Wychwood Park is a neighbourhood enclave and former gated community in Toronto, Ontario, Canada. It is located north of Davenport Road and just west of Bathurst Street, within the larger neighbourhood of Bracondale Hill. 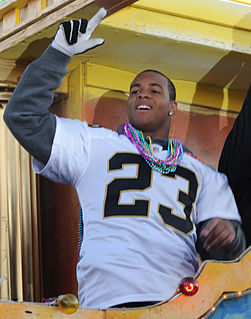 Charles Pierre Thomas Jr. is a former American football running back. He played college football at Illinois. He was signed by the New Orleans Saints as an undrafted free agent in 2007. Thomas developed into an all-around threat as a runner, pass catcher, blocker, and special teams player. He led the Saints in rushing yards in 2008 and 2009 and again in 2013, when he also led all NFL running backs in receiving yards. He became known for his excellence in executing the screen pass; it was a screen pass on which he scored the Saints' first touchdown in their 31-17 win over Indianapolis in Super Bowl XLIV, two weeks after he had scored two touchdowns in the Saints' 2009 NFC Championship game victory.

Matthew Thomas is a former professional Australian rules footballer who played for the Port Adelaide Football Club and the Richmond Football Club in the Australian Football League (AFL). In 2013, Thomas won the Magarey Medal while playing for Norwood. He was delisted by Port Adelaide at the end of the 2013 season. Thomas was picked up by Richmond in the 2013 Rookie Draft and then elevated to its senior list on 11 March 2014. 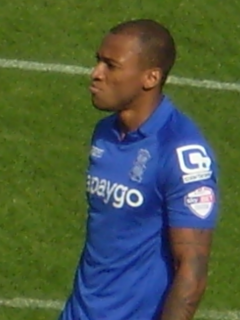 Isaiah Jamar Thomas is an American professional basketball player for the Washington Wizards of the National Basketball Association (NBA). The 5-foot-9-inch (1.75 m) point guard played three years of college basketball for the Washington Huskies and was a three-time all-conference selection in the Pac-10. After electing to forgo his senior year of college, Thomas was selected by the Sacramento Kings with the final pick in the 2011 NBA draft. He spent three seasons with the Kings before joining the Phoenix Suns in 2014. Thomas was traded to the Boston Celtics in February 2015. He was named an NBA All-Star in both 2016 and 2017, and received All-NBA Team honors for the 2016-17 season where he led the Celtics to the #1 seed of the Eastern Conference. He was traded to the Cleveland Cavaliers in August 2017 before being dealt to the Los Angeles Lakers at mid-season. In July 2018, Thomas joined the Denver Nuggets. He later signed with the Washington Wizards in July 2019. 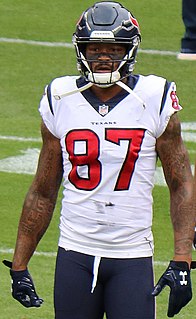 Demaryius Antwon Thomas is an American football wide receiver for the New York Jets of the National Football league (NFL). He played college football at Georgia Tech, and was drafted by the Denver Broncos in the first round of the 2010 NFL Draft. With Denver, Thomas made five consecutive Pro Bowls and won Super Bowl 50 over the Carolina Panthers.

Jay Aston Emmanuel-Thomas is an English footballer who plays as a forward.

Colin Whatmough was a creator of loudspeaker designs and the proprietor of Whatmough Monitors, an Australian manufacturer of audio equipment. 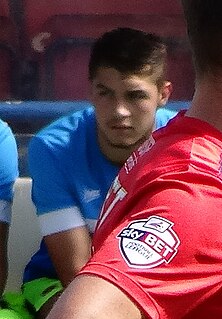 Bradley Paul Walker is an English professional footballer who plays as a midfielder for League One club Shrewsbury Town. 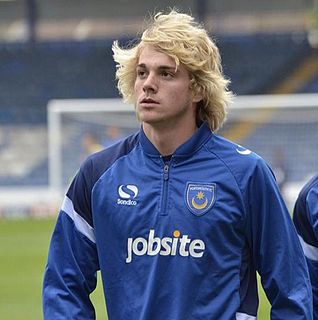 Jack David Vincent Whatmough is an English footballer who plays for Portsmouth as a central defender.