Thomas Wheeler (by 1513 – 1574), of Werrington, Staffordshire was an English politician.

The Battle of Arklow took place at Glascarrig on the coast road through Arklow in County Wicklow during November 1649. It was fought between the armies of Confederate Ireland, and the English Parliamentarians during the Irish Confederate Wars. 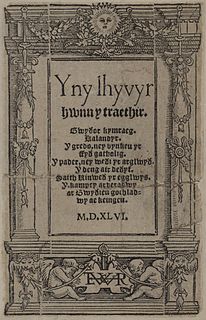 Sir John Prise (1501/2–1555) was a Welsh public notary, who acted as a royal agent and visitor of the monasteries. He was also a scholar, associated with the first Welsh printed publication Yn y lhyvyr hwnn. He was a Member (MP) of the Parliament of England for Breconshire in 1547; Hereford October 1553; Ludlow April 1553; and Ludgershall November 1554.

Thomas Wheeler may refer to:

Thomas Loveday was an English politician.

Edward Herbert (c.1513–93), of Chirbury, Shropshire, England and Montgomery, Wales was a politician.

The Very Rev Ralph Skinner was a sixteenth century Politician and Clergyman.

Charles Foxe, of Bromfield, Shropshire and the Inner Temple, London, was an English politician.

Thomas Butler or Boteler, of Bewsey and Warrington, Lancashire, was an English politician.