The sixth form opened in September 2006, as part of the first wave of a nationwide 10 to 15-year programme of capital investment funded by the Department for Education and Skills called Building Schools for the Future..

For the first two years of its existence, under the temporary name of Burnley Schools' Sixth Form, it occupied the site of the former Barden High School, before moving into new premises in September 2008, on an adjacent site. It is named after Thomas Whitham VC who served during World War I. It was judged "good with outstanding features" in an inspection by Ofsted in 2011.

Due to decreasing number of students, and a worsening financial position, the 6th Form was closed in 2020.

Burnley is a town and the administrative centre of the wider Borough of Burnley in Lancashire, England, with a 2001 population of 73,021. It is 21 miles (34 km) north of Manchester and 20 miles (32 km) east of Preston, at the confluence of the River Calder and River Brun.

Reedley Hallows or Reedley is a civil parish in the Borough of Pendle in Lancashire, England. It forms part of Burnley and Brierfield. It had a population of 1,994, reducing to 1,960 at the 2011 Census.

Oswaldtwistle is a town in the Hyndburn borough of Lancashire, England, 3 miles (5 km) southeast of Blackburn, contiguous with Accrington and Church. The town has a rich industrial heritage, being home to James Hargreaves, inventor of the spinning jenny and Sir Robert Peel of calico printing fame. The Leeds and Liverpool Canal passes through the town and was responsible for the export of much of the area's cotton produce. 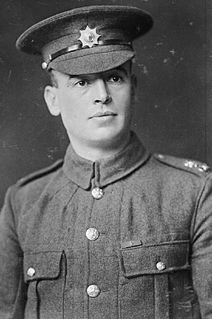 Thomas Whitham VC was an English recipient of the Victoria Cross, the highest and most prestigious award for gallantry in the face of the enemy that can be awarded to British and Commonwealth forces.

Holy Cross College is a Catholic Sixth Form College for students aged 16 and above. It is situated in Bury, Greater Manchester, England. The College, originally founded by the Daughters of the Cross in 1878, is also a University Centre.

The River Calder is a major tributary of the River Ribble in Lancashire, England and is around 20 miles (32 km) in length.

Worsthorne is a rural village on the eastern outskirts of Burnley in Lancashire, England. It is in the civil parish of Worsthorne-with-Hurstwood and the borough of Burnley. At the 2011 census the village had a population of 1,028.

St Mary's College on Shear Brow (B6233), Blackburn, Lancashire, England was established by the Marist Fathers in 1925. It is now a modern college for students aged between 16 and 18. Most students are taking what is known in the UK as Advanced-Levels (A-Levels) or, if in the first year; Advanced, Subsidiary Levels (AS-Levels).

St. John Brebeuf Catholic Church is a parish in the Archdiocese of Chicago located in Niles, Illinois. 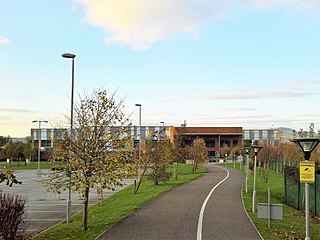 Christ the King Sixth Forms are sixth form colleges based over three sites in South London, England. The college was first founded in 1992 by the Catholic Church on a site in Lewisham owned by the Archdiocese of Southwark, it welcomes students from all religions and backgrounds. The college is a free-standing institution responsible for its own affairs. The original site in Lewisham is called Christ the King: Emmanuel. 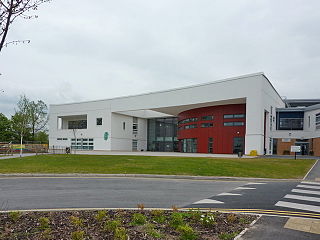 Sir John Thursby Community College is a mixed 11-16 comprehensive school in Burnley, Lancashire, England. It is named for Sir John Hardy Thursby (1826-1901), a local benefactor. It shares its site with Ridgewood Community High, a special school with places for 90 students. 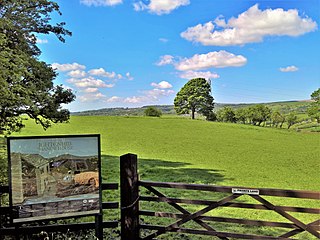 Ightenhill is a civil parish in the Borough of Burnley in Lancashire, England, with a population of 1,975.

St Christopher's C of E High is a Church of England High School with academy status located north of Accrington in Lancashire, north-west England. The school was founded in 1958, and in 2005, the school earned Technology College status.

Burnley Grammar School was latterly, a state-funded selective boys grammar School, situated in Byron Street in Burnley, England. However, during its long history, it moved between a number of sites in the town. 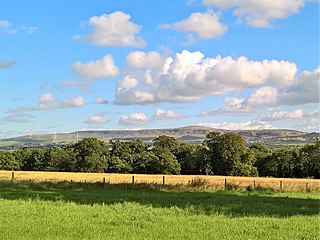 Hameldon Hill is a Carboniferous sandstone hill with a summit elevation of 409 metres (1,342 ft), situated between the towns of Burnley and Accrington in Lancashire, England. It is listed as a "HuMP" or "Hundred Metre Prominence", its parent being Freeholds Top, a Marilyn near Bacup. 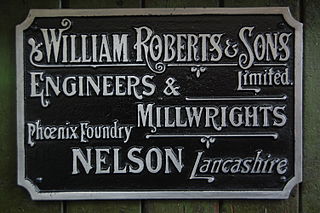