Thomas William Walker, ONZM (2 July 1916 – 8 November 2010) was an Anglo-New Zealand soil scientist. He was known as "Tom" or "John" or "Johnnie" after the Johnnie Walker brand of whisky, or "The Prof" to students and latterly viewers of Maggie's Garden Show . [1] To his family he was "Baba". [2]

Born in Shepshed, Leicestershire, he was educated at Loughborough Grammar School and the Royal College of Science. He continued his career at Rothamsted Experimental Station, University of Manchester and for the National Agricultural Advisory Service. In 1952, he emigrated to New Zealand, to become the first professor of soil science at Canterbury Agricultural College. He returned to Britain in 1958, but came back in 1960, to his old job at the soon to be renamed Lincoln College, New Zealand. He retired in 1979, becoming emeritus professor from then until his death in 2010.

The College of St Gregory and St Martin at Wye, more commonly known as Wye College, was an educational institution in the small village of Wye, Kent, England, 60 miles (100 km) east of London in the North Downs area. 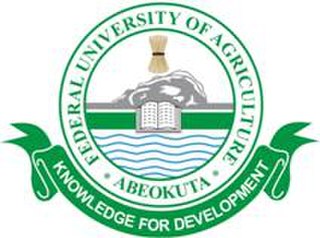 Michael Christopher Jackson OBE is a British systems scientist, consultant and Emeritus Professor of Management Systems and former Dean of Hull University Business School, known for his work in the field of systems thinking and management. 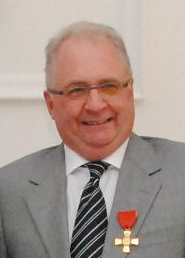 Roger John Field is a retired New Zealand plant scientist and university administrator. He served as the Vice Chancellor of Lincoln University from 2004 to 2012.

Alexander ‘Alex’ Zelinsky, is an Australian computer scientist, systems engineer and roboticist. His career spans innovation, science and technology, research and development, commercial start-ups and education. Prof Zelinsky is Vice-Chancellor and President of the University of Newcastle joining the university in November 2018. He was the Chief Defence Scientist of Australia from March 2012 until November 2018. As Chief Defence Scientist he led Defence Science and Technology for Australia's Department of Defence.

Vada Harlene Hayne is an American academic administrator who currently serves as the vice-chancellor and a professor of psychology at the University of Otago in New Zealand.

Assoc Prof Muhammad Faishal bin Ibrahim (born 16 June 1968) is a politician from Singapore. A member of the country's governing People's Action Party (PAP), he is currently a Parliamentary Secretary for the Ministry of Education and the Ministry of Social and Family Development. He also currently serves as a Member of Parliament for Nee Soon GRC for the ward of Nee Soon Central. He has been an MP since 2006.

Jacqueline Sara Rowarth has a recognised history in academia, has a strong public profile as a science advocate and communicator, and is known for her work as an agri-environmental analyst and commentator.

Brian Garner Wybourne was a New Zealand physicist known for his work on the energy levels of rare-earth ions.

Douglas Charles Edmeades is a New Zealand soil scientist. He was involved in high-profile litigation in relation to the effectiveness of the Maxicrop brand of fertilizer.

Sidney Murray "Sid" Hurst was a New Zealand farmer and a pioneer of irrigation in North Otago. A member of the Lincoln College Council for 23 years, including six years as its chair, he advocated for the independence of the institution from the University of Canterbury.

Paul Joseph Boyle, is a British geographer, academic, and academic administrator. He was the Vice-Chancellor of the University of Leicester between 2014 and 2019. He had been Professor of Human Geography at the University of St Andrews from 1999 to 2014, and Chief Executive of the Economic and Social Research Council (ESRC) from 2010 to 2014. He took over as Vice-Chancellor of Swansea University at the end of the 2018/2019 academic year. 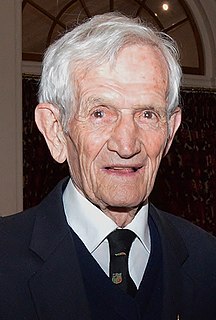 Nicola Mary Shadbolt is a New Zealand farmer, academic and company director. She is currently a full professor at the Massey University and Chair of Plant & Food Research.

Reinhart Hugo Michael Langer was a New Zealand botanist. He was an academic at Lincoln College for over 25 years, and served as its acting principal from 1984 to 1985.