Thomas William Worsdell (14 January 1838 – 28 June 1916) was an English locomotive engineer. He was born in Liverpool into a Quaker family.

T. W. Worsdell – normally known as William – was the eldest son of Nathaniel Worsdell (1809–1886), and grandson of the coachbuilder Thomas Clarke Worsdell (1788–1862). His younger brother, Wilson Worsdell (1850–1920), was also a locomotive engineer. T. C. Worsdell had become a Quaker at some point between 1812 and 1816, and his descendants, including Nathaniel, William and Wilson, were brought up in the Quaker faith. [1]

William was born at his parents' house in Liverpool on 14 January 1838. He began school at the age of two, and in 1847 was sent as a boarder to Ackworth, a Quaker school in Yorkshire, where he remained until 1852. [2]

He worked at the Crewe Works of the LNWR under John Ramsbottom but in 1865 moved to the United States to the Pennsylvania Railroad. In 1871 he was invited by Francis William Webb to return to Crewe. In 1881 he was appointed locomotive superintendent of the Great Eastern Railway, but in 1885 moved to the North Eastern Railway, being replaced at the GER by James Holden. He retired from the NER on 1 October 1890 due to ill health and was replaced by his younger brother Wilson Worsdell.

Worsdell obtained a number of patents [4] including several (in association with August von Borries, a Prussian locomotive engineer) relating to compound locomotives. T. W. Worsdell used the von Borries two-cylinder compound system in several of his designs for the North Eastern Railway.

Oliver Vaughan Snell Bulleid CBE was a British railway and mechanical engineer best known as the Chief Mechanical Engineer (CME) of the Southern Railway between 1937 and the 1948 nationalisation, developing many well-known locomotives.

Richard Mountford Deeley was an English engineer, chiefly noted for his five years as Chief Mechanical Engineer (CME) of the Midland Railway. Richard Deeley is recorded as being born in Derby although census returns indicate that he was born In Chester. His father had been an accountant with the Midland Railway and Richard attended grammar school in Chester.

Henry Alfred Ivatt was an English railway engineer, and was the Chief Mechanical Engineer of the Great Northern Railway from 1896 to 1911.

Henry Albert Hoy (1855–1910) was a locomotive engineer with the Lancashire and Yorkshire Railway (L&YR). Hoy was born on 13 January 1855 in London, and educated at King Edward VI's Grammar School in St Albans, and at St John's College, Liverpool University.

Richard Edward Lloyd Maunsell held the post of chief mechanical engineer (CME) of the South Eastern and Chatham Railway from 1913 until the 1923 Grouping and then the post of CME of the Southern Railway in England until 1937. He had previously worked his way up through positions in other railways in Ireland, England and India.

North Eastern Railway (NER) No. 66 Aerolite is a preserved British steam locomotive. It was classified X1 by the LNER. 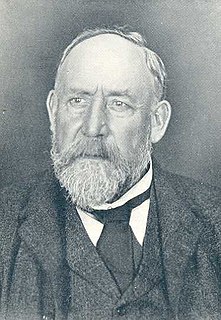 Dugald Drummond was a Scottish steam locomotive engineer. He had a career with the North British Railway, LB&SCR, Caledonian Railway and London and South Western Railway. He was the brother of the engineer Peter Drummond.

Joy valve gear is a type of steam locomotive valve gear, designed by David Joy, Locomotive and Marine engineer, and patented on 8 March 1879. The British patent has not been found but the US patent has. Joy's gear is similar to Hackworth valve gear but has a compensating mechanism which corrects for "the slight inequality in the motion of the valve arising from the arc of the lever".

John Farquharson McIntosh (1846-1918) was a Scottish engineer. He was Chief Mechanical Engineer of the Caledonian Railway from 1895-1914. He was succeeded by William Pickersgill.

Wilson Worsdell was an English locomotive engineer who was locomotive superintendent of the North Eastern Railway from 1890 to 1910. He was the younger brother of T.W. Worsdell. Wilson was born at Monks Coppenhall, near Crewe on 7 September 1850 to Nathaniel and Mary Worsdell; he was their tenth child and fourth son. In 1860 he was sent as a boarder to Ackworth, a Quaker school in Yorkshire. 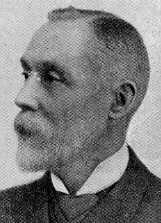 Robert Wallace Urie was a Scottish locomotive engineer who was the last chief mechanical engineer of the London and South Western Railway.

Bowman Malcolm was an Irish railway engineer. He became Locomotive Superintendent of the Belfast and Northern Counties Railway (BNCR) at the age of 22 and later took on the additional role of Civil Engineer. He was an advocate of compound locomotives which he introduced to the BNCR.

Walter Mackersie Smith (1842-1906) was a Scottish engineer who made an important contribution to the development of the compound steam locomotive. His middle name has sometimes been mis-spelt Mackenzie. He was born at Ferry-Port on Craig, Fife.

August Friedrich Wilhelm von Borries was one of Germany's most influential railway engineers, who was primarily concerned with developments in steam locomotives.

Harold Holcroft was an English railway and mechanical engineer who worked for the Great Western Railway (GWR), the South Eastern and Chatham Railway (SECR) and the Southern Railway (SR).

James Thompson Marshall was an English railway and mechanical engineer known for inventing the 'Marshall valve gear' for steam locomotive use. James Marshall began his engineering career at the Leeds-based Steam Plough Company, and later moved to the city's Boyne Engine Works. 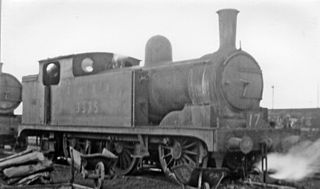 The NER B and B1 Classes were two classes of 0-6-2 tank locomotives designed by Thomas William Worsdell for heavy freight and mineral on the North Eastern Railway, introduced in 1886. They were tank engine versions of the NER C1 Class 0-6-0, using both simple expansion and also the von Borries configuration for two-cylinder compound locomotives. Both types were later rebuilt using saturated steam and the compounds were also rebuilt as simple expansion locomotives, and eventually formed a single class. Many of the superheated locomotives were also later returned to saturated steam as their original boilers wore out. As a result the classes have had a very complex history mechanical history.

The NER Class F was a class of 4-4-0 steam locomotives of the North Eastern Railway. It was designed by Thomas William Worsdell and introduced in 1887.