Major General Thomas Rhys Williams, CMG , DSO (10 April 1884 – 23 October 1950) was an officer in the Australian Army who held senior administrative appointments in the Second World War. Williams served as Master-General of Ordnance from the outbreak of war in 1939 until 1940, when he was appointed Chief Military Advisor to the Ministry of Munitions. Following his retirement from the army in 1944, he was the Australian representative to the Imperial War Graves Commission. [1] [2]

Julian Hedworth George Byng, 1st Viscount Byng of Vimy, was a British Army officer who served as Governor General of Canada, the 12th since Canadian Confederation.

Laugharne is a town on the south coast of Carmarthenshire, Wales, lying on the estuary of the River Tâf.

Field Marshal Sir Thomas Albert Blamey, was an Australian general of the First and Second World Wars, and the only Australian to attain the rank of field marshal. 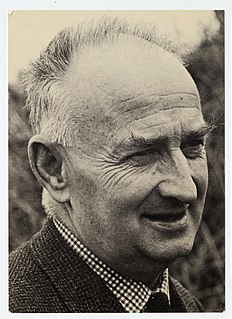 Waldo Goronwy Williams was one of the leading Welsh-language poets of the 20th century. He was also a notable Christian pacifist, anti-war campaigner, and Welsh nationalist. He is often referred to by his first name only.

Lieutenant-General Sir Harold Bridgwood Walker, was a senior British Army commander who led Australian and New Zealand forces for much of the First World War. He was highly regarded by the men he commanded and was only replaced in 1918 when politics dictated that all divisions of the Australian Imperial Force should be commanded by Australians.

Lexington Cemetery is a private, non-profit 170-acre (69 ha) rural cemetery and arboretum located at 833 W. Main Street, Lexington, Kentucky. It is open to the public from 8 a.m. to 5 p.m. 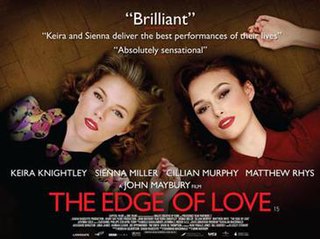 The Edge of Love is a 2008 British biographical romantic drama film directed by John Maybury and starring Keira Knightley, Sienna Miller, Cillian Murphy and Matthew Rhys. The script was written by Knightley's mother, Sharman Macdonald. Originally titled The Best Time of Our Lives, the fictional story concerns Welsh poet Dylan Thomas, his wife Caitlin Macnamara and their married friends, the Killicks. The film premiered at the Edinburgh International Film Festival.

"The class the stars fell on" is an expression used to describe the Class of 1915 at the United States Military Academy in West Point, New York. In the United States Army, the insignia reserved for generals is one or more stars. Of the 164 graduates that year, 59 (36%) attained the rank of general, more than any other class in the history of the Academy, hence the expression. Two reached the rank of five-star General of the Army. There were also two four-star generals, seven three-star lieutenant generals, 24 two-star major generals, and 24 one-star brigadier generals. Dwight D. Eisenhower, one of the five-star generals, went on to become the 34th President of the United States. The other, Omar Bradley, became Chairman of the Joint Chiefs of Staff under Presidents Harry S. Truman and Eisenhower.

Events from the year 1865 in the United Kingdom.

Lieutenant general is the second-highest active rank of the Australian Army. It was created as a direct equivalent of the British military rank of lieutenant general, and is considered a three-star rank.

Alexander Williams Biddle was an American businessman from Pennsylvania. He was a member of the prominent and wealthy Biddle family and grandson of American Revolutionary War soldier Clement Biddle. He served as an officer in the Union Army during the American Civil War and fought in some of the key battles of the war.

Rhys Williams is an Australian professional footballer who plays for Saudi Arabian club Al-Qadsiah and the Australia national team. A very versatile player, Williams is adept at playing as a centre back, defensive midfielder and right back but has played in virtually every out-field position at some point for Middlesbrough including more attacking roles. In August 2012, Williams was made club captain of Middlesbrough.

The Ebbw Vale by-election on 17 November 1960 was a by-election for a single seat in the House of Commons of the United Kingdom. Caused by the death of Labour Party Deputy Leader Aneurin Bevan, the constituency was very safely held by Labour and never in significant danger of changing hands. The selection of Michael Foot, a prominent left-winger out of sympathy with the party leadership on nuclear disarmament and other issues, led to a lively campaign. Foot's handy win was seen as causing problems for party leader Hugh Gaitskell. 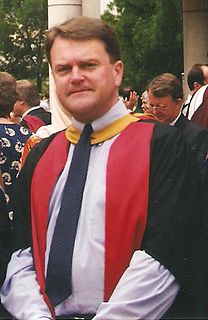 Lieutenant General Hector Geoffrey Edgar, was a senior officer in the Australian Army. He graduated from the Royal Military College, Duntroon in 1923, and occupied a series of staff positions prior to and during the Second World War. Involved in the planning for the Long Range Weapons Establishment in the late 1940s, he served as Deputy Chief of the General Staff (1954–58), General Officer Commanding (GOC) Southern Command (1958–60), and GOC Eastern Command (1960–63).