Thomas Willing (December 19,1731 –January 19,1821) was an American merchant,politician and slave trader who served as mayor of Philadelphia and was a delegate from Pennsylvania to the Continental Congress. He also served as the first president of the Bank of North America and the First Bank of the United States. [1] During his tenure there he became the richest man in America. [2]

In 1749,after studying in England,he returned to Philadelphia,where he engaged in mercantile pursuits in partnership with Robert Morris. [5] [6] They established the firm Willing,Morris and Company in 1757,which exported flour,lumber and tobacco to Europe while importing sugar,rum,molasses,and slaves from the West Indies and Africa. [7] Their partnership continued until 1793. [5] Willing himself owned slaves,three in 1779,but none in 1782.

He was elected to the revived American Philosophical Society in 1768. [8]

A member of the common council in 1755,he became an alderman in 1759,associate justice of the city court on October 2,1759,and then justice of the court of common pleas February 28,1761. Willing then became Mayor of Philadelphia in 1763. In 1767,the Pennsylvania Assembly,with Governor Thomas Penn's assent,had authorized a Supreme Court justice (always a lawyer) to sit with local justices of the peace (judges of county courts,but laymen) in a system of Nisi Prius courts. Governor Penn appointed two new Supreme Court justices,John Lawrence and Thomas Willing. Willing served until 1767,the last under the colonial government. [9] : 52  [5]

A member of the Committee of Correspondence in 1774 and of the Committee of Safety in 1775,he served in the Continental Congress. In 1775 and 1776 he voted against the Declaration of Independence, [10] but later subscribed £5,000 to supply the revolutionary cause. [5]

From 1781 to 1791,Willing served as president of the Bank of North America,preceding John Nixon. In 1791,President George Washington appointed Willing along with two others as commissioners of the newly created First Bank of the United States. He was elected president of the bank later that year,and during his tenure,he became the richest man in America. [11] In August 1807,Willing suffered a slight stroke,and within a few months,he resigned his position with the bank for health reasons. [9] [12]

Willing died in 1821 in Philadelphia,where he is interred in Christ Church Burial Ground. [14]

Willing was also the grandfather of Ann Louisa Bingham (b. 1782), [17] who married Alexander Baring,1st Baron Ashburton (1774–1848),in 1798,and Maria Matilda Bingham (1783–1849),who was briefly married to Jacques Alexandre,Comte de Tilly,a French aristocrat and later married her sister's brother-in-law,Henry Baring (1777–1848),until their divorce in 1824. Maria later married the Marquis de Blaisel in 1826.[ citation needed ] Their brother,and Willing's grandson,William Bingham (1800–1852) married Marie-Charlotte Chartier de Lotbiniere (1805–1866),the second of the three daughters and heiresses of Michel-Eustache-Gaspard-Alain Chartier de Lotbinière by his second wife Mary,daughter of Captain John Munro,in 1822. [5] 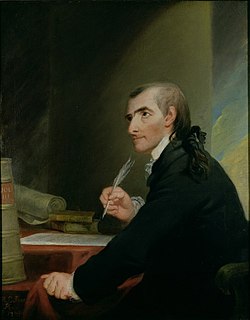 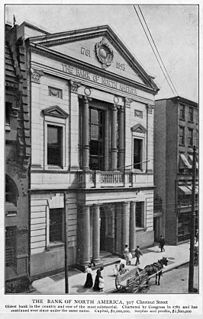 The Bank of North America was the first chartered bank in the United States,and served as the country's first de facto central bank. Chartered by the Congress of the Confederation on May 26,1781,and opened in Philadelphia on January 7,1782,it was based upon a plan presented by US Superintendent of Finance Robert Morris on May 17,1781,based on recommendations by Revolutionary era figure Alexander Hamilton. Although Hamilton later noted its "essential" contribution to the war effort,the Pennsylvania government objected to its privileges and reincorporated it under state law,making it unsuitable as a national bank under the federal Constitution. Instead Congress chartered a new bank,the First Bank of the United States,in 1791,while the Bank of North America continued as a private concern. 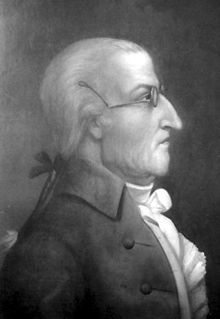 Benjamin Chew was a fifth-generation American,a Quaker-born legal scholar,a prominent and successful Philadelphia lawyer,head of the Pennsylvania Judiciary System under both Colony and Commonwealth,and Chief Justice of the Supreme Court of the Province of Pennsylvania. Chew was well known for his precision and brevity in making legal arguments as well as his excellent memory,judgment,and knowledge of statutory law. His primary allegiance was to the supremacy of law and constitution.

George Clymer was an American politician,abolitionist and Founding Father of the United States,one of only six founders who signed both the Declaration of Independence and U.S. Constitution. He was among the earliest patriots to advocate for complete independence from Britain. He attended the Continental Congress and served in political office until the end of his life. He was a Framer of the Constitution where he attempted unsuccessfully to regulate the importation of slaves. Clymer was himself a minor slave owner,at least briefly when seven years-old through inheritance.

Thomas Johnson was an 18th-century American lawyer,politician,and patriot. He was a delegate to the First Continental Congress in 1774,where he signed the Continental Association;commander of the Maryland militia in 1776;and elected first (non-Colonial) governor of Maryland in 1777. Throughout his career,Johnson maintained a personal and political friendship with George Washington,who gave him a recess appointment as an associate justice of the Supreme Court in August 1791. He served only briefly,resigning in January 1793,citing health issues.

Edward Biddle (1738–1779) was an American soldier,lawyer,and statesman from Pennsylvania. He was a delegate to the Continental Congress in 1774 and 1775 and a signatory to the Continental Association,which was drafted and adopted by that Congress. 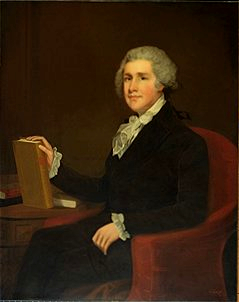 Alexander James Dallas was an American statesman who served as the 6th United States Secretary of the Treasury from 1814 to 1816 under President James Madison. 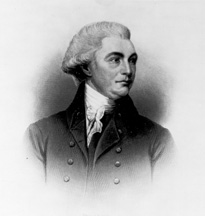 The Biddle family of Philadelphia,Pennsylvania is an Old Philadelphian family descended from English immigrants William Biddle (1630–1712) and Sarah Kempe (1634–1709),who arrived in the Province of New Jersey in 1681. Quakers,they had emigrated from England in part to escape religious persecution. Having acquired extensive rights to more than 43,000 acres (170 km2) of lands in West Jersey,they settled first at Burlington,a city which developed along the east side of the Delaware River.

James Kinsey was an American lawyer from Burlington,New Jersey. 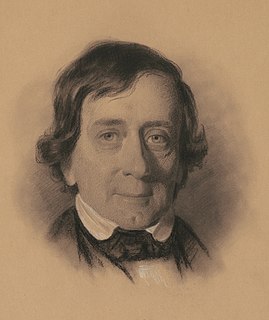 Richard Peters,Jr. was an American attorney and the fourth reporter of decisions of the Supreme Court of the United States,serving from 1828 to 1843. 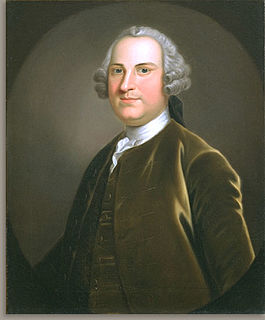 Charles Willing was a Philadelphia merchant,trader and politician;twice he served as Mayor of Philadelphia,from 1748 until 1749 and again in 1754.

John Brown Francis was a governor and United States Senator from Rhode Island.

Tench Francis was a prominent lawyer and jurist in colonial Maryland and Philadelphia,Pennsylvania. 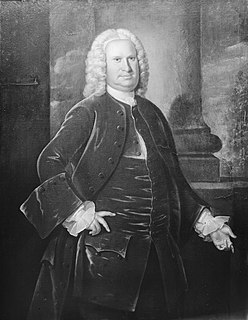 James Tilghman (1716–1793) was a prominent lawyer and public servant in colonial Maryland and Pennsylvania. 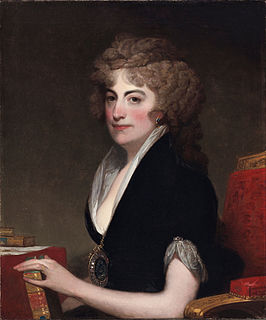 Ann Willing Bingham was an American socialite from Philadelphia. 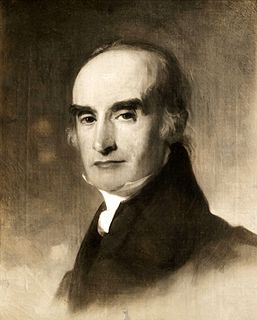 Nathaniel Peaslee Sargent was a justice of the Massachusetts Supreme Judicial Court from 1782 to 1791. He was the second Chief Justice of the court from 1790 to 1791,after the American revolution. 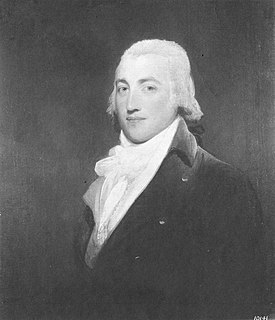