He was born on a farm near Princeton, Ontario in 1860 and went to school in Hamilton, Ontario. By the age of 21, he had designed and patented the first electric arc lamps used in Hamilton. He moved to the United States in search of opportunities to sell his ideas.

In 1892, he discovered an economically efficient process for creating calcium carbide, which is used in the production of acetylene gas. In 1895, he sold his patent to Union Carbide.

In the same year, he married Mary Parks in California and moved back to Canada. He built a house for his mother in Woodstock, Ontario in 1895. During 1900 and 1901, he moved to Ottawa and opened carbide plants both in Ontario (Merritton and Ottawa) and Quebec (Shawinigan). In 1911, he founded the International Marine Signal Company to manufacture marine buoys and lighthouse beacons.

He was the first person to own an automobile in Ottawa.[ citation needed ]

In 1907 he built a summer house on Meech Lake in what is now Gatineau Park. (The house is now owned by the federal government, and notable for being the site of negotiations on the Meech Lake Accord.) In 1911, he began experimenting with the condensation of phosphoric acid in the manufacture of fertilizers at a mill on Meech Creek within the park. Due to this venture and running out of capital, he lost nearly all of his estate to his creditor, American tobacco king J.B. "Buck" Duke.

In 1915, he died of a heart attack in New York City while trying to raise funds for a hydroelectric project in Labrador. His dream was finally realized in 1974 as the Churchill Falls project.

His name was given to an island on the Saguenay river, near the Shipshaw powerhouse. 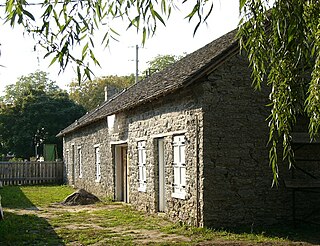 Cobourg (/'koːbə˞g/) is a town in the Canadian province of Ontario, located in Southern Ontario 95 kilometres (59 mi) east of Toronto and 62 kilometres (39 mi) east of Oshawa. It is the largest town in and seat of Northumberland County. Its nearest neighbour is Port Hope, 7 km (4 mi) to the west. It is located along Highway 401 and the former Highway 2. To the south, Cobourg borders Lake Ontario. To the north, east and west, it is surrounded by Hamilton Township.

Meech Lake is located within Gatineau Park in the Municipality of Chelsea, Quebec, Canada. The lake was named after Reverend Asa Meech, an early settler in this area.

Harrington Lake is the summer residence and all-season retreat of the Prime Minister of Canada, and also the name of the land which surrounds it. The farm that surrounded most of the lake was the property of Margaret and John Harrington. John could not farm the land and moved to the local town of Iron Sides. The family stayed on the farm for many years and eventually moved to old Ottawa. The property is located near Meech Lake—where the Meech Lake Accord was negotiated in 1987—approximately 35 kilometres northwest of Ottawa, in Gatineau Park, amidst the Gatineau Hills in Quebec. The property is not open to the public, but the Mackenzie King Estate, the retreat of Prime Minister William Lyon Mackenzie King at Kingsmere, is a tourist attraction located 2 kilometres south in the park. 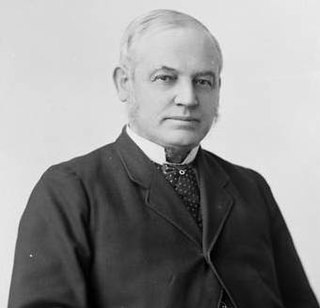 Sir John Carling, of the Carling brewery was a prominent politician and businessman from London, Ontario, Canada. The Carling family and its descendants later resided in Ottawa, Montreal, Halifax, Brockville, London, Toronto, and Windsor, in Canada, as well as Guernsey in the Channel Islands. 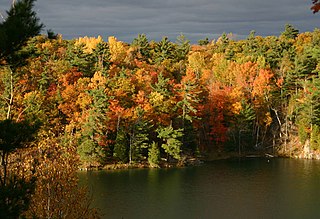 Gatineau Park is located in the Outaouais region of Quebec, Canada. Administered by the National Capital Commission as part of the National Capital Region, Gatineau Park is a 361 square kilometres (139 sq mi) wedge of land extending north and west from the city of Gatineau. With a perimeter of 179.2 kilometres (111.3 mi), the park includes parts of the municipalities of Chelsea, Pontiac, La Pêche, and the City of Gatineau. The main entrance to the park is 4 kilometres (2.5 mi) north of downtown Ottawa, Ontario. 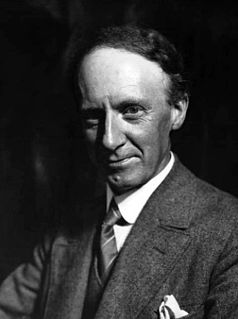 James Edward Hervey MacDonald was an English-Canadian artist and one of the founders of the Group of Seven who initiated the first major Canadian national art movement. He was the father of illustrator Thoreau MacDonald. 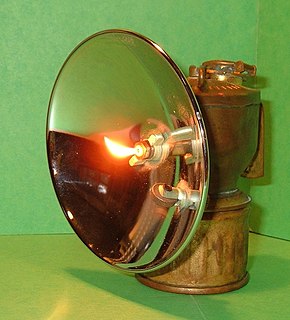 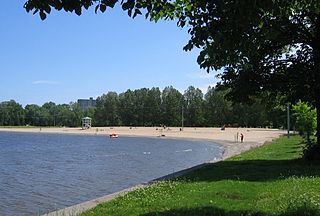 Britannia is a group of neighbourhoods in Bay Ward in the west end of Ottawa, Ontario, Canada. It is located on the Ottawa River across from Aylmer, Quebec, adjacent to its namesake, Britannia Bay, north of Carling Avenue and west of the Sir John A. Macdonald Parkway. The area constituted a municipal ward from 1973 to 1994.

William Wilfred Campbell was a Canadian poet. He is often classed as one of the country's Confederation Poets, a group that included fellow Canadians Charles G.D. Roberts, Bliss Carman, Archibald Lampman, and Duncan Campbell Scott; he was a colleague of Lampman and Scott. By the end of the 19th century, he was considered the "unofficial poet laureate of Canada." Although not as well known as the other Confederation poets today, Campbell was a "versatile, interesting writer" who was influenced by Robert Burns, the English Romantics, Edgar Allan Poe, Ralph Waldo Emerson, Henry Wadsworth Longfellow, Thomas Carlyle, and Alfred Tennyson. Inspired by these writers, Campbell expressed his own religious idealism in traditional forms and genres.

Below is a timeline of events in Hamilton, Ontario, Canada.

This article describes the Economic History of Hamilton, Ontario.

Metcalfe Street is a downtown arterial road in Ottawa, Ontario, Canada. It is named for Charles Theophilus Metcalfe, a nineteenth-century Governor General of the Province of Canada. It is a north-south route, operating one way northbound, providing a key thoroughfare from Highway 417. In the late 19th century and the early 20th century, it was one of the most prestigious addresses in Ottawa being home address of Ottawa's mayor Thomas Birkett, Canada's lumber and railroad baron John Rudolphus Booth, inventor Thomas Willson a.k.a. Carbide Willson, and Sir Alexander Campbell, law partner of Sir John A. Macdonald.

This is a timeline of the history of Ottawa.

John Campbell Hamilton-Gordon, 1st Marquess of Aberdeen and Temair, known as The Earl of Aberdeen from 1870 to 1916, was a Scottish politician. Born in Edinburgh, Hamilton-Gordon held office in several countries, serving twice as Lord Lieutenant of Ireland and serving from 1893 to 1898 as the seventh Governor General of Canada.

The history of Ottawa, capital of Canada, was shaped by events such as the construction of the Rideau Canal, the lumber industry, the choice of Ottawa as the location of Canada's capital, as well as American and European influences and interactions. By 1914, Ottawa's population had surpassed 100,000 and today it is the capital of a G7 country whose metropolitan population exceeds one million.

The Canadian League was a minor league baseball league that operated in Canada in the 19th and early 20th centuries.