The Thomas Wolfe House, also known as the Thomas Wolfe Memorial, is a state historic site, historic house and museum located at 52 North Market Street in downtown Asheville, North Carolina. The American author Thomas Wolfe (1900–1938) lived in the home during his boyhood. The house was designated a National Historic Landmark in 1971 for its association with Wolfe. [2] [3] It is located in the Downtown Asheville Historic District.

The two-story frame house was built in 1883, influenced by Queen Anne style architecture in the United States. [4] By 1906, when Wolfe's mother, Julia E. (Westall) Wolfe (1860-1945), bought the house, it was a boarding house named "Old Kentucky Home". She soon went to live at her business with Tom, while the other Wolfes remained at their Woodfin Street residence. Wolfe lived at the boarding house until he went to the University of North Carolina in 1916. Julia Wolfe enlarged the house in 1917 by adding five rooms.

Wolfe used the house as the setting for his first novel, Look Homeward, Angel (1929). Changing the name of his mother's boarding house to "Dixieland" in his autobiographical fiction, he incorporated his own experiences among family, friends and boarders into the book.

The house became a memorial to Wolfe after his mother's death (he having died relatively young of tuberculosis). It has been open to visitors since the 1950s, owned by the state of North Carolina Department of Natural and Cultural Resources since 1976 and designated as a National Historic Landmark. [5] In 1998, 200 of the house's 800 original artifacts and the house's dining room were destroyed by a fire set by an arsonist during the Bele Chere street festival. The perpetrator remains unknown. [5] After a $2.4 million restoration, the house was re-opened in 2003. [5] 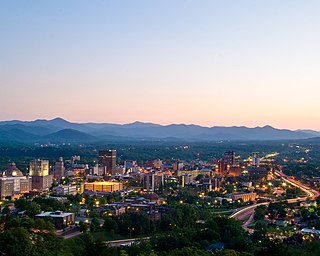 Asheville is a city in, and the county seat of, Buncombe County, North Carolina, United States. Located at the confluence of the French Broad and Swannanoa rivers, it is the largest city in Western North Carolina, and the state's 11th-most populous city. According to the 2020 United States Census, the city's population was 94,589, up from 83,393 in the 2010 census. It is the principal city in the four-county Asheville metropolitan area, which had a population of 424,858 in 2010, and of 469,015 in 2020.

Sylva is an incorporated town located in central Jackson County, in the Plott Balsam Mountains of Western North Carolina, United States. As of the 2010 census, the town had a total population of 2,588. It is the county seat, taking over the role from nearby Webster in 1913. 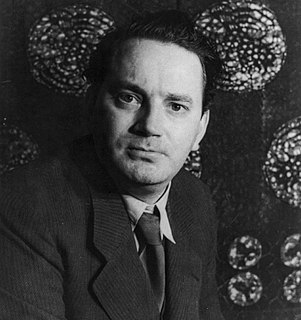 Thomas Clayton Wolfe was an American novelist of the early 20th century.

The Harry S. Truman National Historic Site preserves the longtime home of Harry S. Truman, the thirty-third president of the United States, as well as other properties associated with him in the Kansas City, Missouri metropolitan area. The site is operated by the National Park Service, with its centerpieces being the Truman Home in Independence and the Truman Farm Home in Grandview. It also includes the Noland home of Truman's cousins, and the George and Frank Wallace homes of Bess Truman's brothers. The site was designated a National Historic Site on May 23, 1983. 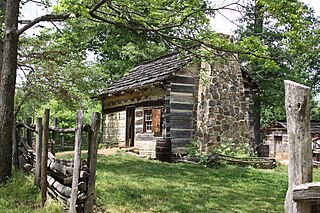 Lincoln Boyhood National Memorial is a United States presidential memorial and a National Historic Landmark District in Lincoln City, Indiana. It preserves the farm site where Abraham Lincoln lived with his family from 1816 to 1830. During that time, he grew from a 7-year-old boy to a 21-year-old man. His mother, Nancy Hanks Lincoln, and at least 27 other settlers were buried here in the Pioneer Cemetery. His sister Sarah Lincoln Grigsby was buried in the nearby Little Pigeon Baptist Church cemetery, across the street at Lincoln State Park. 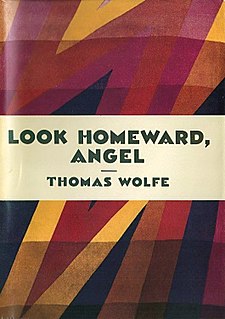 Look Homeward, Angel: A Story of the Buried Life is a 1929 novel by Thomas Wolfe. It is Wolfe's first novel, and is considered a highly autobiographical American coming-of-age story. The character of Eugene Gant is generally believed to be a depiction of Wolfe himself. The novel briefly recounts Eugene's father's early life, but primarily covers the span of time from Eugene's birth in 1900 to his definitive departure from home at the age of 19. The setting is a fictionalization of his home town of Asheville, North Carolina, called Altamont, Catawba, in the novel. 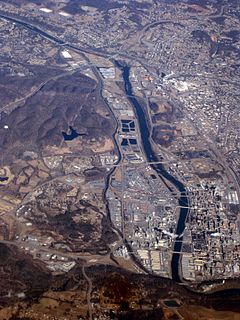 Long Island, also known as Long Island of the Holston, is an island in the Holston River at Kingsport in East Tennessee. Important in regional history since pre-colonial times, the island is listed on the National Register of Historic Places and is designated as a U.S. National Historic Landmark District. 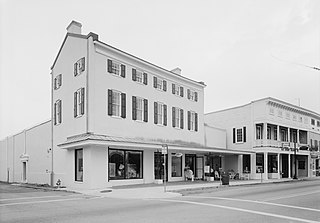 Beaufort Historic District is a historic district in Beaufort, South Carolina. It was listed on the National Register of Historic Places in 1969, and was declared a National Historic Landmark in 1973.

The Thomas Sully Residence is a historic rowhouse at 530 Spruce Street in Philadelphia, Pennsylvania, USA. It was briefly (1828–29) a home of painter Thomas Sully (1783-1872), who lived in Philadelphia for the last 64 years of his life. It was declared a National Historic Landmark in 1965. It is a private residence, and is not open to the public. 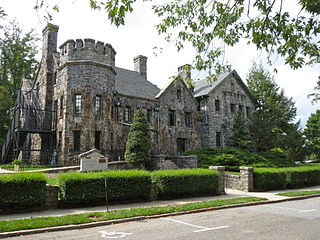 The Montford Area Historic District is a mainly residential neighborhood in Asheville, North Carolina that is included in the National Register of Historic Places.

The Willa Cather House, also known as the Willa Cather Childhood Home, is a historic house museum at 241 North Cedar Street in Red Cloud, Nebraska. Built in 1878, it is the house where author Willa Cather (1873–1947) grew up. Cather's descriptions of frontier life in Nebraska were an important part of literary canon of the early 20th century. The house was declared a National Historic Landmark in 1971. The house is one of eight structures that make up the Willa Cather State Historic Site, which is owned by the Willa Cather Foundation.

The Harry S. Truman Historic District is a National Historic Landmark District encompassing sites closely associated with US President Harry S. Truman in Independence, Missouri. It includes the Truman Home at 219 North Delaware, Truman's home for much of his adult life and now a centerpiece of the Harry S. Truman National Historic Site, and the Truman Presidential Library. The district was listed on the National Register of Historic Places in 1971, and was designated a National Historic Landmark in 1974. When first listed, the district included only the two buildings and a corridor joining them. It was substantially enlarged in 2011 to include more sites and the environment in which Truman operated while living in Independence.

Downtown Asheville Historic District is a national historic district located at Asheville, Buncombe County, North Carolina. The district encompasses about 279 contributing buildings and one contributing object in the central business district of Asheville. It includes commercial, institutional, and residential buildings in a variety of popular architectural styles including Colonial Revival, Queen Anne, and Art Deco. 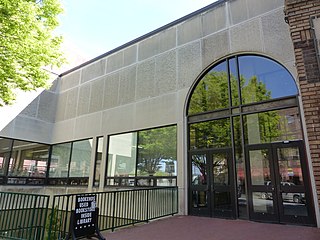 Pack Memorial Library is a public library located in downtown Asheville, North Carolina. It is the main branch of the Buncombe County Public Library System.