The Woodrow Wilson Family Home is located in Columbia, South Carolina [2] [3] and was one of the childhood homes of the 28th President of the United States, Woodrow Wilson.

The house, completed by late 1871, was the only one that Woodrow Wilson's parents would ever own. [4] They lived there for four years, before Wilson's father resigned his position as pastor. [5]

A grassroots movement in 1928 preserved the home and prevented its scheduled demolition. It opened to the public as a museum in 1932. The house is furnished with period pieces from the 1850s–1870s, although only a few were owned by the Wilson family. They include, although he was not born in the house, the bed on which Wilson was born. [5] Stewardship of the site shifted to Historic Columbia in 1967. The revised interpretation of the site debuted in February 2014. Since that time, Historic Columbia has been recognized as a leader in interpreting this typically un- or under-interpreted history of our nation. [6]

In October 2005, the home closed to tours in preparation for a complete renovation of the structure and landscaping. [7] In April 2009 the first of three phases of renovation began, starting with structural repairs. [8] Phase two, which included a new building on the property, electrical upgrades and minor carpentry work, was completed in late 2012. The new building, located in an area where previous support buildings stood in the past, includes bathrooms, a catering kitchen and mechanical and electrical rooms to offer the ability to host events at the home. [9] The renovation was completed in 2013, with re-opening to the public planned for 2014. [10]

Today, the house interprets the Reconstruction period—as experienced by the Wilsons and other citizens of Columbia and Richland County—as South Carolina and the rest of the nation shifted socially, politically and economically to adjust to new freedoms for previously enslaved men and women following the Civil War. Their experiences would be the basis for our modern interpretation of citizenship in the United States.

Columbia is the capital and second largest city of the U.S. state of South Carolina, with a population estimate of 133,451 as of 2018. The city serves as the county seat of Richland County, and a portion of the city extends into neighboring Lexington County. It is the center of the Columbia metropolitan statistical area, which had a population of 767,598 as of the 2010 United States Census, growing to 832,666 by July 1, 2018, according to 2018 U.S. Census estimates. This makes it the 70th largest metropolitan statistical area in the nation, as estimated by the United States Census Bureau as of July 1, 2018. The name Columbia is a poetic term used for the United States, originating from the name of Christopher Columbus. The city is located approximately 13 miles (21 km) northwest of the geographic center of South Carolina, and is the primary city of the Midlands region of the state. It lies at the confluence of the Saluda River and the Broad River, which merge at Columbia to form the Congaree River. Columbia is home to the University of South Carolina, the state's flagship university and the largest in the state, and is also the site of Fort Jackson, the largest United States Army installation for Basic Combat Training. Columbia is also located 20 miles west of the site of McEntire Joint National Guard Base, which is operated by the U.S. Air Force and is used as a training base for the 169th Fighter Wing of The South Carolina Air National Guard. Columbia is also the location of the South Carolina State House, which is the center of government for the state. In 1860, the city was the location of the South Carolina Secession Convention, which marked the departure of the first state from the Union in the events leading up to the Civil War.

The Woodrow Wilson Presidential Library and Museum is a complex located in Staunton, Virginia. It contains the President's birthplace, known as the "Manse", a Museum that explores the life and times of Woodrow Wilson (1856–1924), a 6,800 square feet (630 m2) Research Library, a gift shop, and several other buildings that are not open to the public. As Woodrow Wilson's presidency predates the National Presidential Libraries act, it is not part of the Federal National Archives' Presidential library system.

The South Carolina Governor's Mansion is a historic U.S. governor's mansion in the Arsenal Hill neighborhood of Columbia, South Carolina and the official residence of the Governor of South Carolina. It is a Federal style home influenced by British Colonial plantations. The building has a white stucco exterior and originally served as faculty quarters for the Arsenal Academy, which together with the Citadel Academy in Charleston formed the South Carolina Military Academy. The Arsenal was burned along with the city of Columbia by Sherman's forces in February, 1865; the structure was the only surviving building and became South Carolina's executive mansion in 1868. On June 5, 1970, the building was registered with the U.S. National Register of Historic Places. The mansion is located on a single city block, and is surrounded by magnolia plants, elm and oak trees, and various other plants. It is accessed by a circular driveway around a fountain in front on the residence's main entrance. Scott Bolser oversees maintenance of the historic grounds at the mansion. The building has a flat roof and a large central pavilion around the main entrance. The mansion has 15 rooms. It is located in Columbia Historic District I. The mansion is currently occupied by Governor Henry McMaster and his family. 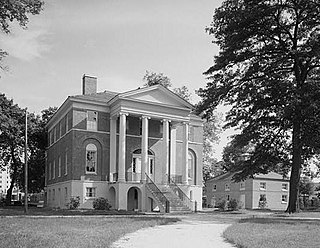 The Robert Mills House, also known as Robert Mills Historic House and Park or the Ainsley Hall House, is a historic house museum at 1616 Blanding Street in Columbia, South Carolina. Built in 1823 to a design by Robert Mills, it was designated a National Historic Landmark in 1973 for its architectural significance. The Historic Columbia Foundation owns and operates the home, which has been furnished with decorative arts of the early 19th century, including American Federal, English Regency, and French Empire pieces.

This is a list of the National Register of Historic Places listings in Richland County, South Carolina.

Augusta Downtown Historic District is a historic district that encompasses most of Downtown Augusta, Georgia and its pre-Civil War area.

The Woodrow Wilson Boyhood Home is a historic house museum at 419 7th Street in Augusta, Georgia. Built in 1859, it was a childhood home of Woodrow Wilson (1856–1924), the 28th president of the United States and proponent of the League of Nations. The house is owned and operated by Historic Augusta, Inc., and was designated a National Historic Landmark on October 6, 2008. 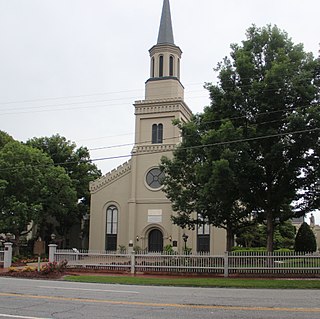 First Presbyterian Church is an historic Presbyterian church located at 642 Telfair Street in Augusta, Georgia in the United States. 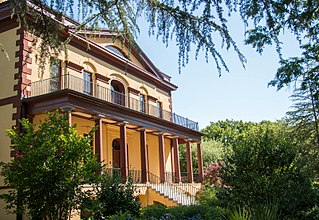 The Hampton–Preston House located at 1615 Blanding Street in Columbia, South Carolina, is a historic mansion that was the home of members of the prominent Hampton family. It was listed in the National Register of Historic Places on July 29, 1969. 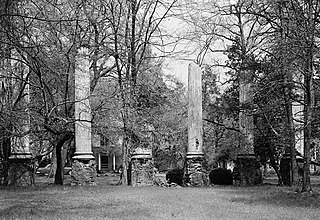 Millwood is the site and ruins of an antebellum plantation house at 6100 Garner's Ferry Road, Columbia, South Carolina. Owned by Colonel Wade Hampton II and his wife Ann Fitzsimmons Hampton, it was the boyhood home of their first son Wade Hampton III and other children. He later became a Confederate general and later, South Carolina governor, and U.S. Senator. 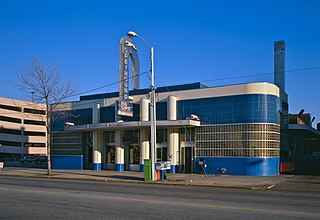 The Greyhound Bus Depot is a former Greyhound Lines intercity bus station in Columbia, South Carolina. It is at 1200 Blanding Street in downtown Columbia. The depot was named to the National Register of Historic Places on December 28, 1989. After the bus terminal was closed, the building became a bank. Currently, it is a physician's office.

Richland Library is the public library system of Richland County, South Carolina. In December 2012, the library shortened its name from Richland County Public Library. It has 11 branches including its 242,000 sq ft (22,500 m2) Main Library. In 2001, it was named the National Library of the Year by the Library Journal and the Gale Group.

The First Presbyterian Church is a historic church building in Columbia, South Carolina. Constructed in 1854, it was added to the National Register of Historic Places on January 25, 1971.

The B.B. Kirkland Seed and Distributing Company is a three-story historic warehouse building at 912 Lady Street in Columbia, South Carolina. It was listed on the National Register of Historic Places in 1979. 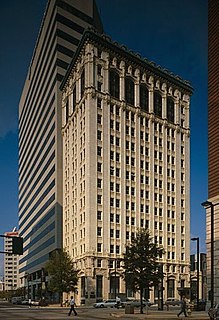 The Palmetto Building, built during 1912-1913, is an early skyscraper in Columbia, South Carolina. It was designed by architect Julius Harder, and Wilson and Sompayrac served as supervising architects. Upon completion it was the tallest building in South Carolina. 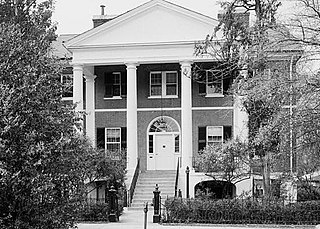 Debruhl-Marshall House is a historic home located in Columbia, South Carolina. It was built in 1820, and is a two-story, five bay, brick Greek Revival style dwelling. It has a gabled slate roof and full basement. The front facade features a three bay portico supported by four massive Doric order columns.

The following is a timeline of the history of the city of Columbia, South Carolina, USA.

Allen University Historic District is a historic district in Columbia, South Carolina that includes buildings on the campus of Allen University, originally established as Payne Institute. Buildings in the district include Arnett Hall, the Chappelle Administration Building, Coppin Hall, the Joseph Simon Flippen Library, and the Canteen Building. The district was listed on the National Register of Historic Places April 14,1975. The address is 1530 Harden Street. Originally in a suburb, th universitcy is now near downtown.