Thomas Mallett Wythe (1814 –1854) was a Nineteenth-century cricketer from England. A batsman of unknown handedness, he played ten first-class cricket matches for the Marylebone Cricket Club between 1839 and 1841. [1] He also spent time playing for invitational XIs in Cambridge and for Lincoln's Inn, one of the Inns of Court in London. [2] He died aged 40, in Colchester, Essex. [3]

Sachin Ramesh Tendulkar is an Indian former international cricketer and a former captain of the Indian national team. He is widely regarded as one of the greatest batsmen in the history of cricket. He is the highest run scorer of all time in International cricket. Tendulkar took up cricket at the age of eleven, made his Test debut on 15 November 1989 against Pakistan in Karachi at the age of sixteen, and went on to represent Mumbai domestically and India internationally for close to twenty-four years. He is the only player to have scored one hundred international centuries, the first batsman to score a double century in an ODI, the holder of the record for the most runs in both Test and ODI, and the only player to complete more than 30,000 runs in international cricket. He is colloquially known as Little Master or Master Blaster, In 2001, Sachin Tendulkar became the first batsman to complete 10,000 ODI runs in his 259 innings. In 2002, halfway through his career, Wisden Cricketers' Almanack ranked him the second greatest Test batsman of all time, behind Don Bradman, and the second greatest ODI batsman of all time, behind Viv Richards. Later in his career, Tendulkar was a part of the Indian team that won the 2011 World Cup, his first win in six World Cup appearances for India. He had previously been named "Player of the Tournament" at the 2003 edition of the tournament, held in South Africa. In 2013, he was the only Indian cricketer included in an all-time Test World XI named to mark the 150th anniversary of Wisden Cricketers' Almanack. 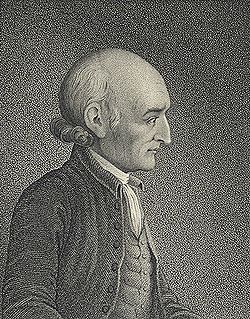 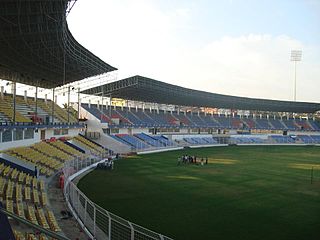 The Fatorda, officially known as the Jawaharlal Nehru Stadium, is a multi-purpose stadium situated in Margao, Goa. The venue has been used to host both international football as well as cricket matches. It is Goa's only international stadium and has a seating capacity of 19,000 people. It has hosted 9 ODIs. The venue was established in 1989 and is owned and operated by the Sports Authority of Goa. It is currently the home stadium of FC Goa.

'Craig Innes, also known by the nickname of "Postie", is a New Zealand former rugby union and rugby league footballer who played in the 1980s and 1990s. After a successful rugby union career which saw him represent his country he switched to rugby league, playing in both England and Australia, winning the 1996 ARL Premiership, before playing out the last years of his career in rugby union in New Zealand. 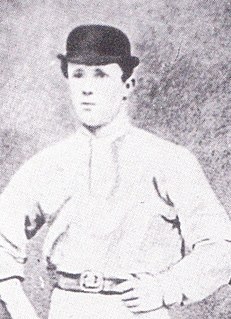 Thomas Humphrey was an English cricketer who played first-class cricket for Surrey between 1862 and 1874.

Devon Cuthbert Thomas is a West Indian cricketer from Antigua. A right-hand batsman and wicket keeper, he played only one season for Leeward Islands before being given his One Day International debut on 28 July 2009 against Bangladesh while the first team were involved in a pay dispute with the West Indies Cricket Board. He batted in only one innings, scoring 29* from 32 balls, and took two wickets with his right-arm medium pace bowling.

Arafat Sunny is a Bangladeshi first-class cricketer. A left-handed batsman and slow left arm orthodox bowler, he made his debut for Dhaka Division in the 2001–02 season. He currently plays first-class cricket for Dhaka Metropolis, and Twenty20 cricket for the Rangpur Riders. He has the bowling figures of 4/29 and 4/27 against Zimbabwe in consecutive ODIs in the bilateral series in 2014.

In the 1948 season, Somerset County Cricket Club competed in the County Championship, finishing twelfth out of seventeen teams. They were officially captained by three amateurs through the season; initially by Mandy Mitchell-Innes; then by Jake Seamer; and finally by George Woodhouse. The strains on consistent leadership were reflected in Somerset's variable form: after failing to win their first eight matches. Somerset did not win, lose or draw twice in consecutive matches in their following eight matches. In all, they won five times that season, and depended heavily upon the batting of Harold Gimblett, who scored 1,741 runs, and was Somerset's only player to score a century.

William Frederick Percy Hutton, known as Percy Hutton, was an Australian cricketer who played a single first-class match for South Australia during the 1905–06 Sheffield Shield season. A wicket-keeper, he was only to keep wicket for a small portion of the game, after being injured early. Later in life, Hutton also won golf and lawn bowls tournaments, including some national events in the latter sport. Outside of sports, he was prominent in South Australian agricultural circles, holding a position with the Australian Wheat Board. He was also a councillor for the City of Unley.

Thomas Ferrier Hamilton was an Australian politician, pastoralist, and sportsman. A grandson of the 2nd Viscount Gort, he was born in Linlithgowshire, Scotland, but emigrated to Australia in 1839. With his cousin, John Carre Riddell, Hamilton owned a pastoral lease near Gisborne, Victoria. A local magistrate and justice of the peace, he was elected to the Victorian Legislative Council in 1872, sitting as a member for the Southern Province until 1884. He also sat on the Gisborne Road Board, including as chairman for a time. A member of the Melbourne Cricket Club, Hamilton was a keen cricketer, and played several matches for Victorian representative teams, including the inaugural first-class match in Australia.

Nicholas Pooran is a Trinidadian cricketer who plays for the West Indies cricket team in international cricket and for the Trinidad and Tobago in West Indian domestic matches.

Gavon Nicaughter Brown is a Jamaican cricketer who has played for the Jamaican national side in West Indian domestic cricket. He is a right-handed batsman and left-arm fast-medium bowler.

Shacaya Elrick Thomas is a Jamaican cricketer who has played for both Jamaica and the Combined Campuses and Colleges in West Indian domestic cricket.