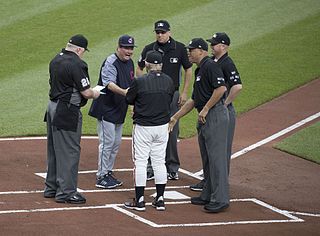 In baseball, the umpire is the person charged with officiating the game, including beginning and ending the game, enforcing the rules of the game and the grounds, making judgment calls on plays, and handling the disciplinary actions. The term is often shortened to the colloquial form ump. They are also sometimes addressed as blue at lower levels due to the common color of the uniform worn by umpires. In professional baseball, the term blue is seldom used by players or managers, who instead call the umpire by name. Although games were often officiated by a sole umpire in the formative years of the sport, since the turn of the 20th century, officiating has been commonly divided among several umpires, who form the umpiring crew.

Zacharias umpired 52 National League games in 1890, 35 of them as the home plate umpire. Zacharias resigned in late June 1890, stating that he "would rather work in an iron-mill than umpire". [1] A few days before his resignation, loud protests from fans ensued after a call he made at a Philadelphia-Boston game. [2]

The National League of Professional Baseball Clubs, known simply as the National League (NL), is the older of two leagues constituting Major League Baseball (MLB) in the United States and Canada, and the world's oldest current professional team sports league. Founded on February 2, 1876, to replace the National Association of Professional Base Ball Players (NAPBBP) of 1871–1875,, the NL is sometimes called the Senior Circuit, in contrast to MLB's other league, the American League, which was founded 25 years later.

Though his date and place of birth are unknown, it is known that he died on March 30, 1892 in Homestead, Pennsylvania. [3] He was run over and killed by a freight train. [4]

Homestead is a borough in Allegheny County, Pennsylvania, USA, in the Monongahela River valley 7 miles (11 km) southeast of downtown Pittsburgh and directly across the river from the city limit line. The borough is known for the Homestead Strike of 1892, an important event in the history of labor relations in the United States. The population of Homestead was 3,165 at the 2010 census.

William "Buck" Ewing was an American Major League Baseball player and manager. He was the first 19th-century catcher elected to the Baseball Hall of Fame and was named one of the top five 19th-century players in a 1999 poll by the Society for American Baseball Research. 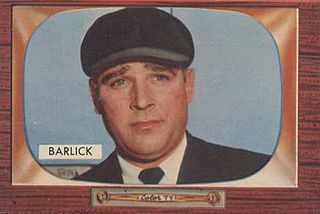 Albert Joseph Barlick was an American umpire in Major League Baseball who worked in the National League for 28 seasons. Barlick missed two seasons (1944–45) due to service in the United States Coast Guard and two seasons (1956–57) due to heart problems. He umpired seven World Series and seven All-Star Games. 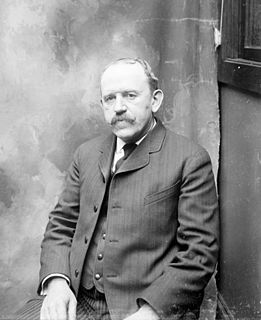 John F. Sheridan was an American umpire in Major League Baseball. In his 30-year career as an official, he worked 18 seasons between 1890 and 1914 in three major leagues. Several of Sheridan's contemporaries considered him to be the best major league umpire. He pioneered the crouching stance used by modern umpires at home plate. In 1945, Sheridan was named to the Roll of Honor of the Baseball Hall of Fame.

Thomas William Corcoran was an American shortstop in Major League Baseball who played for the Pittsburgh Burghers (1890), Philadelphia Athletics (1891), Brooklyn Grooms/Brooklyn Bridegrooms (1892–1896), Cincinnati Reds (1897–1906) and the New York Giants (1907). The 5 ft 9 in (1.75 m) Connecticut native occasionally played second base later in his career. He batted and threw right-handed. 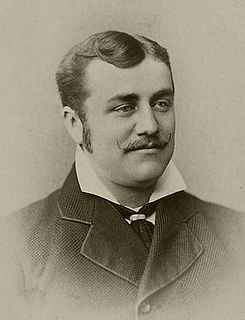 Charles Wesley Jones was an American left fielder in the National Association and Major League Baseball who hit 56 home runs and batted .298 during his twelve-year career. He was born in Alamance County, North Carolina.

Ernest Cosmos Quigley was a Canadian-born American sports official who became notable both as a basketball referee and as an umpire in Major League Baseball. He also worked as an American football coach and official. 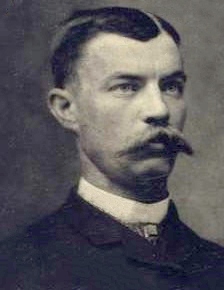 George Albert Wood, also known as "Dandy" Wood, was a Canadian-born professional baseball player and manager whose career spanned from 1878 to 1896. He played 13 seasons of Major League Baseball, primarily as an outfielder, for the Worcester Ruby Legs (1880), Detroit Wolverines (1881–85), Philadelphia Quakers (1886–89), Philadelphia Athletics (1890–91), Baltimore Orioles, and Cincinnati Reds (1892). In 1891, he served as both a player and the manager of the Athletics.

Thomas Tarlton Brown was an Anglo-American center fielder in Major League Baseball. Born in Liverpool, Lancashire, England, he played for 17 seasons, a career in which he batted .265 while scoring 1,521 runs with 1,951 hits. Upon his retirement he served as an umpire, working mostly in the National League in 1898 and 1901–1902. 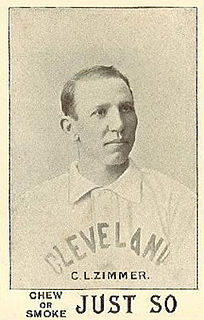 Charles Louis Zimmer was an American professional baseball player whose playing career spanned from 1884 to 1906. He played for 19 seasons as a catcher in Major League Baseball (MLB), including 13 seasons for the Cleveland Blues/Spiders (1887–1899), three seasons for the Pittsburgh Pirates (1900–1902), and one season as the player/manager of the Philadelphia Phillies (1903).

Lazaro Antonio Díaz Sr. is an umpire in Major League Baseball. He joined the American League's full-time staff in 1999, and has worked in both major leagues since 2000.

Henry John Gruber was an American professional baseball pitcher who played from 1885 through 1895. A right-hander, he played five years in Major League Baseball with the Detroit Wolverines (1887–88) and Spiders of the National League and the Cleveland Infants (1890) of the Players' League. He won 61 games and lost 78 in his career, and had a 3.67 earned run average (ERA). He was also the first professional coach hired by the Yale University baseball team, holding that position in 1892. 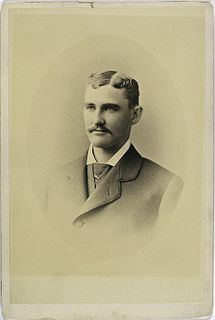 William H. "Adonis" Terry was an American Major League Baseball player whose career spanned from his debut with the Brooklyn Atlantics in 1884, to the Chicago Colts in 1897. In his 14 seasons, he compiled a 197-196 win–loss record, winning 20 or more games in a season four different times.

Cyrus Edward Swartwood was an American professional baseball player and umpire. He played all or part of nine seasons in Major League Baseball, primarily as a right fielder and first baseman. He played for the Buffalo Bisons (1881), Pittsburgh Alleghenys/Pirates, Brooklyn Grays (1885–87), and Toledo Maumees (1890). A native of Rockford, Illinois, he stood 5 feet 11 inches (1.80 m) and weighed 198 pounds (90 kg). 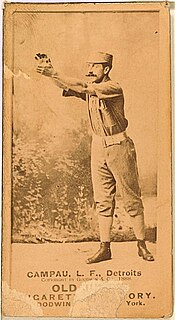 Charles Columbus "Count" Campau was an American professional baseball outfielder. He played in Major League Baseball (MLB) from 1888 through 1894 for the Detroit Wolverines, St. Louis Browns, and Washington Senators. He was the American Association's home run leader in 1890 and was also the Browns' manager for 41 games that season. 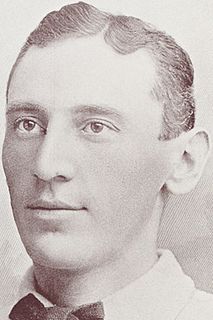 Edward F. Stein was a Major League Baseball player who pitched for the Chicago Colts and Brooklyn Grooms/Bridegrooms of the National League from 1890 to 1898.

John Henry "Herm" Doscher, Sr. was an American third baseman and umpire in the early years of professional baseball, playing for five different teams in the National Association and National League from 1872 though 1882. He also served as a regular umpire in both early major leagues, the NL (1880–81) and American Association. His son Jack was a major league pitcher for several years, mainly for the Brooklyn Superbas. Jack Doscher was the first son of a major leaguer to also play in the majors.

The surname Zacharias, and various related forms, are derived from the Hebrew given name Zechariah People with this surname or its variants include:

Thomas Zacharias may refer to: