Thomas de Berkeley (c. 1293 or 1296 – 27 October 1361), The Rich, feudal baron of Berkeley, of Berkeley Castle in Gloucestershire, England, was a peer. His epithet, and that of each previous and subsequent head of his family, was coined by John Smyth of Nibley (d.1641), steward of the Berkeley estates, the biographer of the family and author of "Lives of the Berkeleys".

In the kingdom of England, a feudal barony or barony by tenure was the highest degree of feudal land tenure, namely per baroniam, under which the land-holder owed the service of being one of the king's barons. The duties owed by and the privileges granted to feudal barons cannot now be defined exactly, but they involved the duty of providing soldiers to the royal feudal army on demand by the king, and the privilege of attendance at the king's feudal court, the precursor of parliament.

Berkeley Castle is a castle in the town of Berkeley, Gloucestershire, UK. The castle's origins date back to the 11th century and it has been designated by English Heritage as a grade I listed building.

He was the eldest son and heir of Maurice de Berkeley, 2nd Baron Berkeley by his wife Eve la Zouche.

In 1327 he was made joint custodian of the deposed King Edward II, whom he received at Berkeley Castle. He was later commanded to deliver custody of the king to his fellow custodians, namely John Maltravers, 1st Baron Maltravers and Sir Thomas Gournay. He left the king at Berkeley Castle and with heavy cheere perceiving what violence was intended he journeyed to Bradley. The king was murdered at Berkeley Castle during his absence. As an accessory to the murder of the deposed king, he was tried by a jury of 12 knights in 1330 and was honourably acquitted. 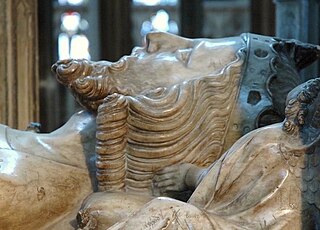 Edward II, also called Edward of Carnarvon, was King of England from 1307 until he was deposed in January 1327. The fourth son of Edward I, Edward became the heir apparent to the throne following the death of his elder brother Alphonso. Beginning in 1300, Edward accompanied his father on campaigns to pacify Scotland, and in 1306 was knighted in a grand ceremony at Westminster Abbey. Following his father's death, Edward succeeded to the throne in 1307. He married Isabella, the daughter of the powerful King Philip IV of France, in 1308, as part of a long-running effort to resolve tensions between the English and French crowns. 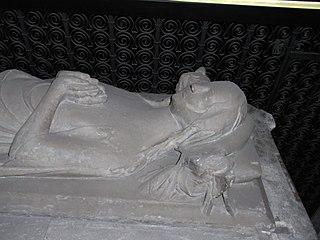 Margaret Mortimer, Baroness Berkeley was the wife of Thomas de Berkeley, 3rd Baron Berkeley. She was the eldest daughter of Roger Mortimer, 1st Earl of March, the de facto ruler of England from 1327 to 1330, and his wife Joan de Geneville, Baroness Geneville.

He died on 27 October 1361 in Gloucestershire and was succeeded by Maurice de Berkeley, 4th Baron Berkeley (born 1320, date of death unknown), eldest son and heir from his first marriage.

John Sutton VI, 1st Baron Dudley, Knight of the Garter, was an English nobleman, a diplomat, and councillor of King Henry VI. He fought in several battles during the Hundred Years War and the Wars of the Roses, in addition, he acted as Lord Lieutenant of Ireland from 1428 to 1430. 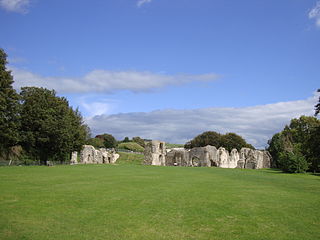 Sir Thomas FitzAlan of Betchworth Castle in Surrey was a medieval English knight.

The Berkeley family is an aristocratic English family, nearly unique in English history in that it has to this day an unbroken male line of descent from a noble Saxon ancestor before the Norman conquest of England in 1066 and also retains possession of much of the lands it held from the 11th and 12th centuries, centred on Berkeley Castle in Gloucestershire, which still belongs to the family. 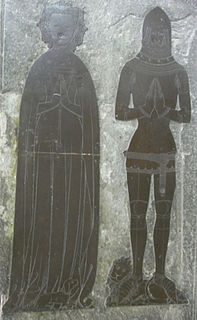 Sir John Berkeley, of Beverston Castle, Gloucestershire was an English politician. He was the son of Thomas de Berkeley, 3rd Baron Berkeley of Berkeley Castle and Katherine Clivedon. He was knighted before 1383.